Several days ago, Mike Pence did not stand for the North Korean team’s entrance at the opening ceremonies of the Olympics. 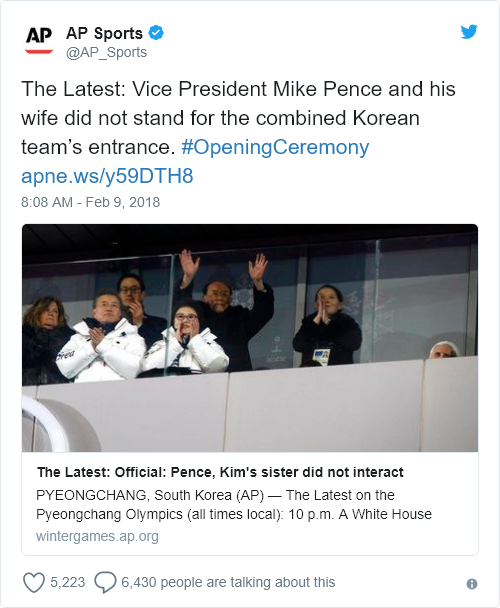 And of course, Chris Murphy thought this was a perfect opportunity to slam Mike Pence and make a snarky comparison to the NFL kneeling … even though the two are nothing alike.

No one ever accused Democrats of being overly bright or thoughtful. 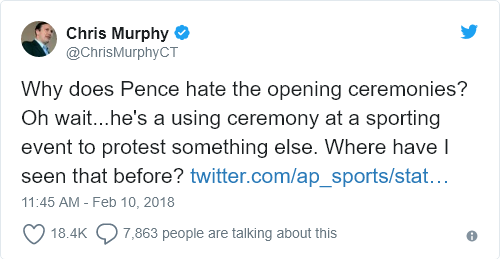 Seriously, if you can read that tweet without rolling your eyes or releasing an audible sigh you are bigger people than we are.

Seems Dana Loesch missed this stupid tweet, or ‘insane’ tweet, as she calls it – probably because Murphy sends a lot of silly tweets and it can be difficult to tell one gem from another. 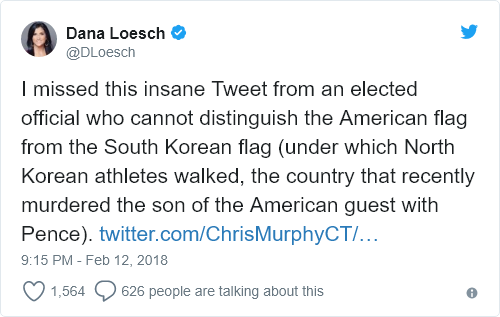 We’re not sure she really ‘missed it.’

We never ‘miss’ his tweets. 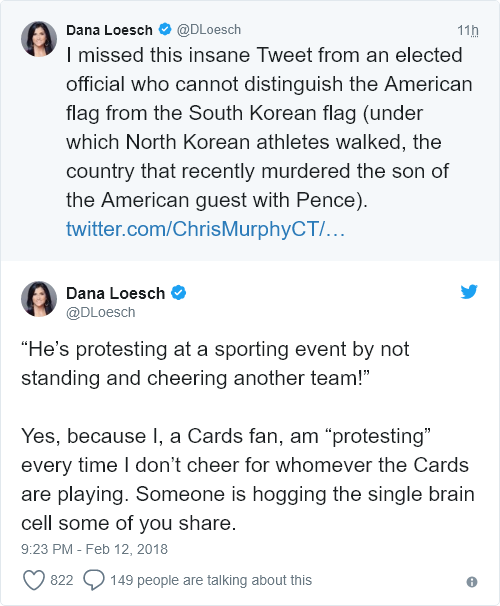 Surely Chris has been to a sporting event before and is familiar with teams being competitive, and fans rooting for their team and not the other?

Then again he is a Democrat so it’s possible he’s unfamiliar with sports, they don’t seem to enjoy competition very much. 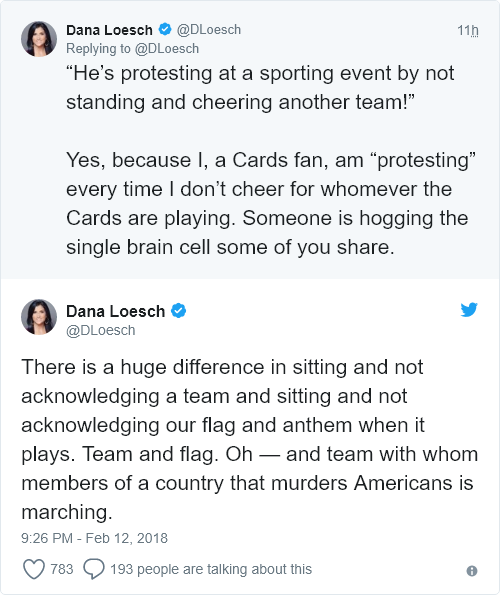 Oh, that’s right. North Korea is the most oppressive, evil, murderous regime in the world … gosh, it’s like he and the rest of Lefty America keeps forgetting about that.

Anything to make a dig at Pence though, right Chris?