If you really want to know what North Korea is all about, don’t look at the happy cheerleaders clapping in unison, don’t read the swooning headlines about Kim Yo-Jong being the next Ivanka Trump … no, read THIS thread.

If you can make it through.

It is a brutally honest take on the world’s most evil and oppressive regime: 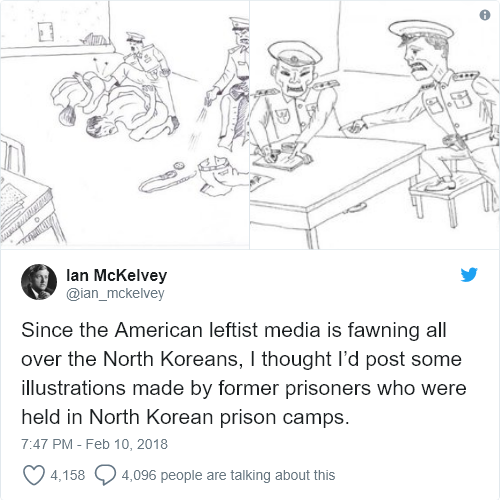 These were drawn by people who actually made it out of the prison camps, which when you read about these camps you realize how rare their survival really is.

But hey media, tell us more about mean ol’ Pence getting the stink eye from Kim Jong-un’s sister. 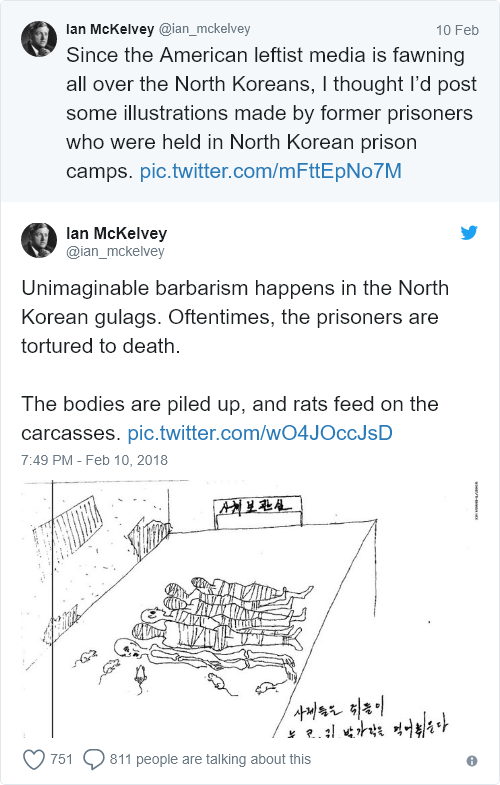 But those cheerleaders were so enchanting and Reuters gave North Korea the gold in diplomacy. 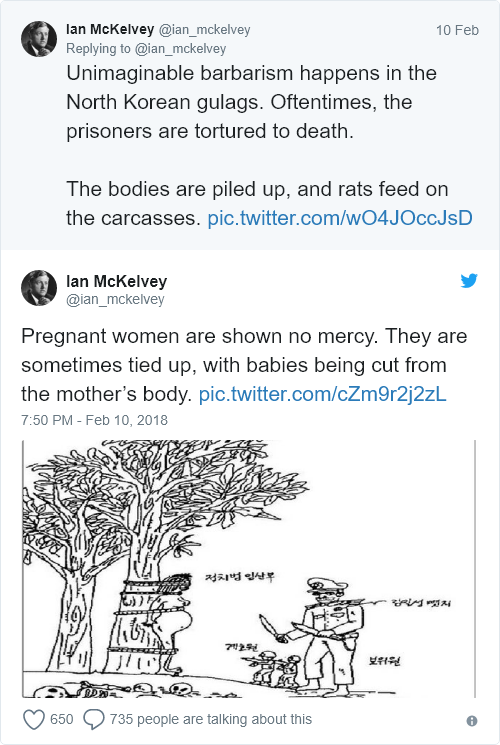