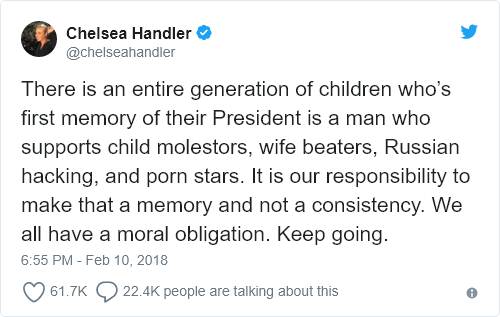 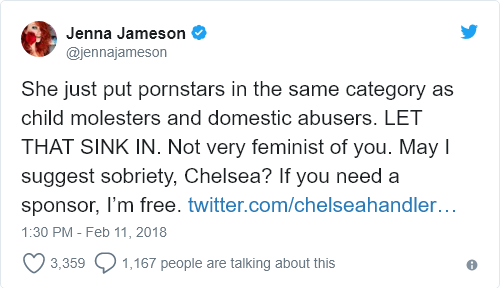 Yet she offered to help her get sober.

And they say people on the right aren’t kind. 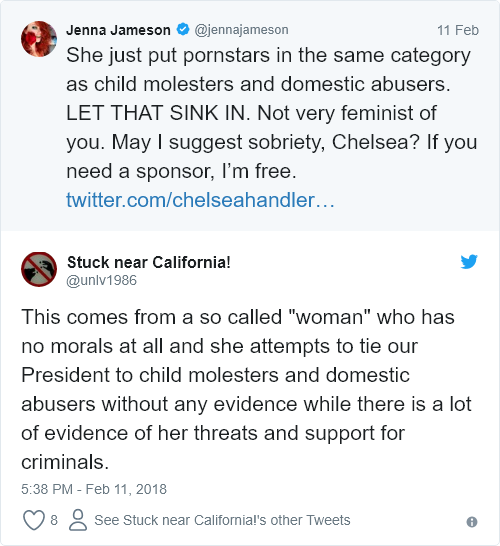 Chelsea certainly does send a lot of tweets from a glass house. 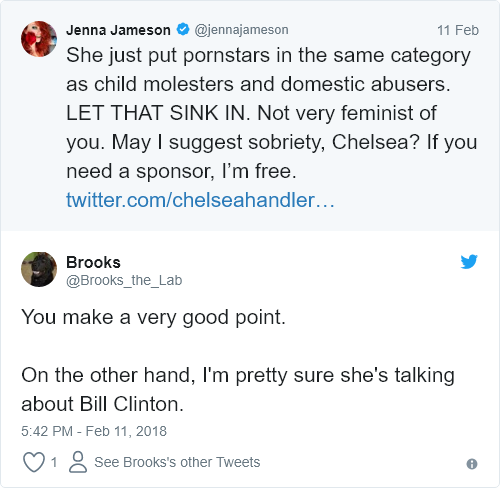 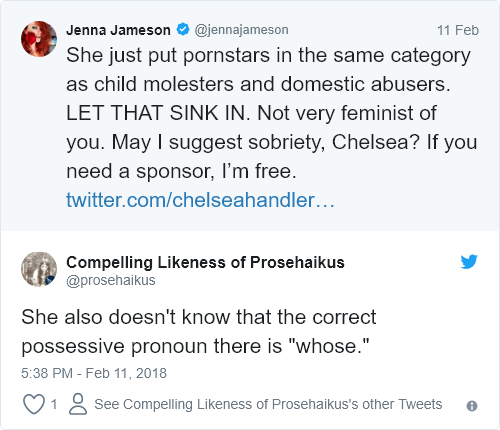 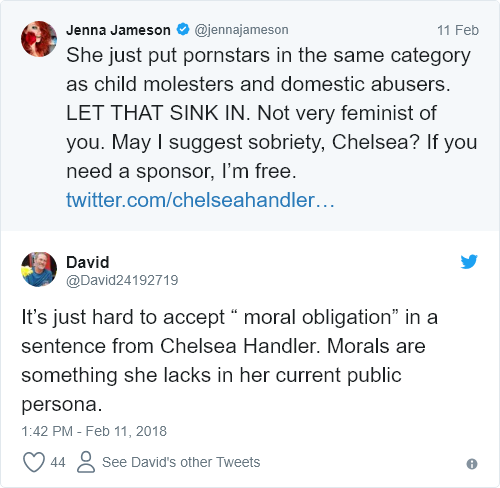 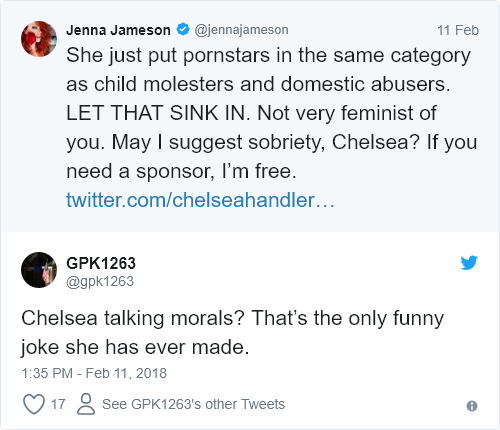 And alienating an entire section of the population that USUALLY follows and supports her.

Wonder when she’ll figure out that every time she tweets she helps elect Trump in 2020 just a little bit more?

She’s got FAIL: Chelsea Handler’s call for Conservative women to be KICKED out of the White House BACKFIRES