So Chelsea Handler’s GENIUS plan to protect women’s fundamental rights is to kick women who have fought long and hard to be in jobs like they’re in under President Trump to quit and walk out. Because somehow a woman having authority and power is suddenly a bad thing since Trump is president.

We’re starting to wonder just how many paint chips she ingested as a child.

Maybe as an adult, who knows? 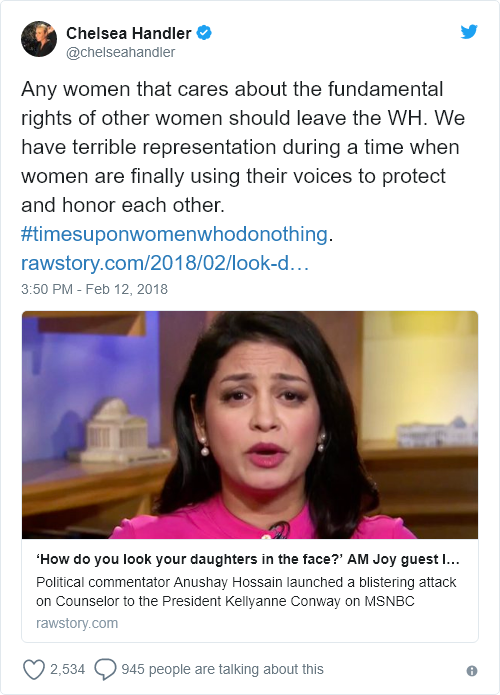 Most women know their ‘fundamental rights’ are the same as men’s and probably think very little of what Chelsea wants them to do but still, this is hilarious. 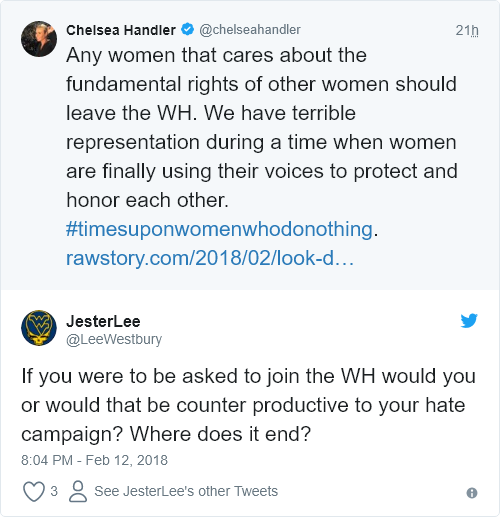 She’d make a big production about how she’s going to make a difference if Trump fell, hit his head and suddenly decided she should be a part of his administration. 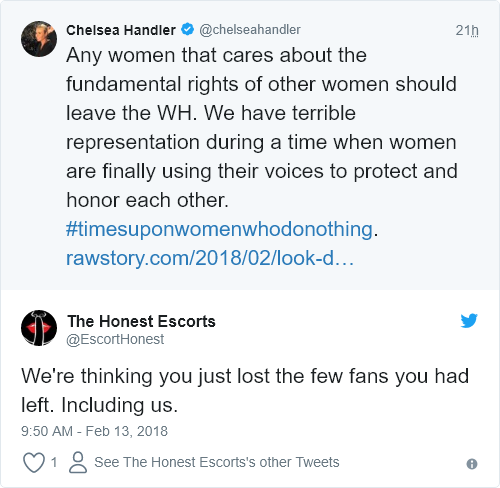 How brain-dead do you have to be to tell women WHO CAN MAKE THINGS BETTER FOR WOMEN to resign because you don’t like the president? 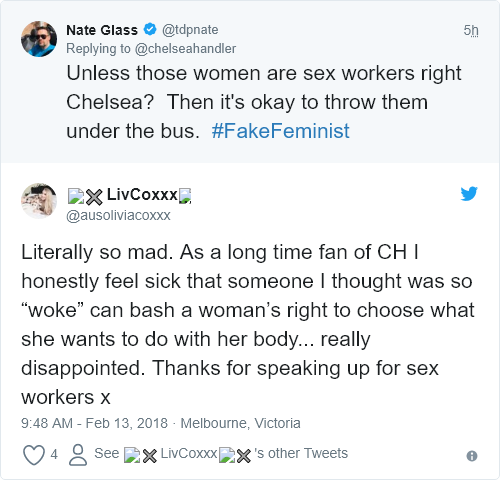 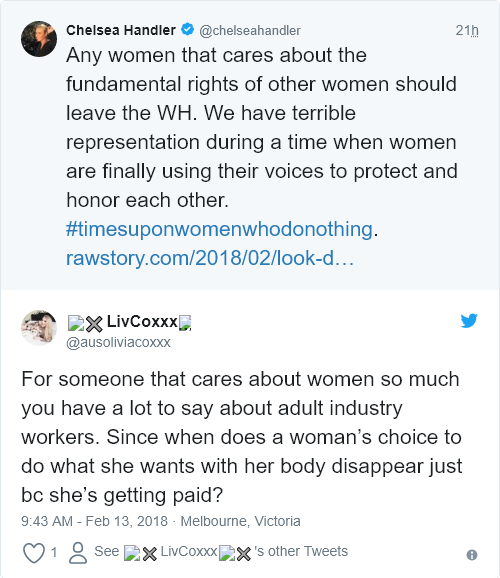 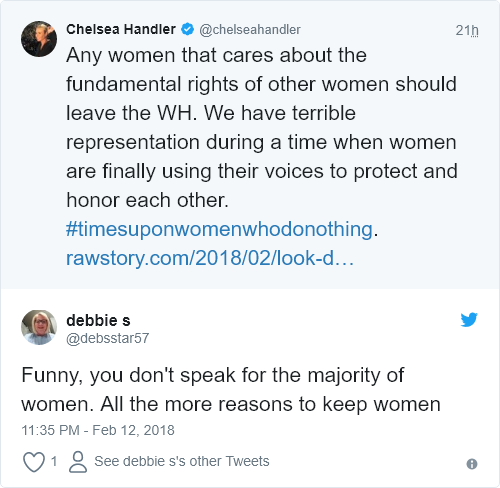 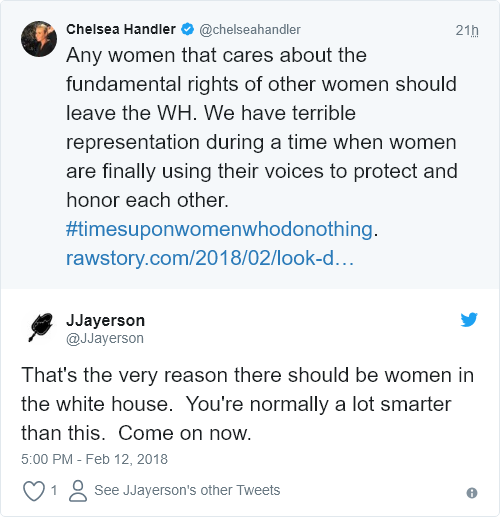