Is there anything sillier than a Democrat like Rob Reiner pretending he understands what patriotism is or looks like, let alone whining that we don’t have a patriot in the White House? 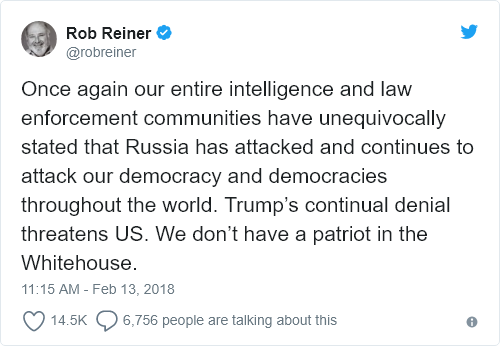 Once again it appears the Obama administration deliberately withheld intel from the incoming Trump administration so they wouldn’t find out they’d been spied on. Fixed it for Rob.

And would someone PLEASE explain to Rob and other Hollywood elites that we ARE NOT A DEMOCRACY. 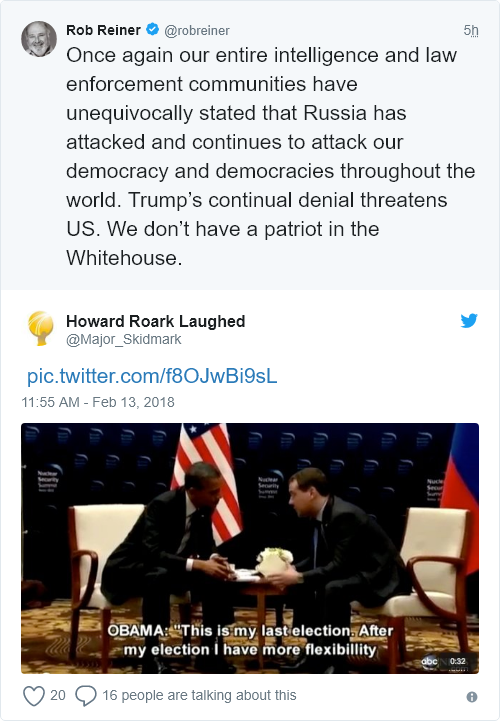 It was for our own good when Obama was playing kissy-face with Russia. Duh. 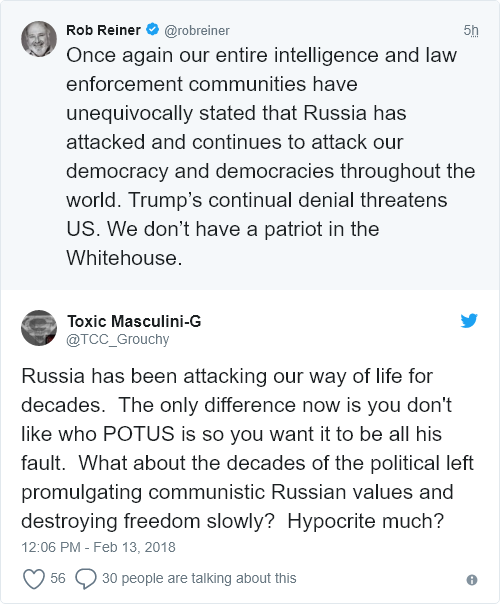 If Rob wasn’t being a hypocrite he would be doing much. 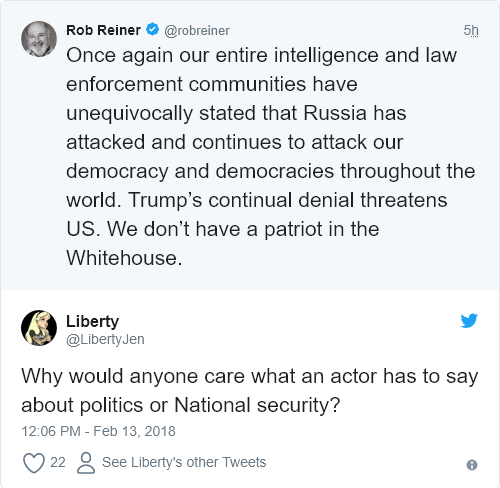 Take a look through the replies to this tweet, you’ll see the type of people who ‘care’ what an actor has to say about National Security and then you’ll weep for the future. 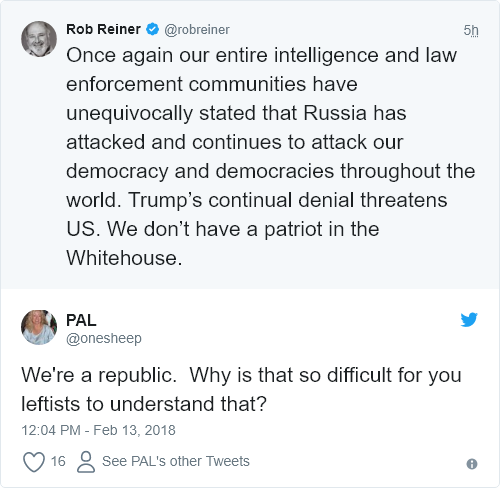 And we agree, WHY is that so difficult for them to understand? 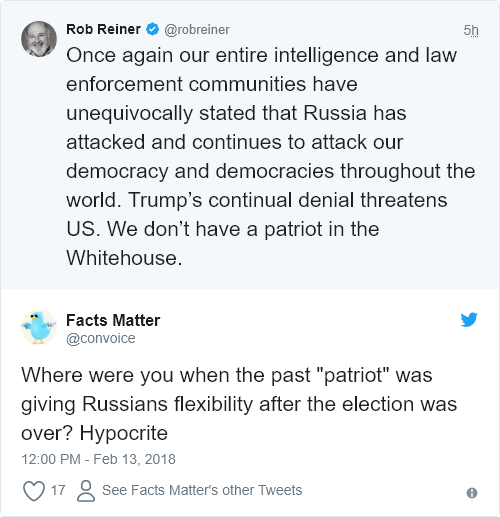 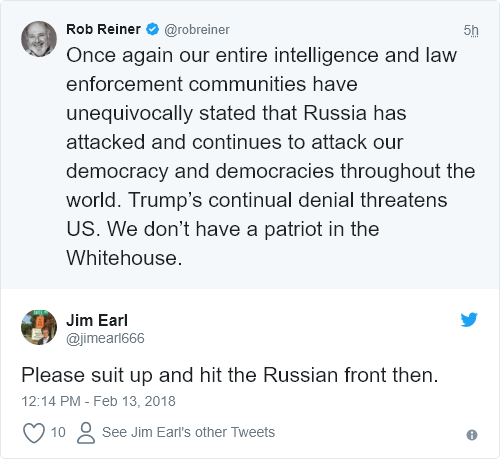 Wait, you actually want Rob to do more than sit on Twitter making up stupid and melodramatic tweets?