Among Dr. Jill Biden’s SOTU guests are a couple who couldn’t get a life-saving abortion

For months the Left has ‘joked’ that the Trump presidency felt like a reality tv-show and we’re finally starting to agree with them, but not for a reason they’ll like or agree with.

Is it just us or does this Susan Rice memo story about the Obama administration possibly withholding intel from the incoming Trump team read like a John Grisham novel?

With a dash of the National Enquirer thrown in.

So they deliberately kept information from Trump and his incoming administration.

Imagine if W. had done any of this when Obama was elected. 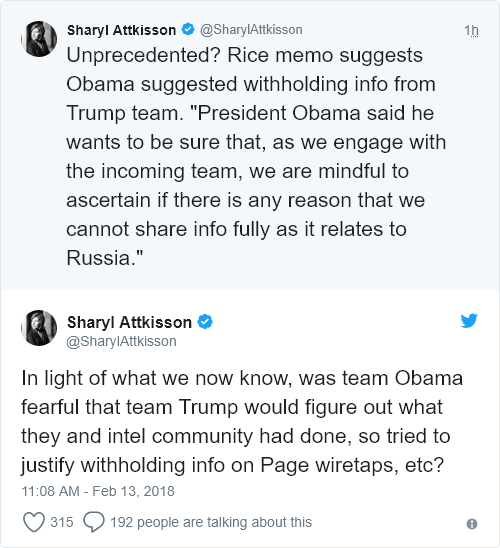 Were they afraid that they gambled badly on Hillary winning and were trying to cover their asses knowing they were going to get busted for spying on Trump during the election? 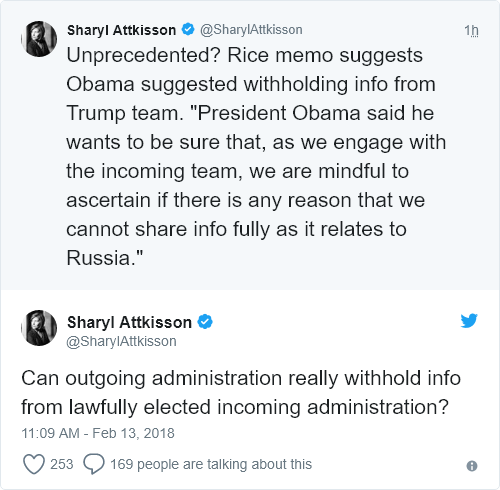 Can they? Seems that way.

But was it legal? THAT’S the real question.

Hmm … that’s, ODD: Why oh why did Susan Rice email herself THIS on Trump’s Inauguration Day?