WHOA! Biden actually gets something RIGHT – too bad (for him) it’s a serious dig at Obama…

The White House’s narrative on the firing of staff secretary Rob Porter took a serious hit on Tuesday when FBI Director Chris Wray testified in front of the Senate Intelligence Committee that, “the FBI submitted a partial report on Rob Porter in March, completed the full report in late July, then received a request for follow-up inquiries, and provided that information in November”: 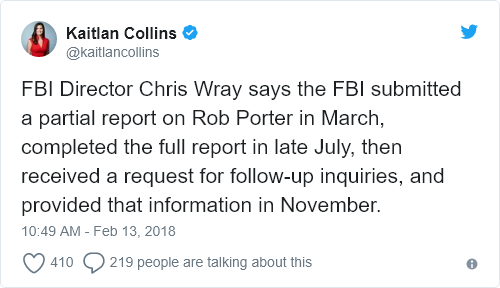 This is not what the White House has been saying:

According to the White House, the background check “was not completed”: 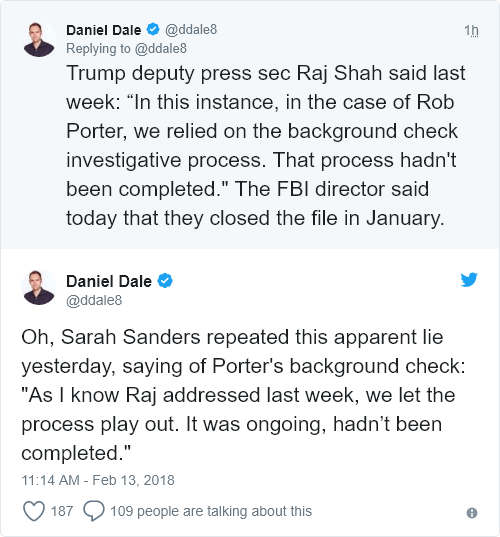 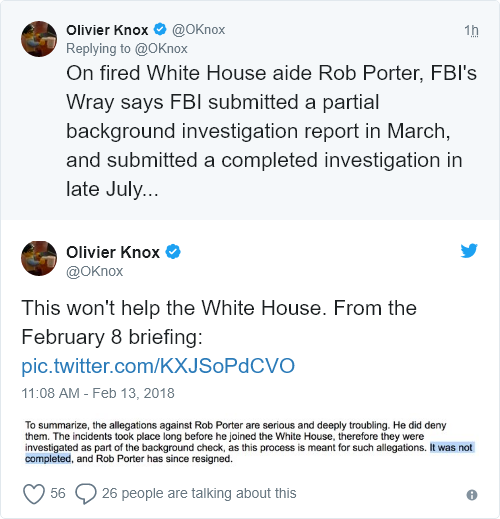 Wray further testified that the White House was “well aware of Porter allegations after FBI background investigation” with the file closed in January: 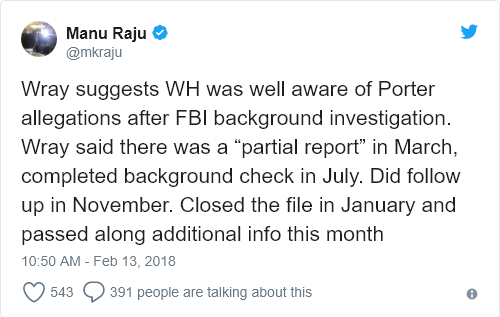 Wray said that he’s “quite confident that … the FBI followed established” protocols: 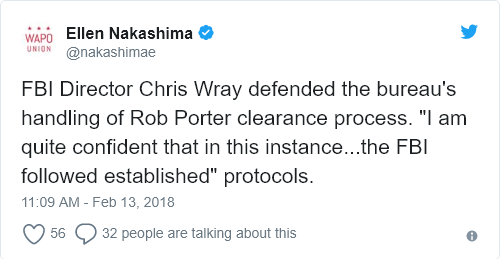 Wray was also asked about this tweet from the president suggesting the reputations of the FBI is in “tatters”: 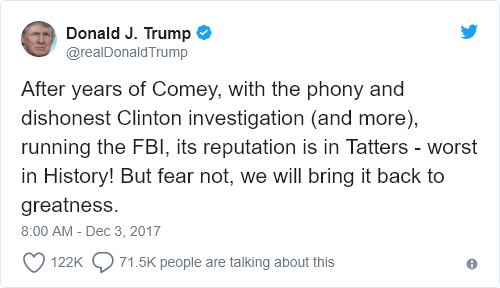 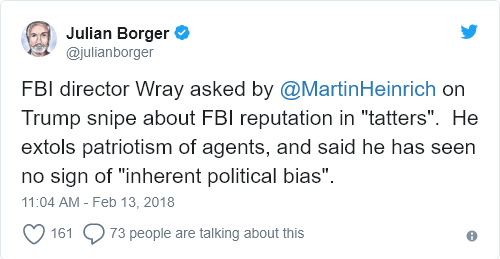 Wray also questioned the accuracy of the Nunes memo: 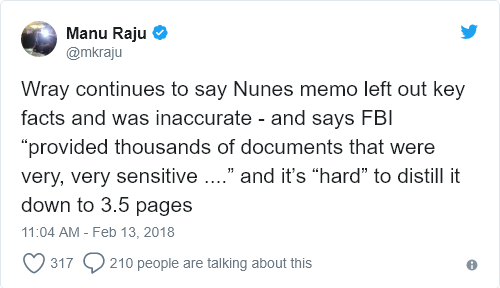 All in all, not a good day for the White House. 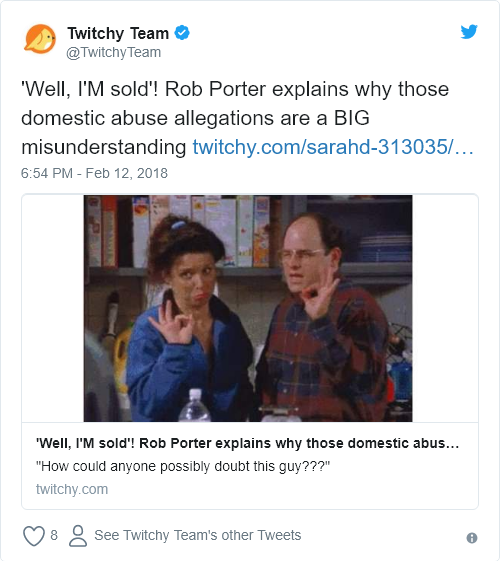 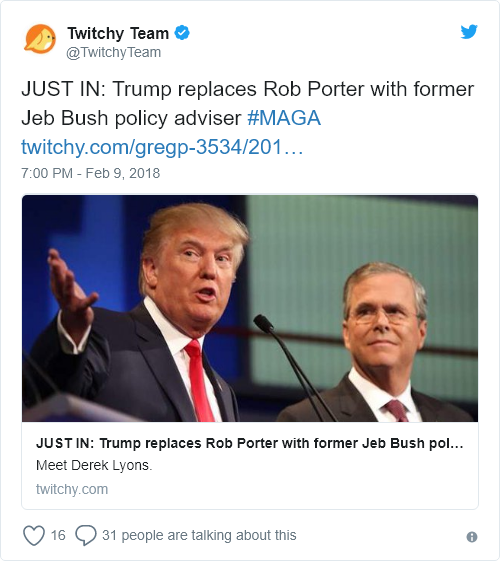 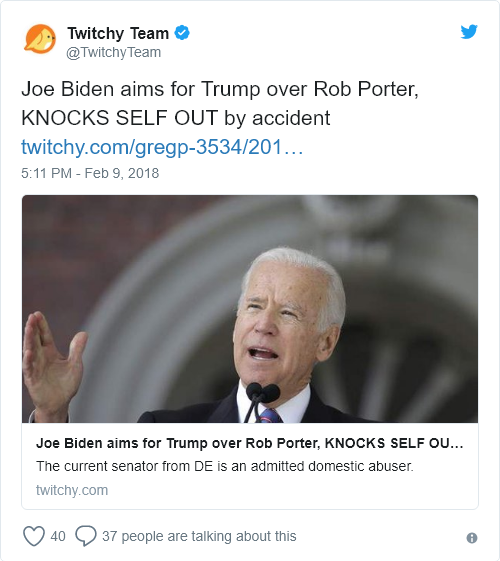 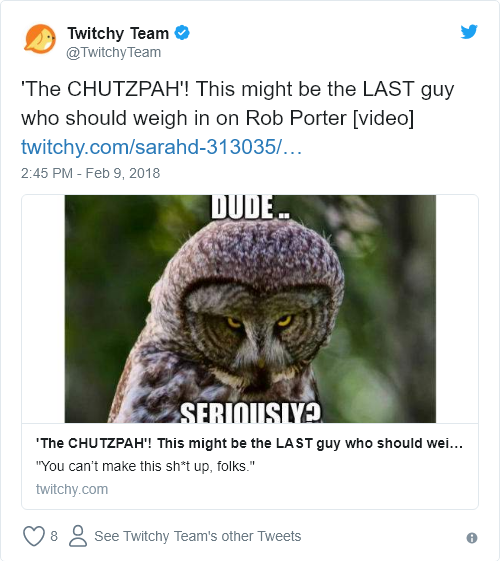 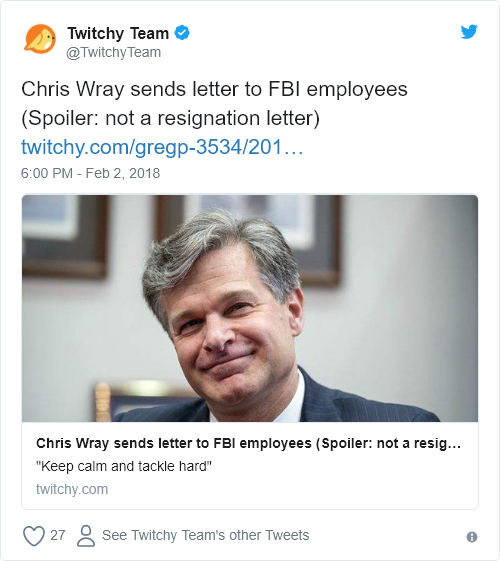