Wow. As Twitchy reported, many are wearing masks as a precaution as the flu spreads. And many others are trying to get the flu vaccine now in order to protect themselves. However, that is becoming increasingly difficult to do.

Never seen a line for the health clinic at target before.
About 15 deep for the flu shot

In some places people are getting the #flu standing in line for up to 7 hrs to get a flu shot. I'll take my chances and say no shot for me.

If you plan to get a #flu shot, get ready to wait on long lines. Now the state is stepping in to match supply with areas in demand. #wbz

Line to get a flu shot at one of 18 clinics in #Boston today #wbz pic.twitter.com/5lMMABJr 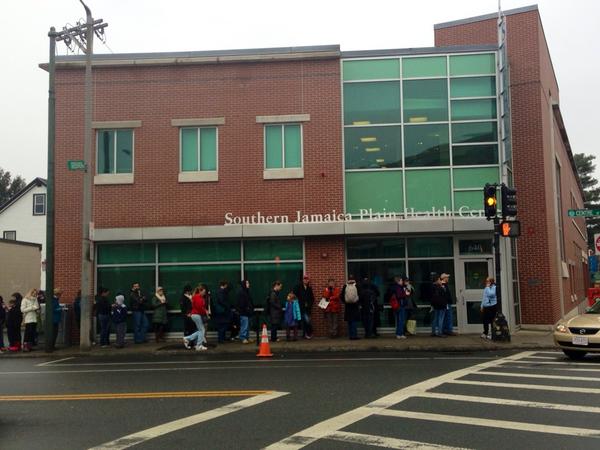 In line at the Sage Ave drive-thru flu clinic now. 400 shots have already been given with 2 hours to go. pic.twitter.com/Fk87qRwg 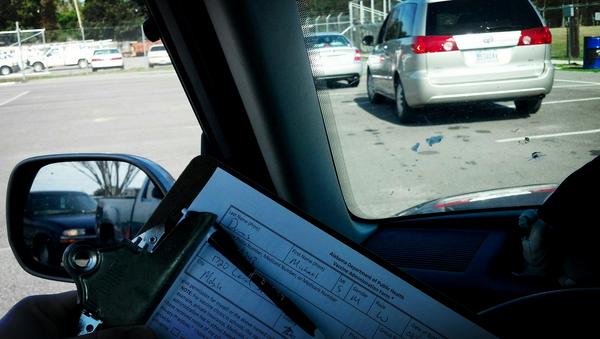 2 hours in line at cvs for a flu shot. #sickofthisshit

@SpecialReport Got flu shot yesterday after 4 clinics & pharmacy. Waited over an hour at a pharmacy. Long lines for shots.

?Just got my flu shot ? My doctor said supplies are running low so hurry up! #bettersafethansorry http://t.co/y3iBwRI6

Easier said than done now, Nicky. Many places are running out, or have already run out, of the vaccine.

Doctor office is out of flu shots an these parents are freakinggggg the f out !

Costco is out of flu shots. You're Costco, I thought y'all had underground bunkers full of all this shit

Lots of pharmacies in Greenwich Village out of flu vaccine but say they expect more shipments by Monday.

Oh no, my doctor is out of flu shots. Well, now I'm headed over to…hey, wait a minute! I ain't tellin' u! Tell u when I get back!

Why she won’t tell where she is going to get a flu shot? To avoid lines like this: 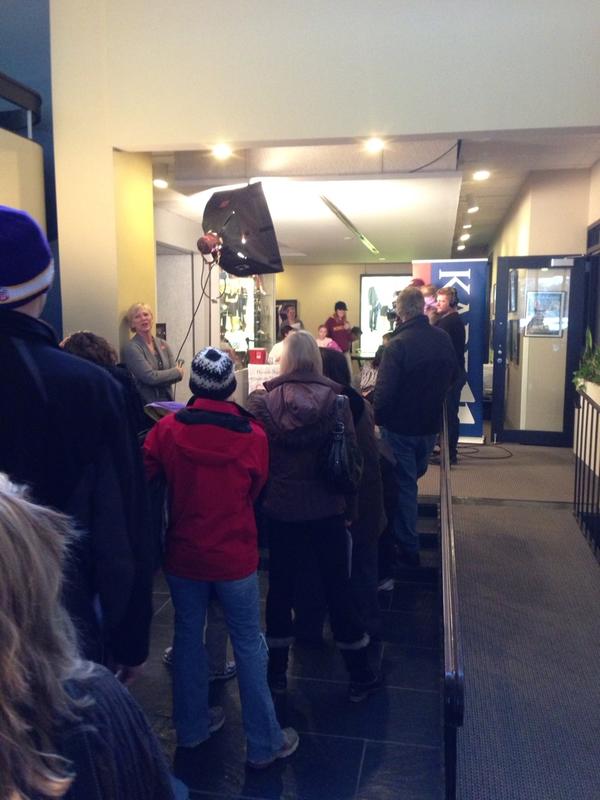 It's a long wait to get the flu shot! Lets hope this line goes by quickly! http://t.co/uF4720zG

Already a line at the free flu shot clinic at Borgess H&F. About 15-20 people getting shots now. 275 free ones. pic.twitter.com/axNZw60L 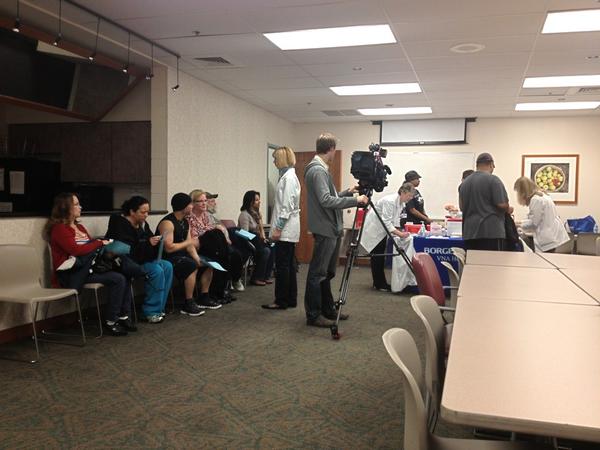 Glad I got mine Wed before the hysteria took hold RT @sfiegerman: Line of people waiting to get flu shots at CVS in NYC pic.twitter.com/sQO76736 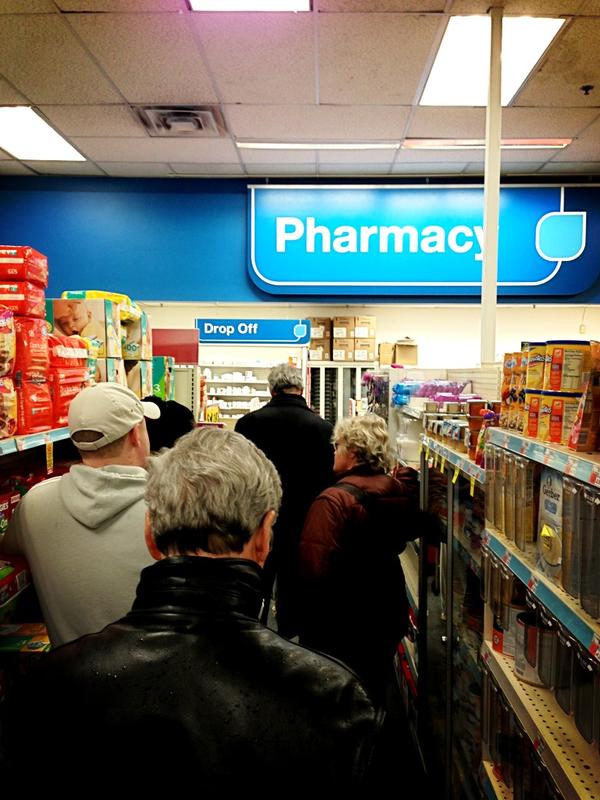 Quite a line for flu shots this morning http://t.co/iRUEqEmC

Standing in line at CVS to get the flu shot. #craaaaaay pic.twitter.com/2a5gdqXB 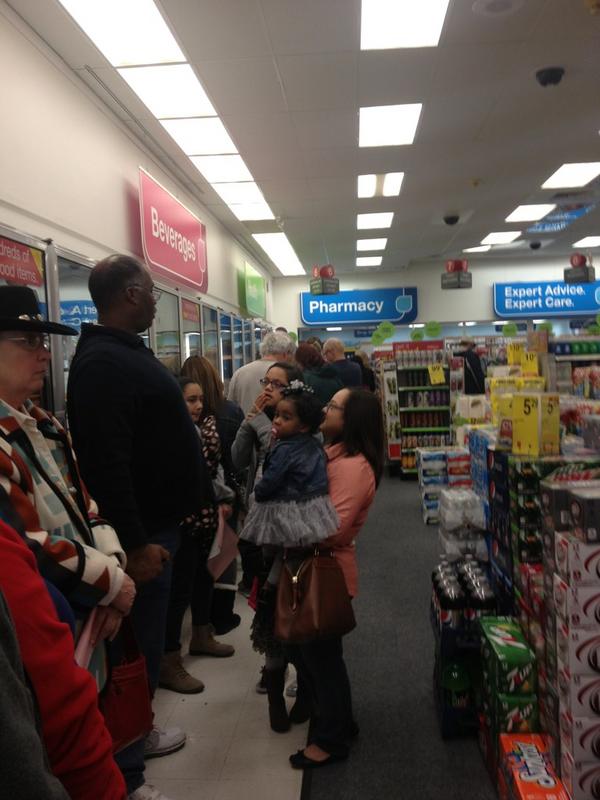 The line to get a #flushot at #cvs due to the #epidemic in #boston pic.twitter.com/X9YPO3OG 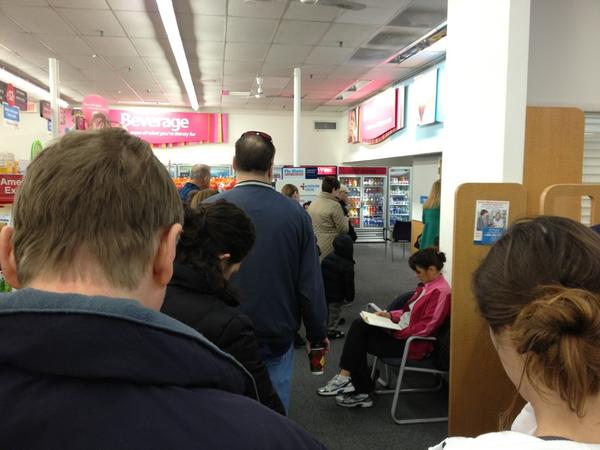 Expect the long waits to continue:

Finally getting my #flu shot at #Walgreens. Better safe than sorry!

Indeed. Stay healthy, everyone! Twitter can help; Twitter users are tweeting information to let others know where the flu shot is still available.

Still looking for a flu shot in #Rockville? Walgreen's in obscure Fortune Terrace off Seven Locks has them. Downtown Giant/CVS are out.

Getting my flu shot. One of the last olaces in W Seattle that still has vaccines. (@ Walgreens) http://t.co/QewiFxhN

Took three stops but finally found a flu shot! Walgreens in Clover has a few left.

If you are looking for flu shot in West End Richmond, Walgreens out until Monday afternoon ship, CVS's out, but Kroger Short Pump has it.

@Sl4pres just got my flu shot at CVS off m59 and crescent lk rd! Only place that has it besides Costco! ?