It’s a bit of a surprise headline from KSDK in St. Louis; are they really saying that more legal gun owners are using their firearms to commit crimes? 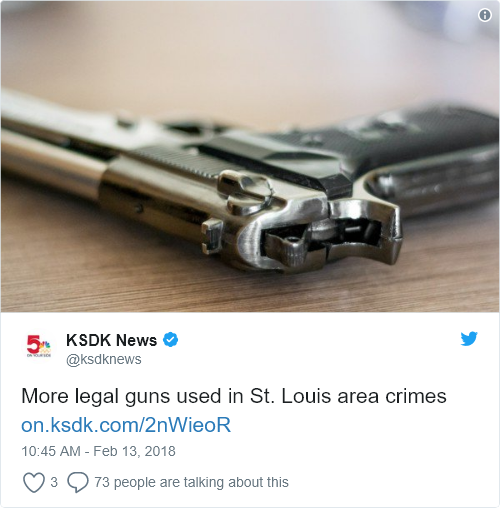 Never mind the headline — of course that’s not what they’re saying. KSDK reports:

There is a particular type of crime on the rise in the St. Louis area that is making other crimes more dangerous – legal guns in the wrong hands.

“Out on the street, the stolen guns are a dime a dozen,” said Major Steve Runge of the North County Police Cooperative.

And those stolen guns come at a cost to public safety, said cops who face them on the streets.

So let’s get this straight: more guns that were purchased legally AND THEN STOLEN are being used to commit crimes. That’s not quite the shocker we were led to expect. 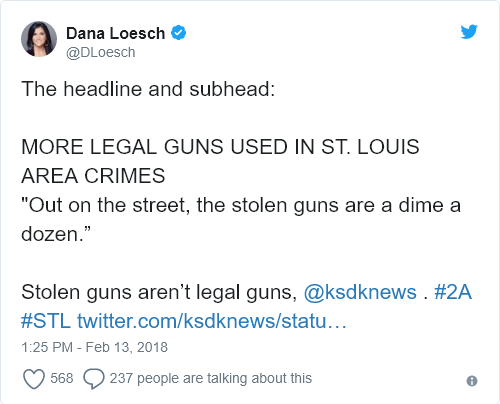 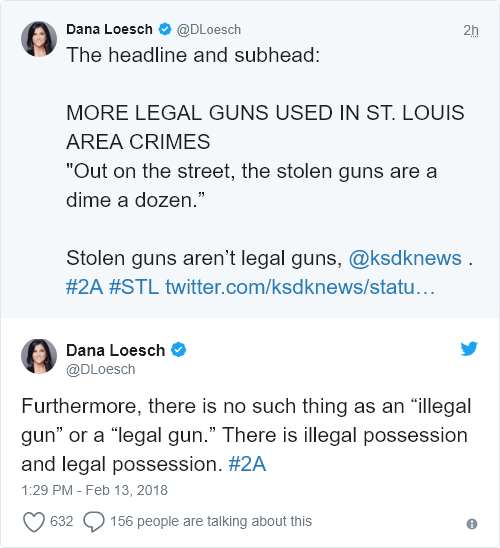 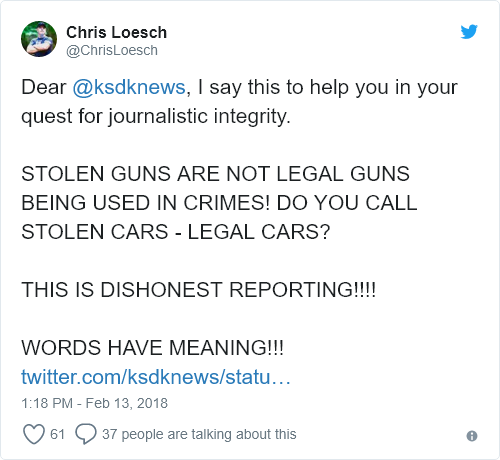 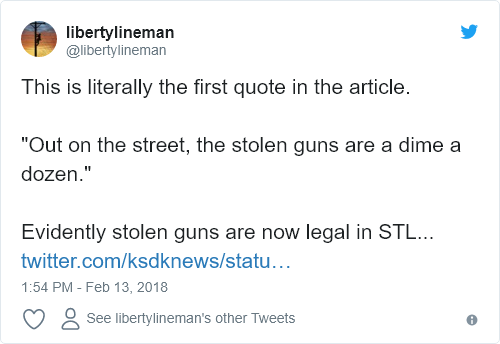 Why is reporting on guns so difficult? And how many of these stolen guns had bayonet attachments? 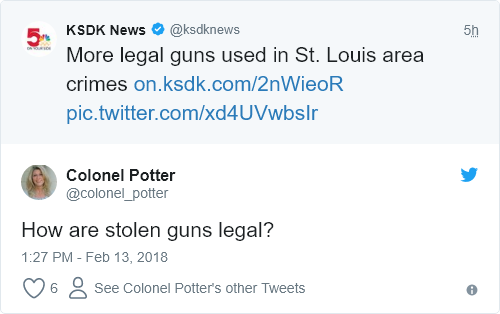 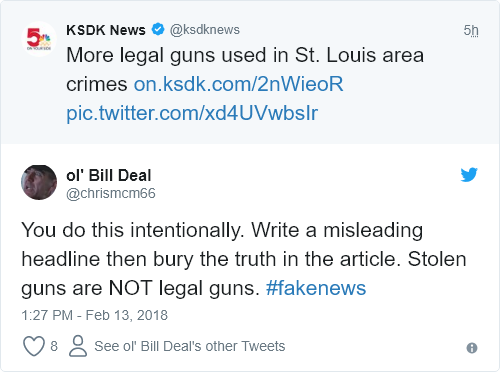 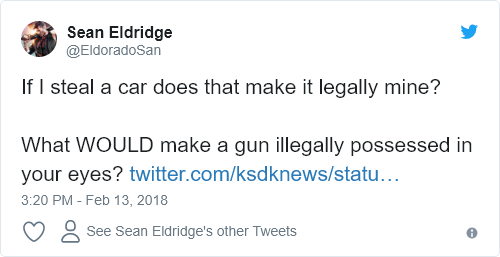 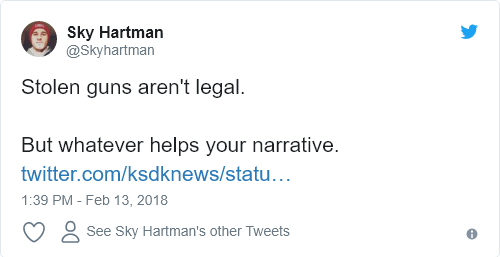 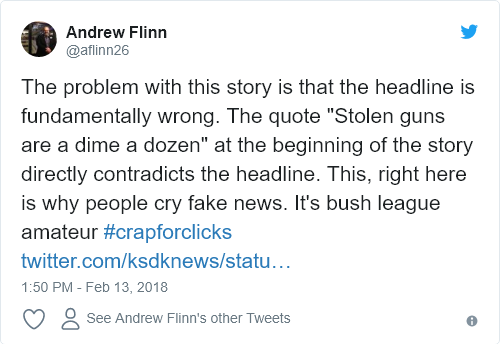