We think we might have found out why Hillary Clinton superfan Peter Daou feels such a close kinship with her — neither one hesitates in the least to blame the media for their failures. 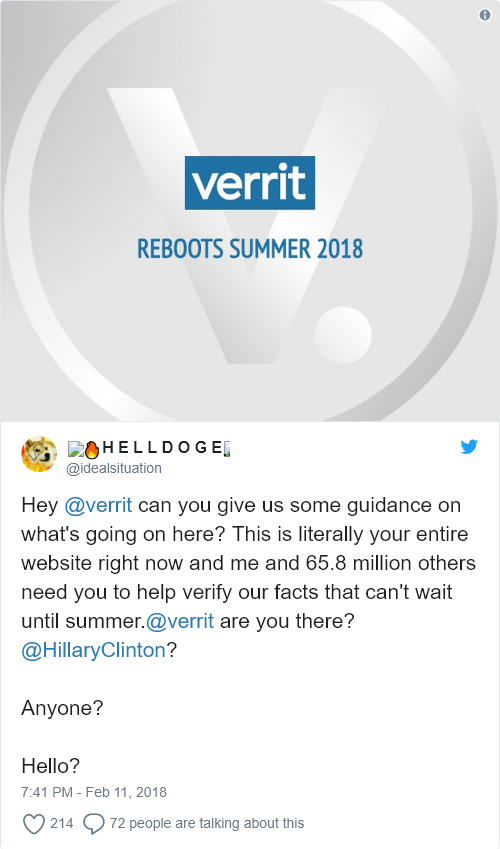 As Twitchy reported, Verrit launched in 2017 with a very high-profile booster — Hillary Clinton herself — who tweeted her support for the “media platform for the 65.8 million” who voted for her.

Sensing that fake news had sunk the Clinton campaign, Daou and his wife co-founded Verrit, which used much-maligned “authentication codes” as proof that everything tweeted was verified … by Verrit.

Well, it looks like Verrit is going away for a bit for a “reimagining” and expansion, but not without spreading some blame first. 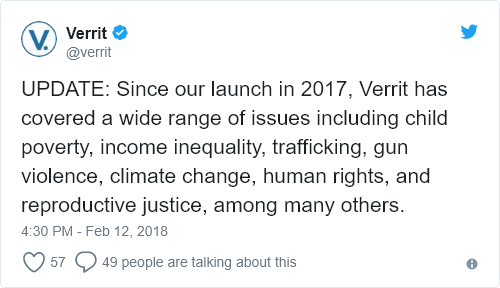 Really? We hadn’t noticed. Maybe that was part of the problem. 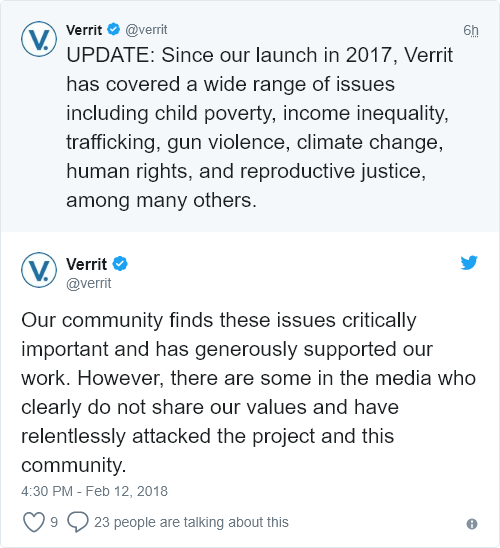 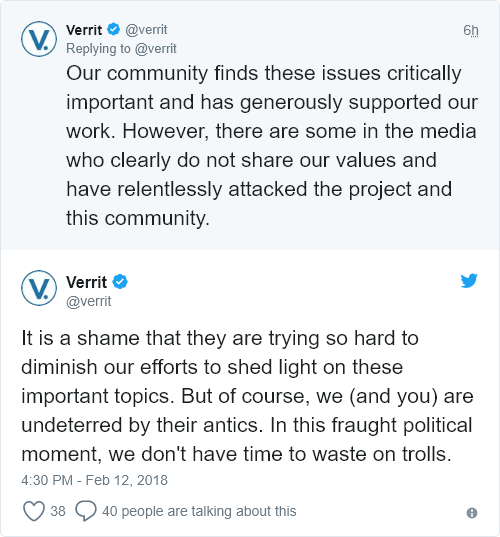 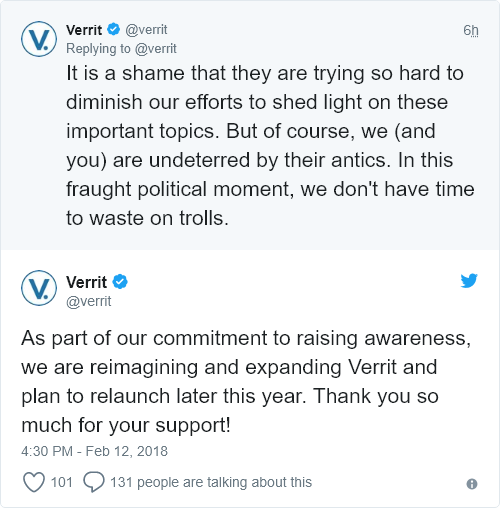 We’re not sure if this last tweet is true, seeing as it lacks an authentication code. But we’ll go with it. 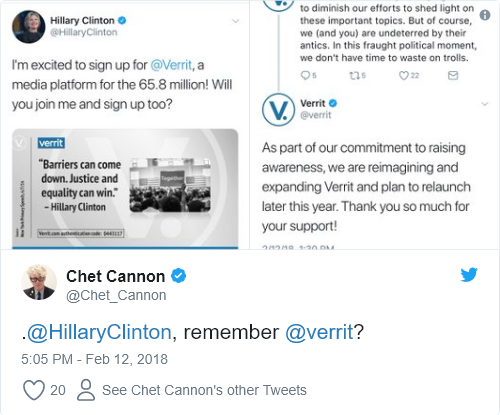 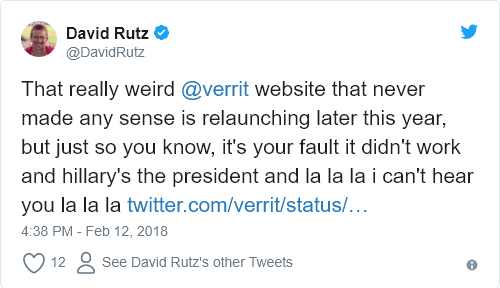 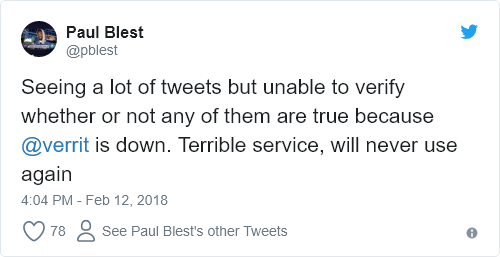 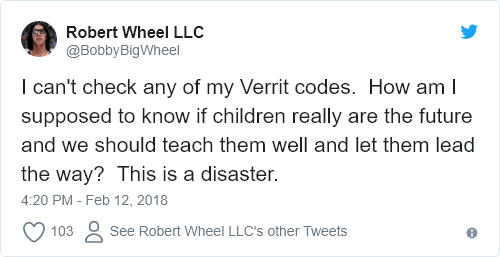 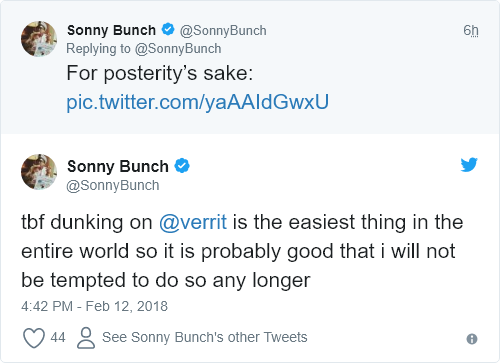 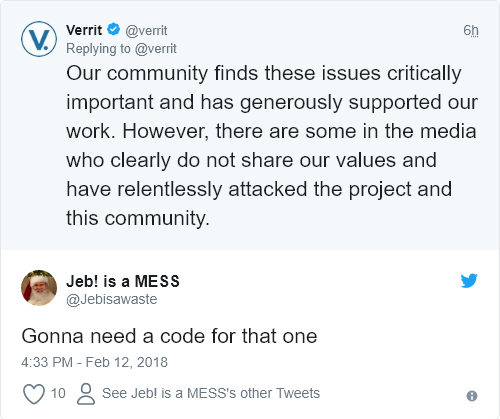 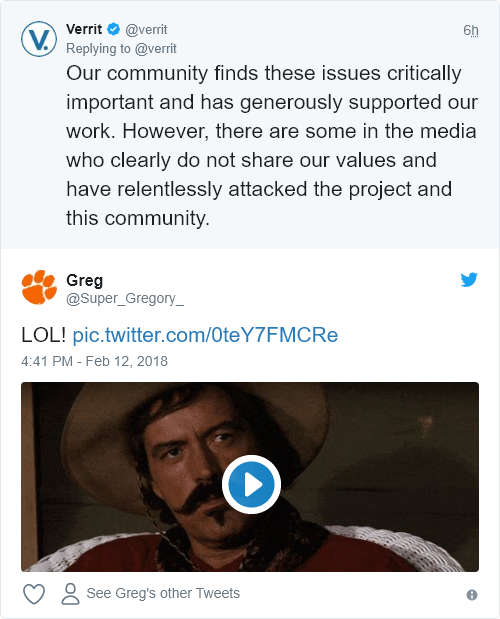 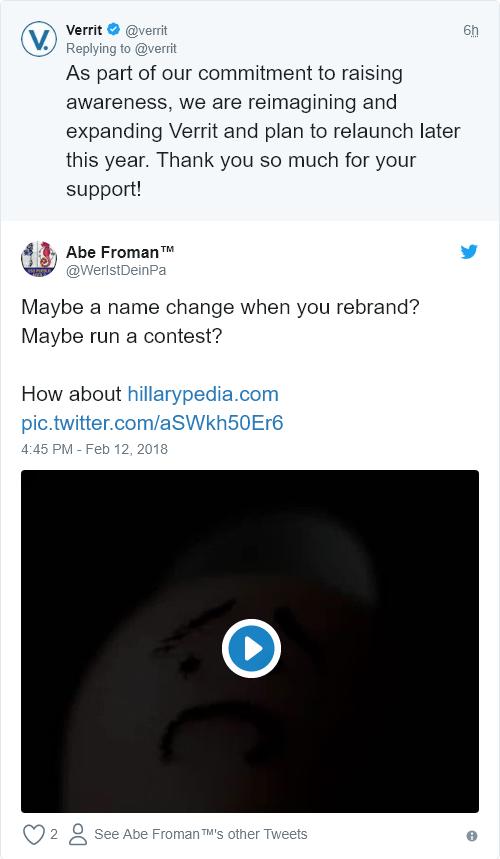