Wow, Alyssa Milano is ticked at Trump, and really who could blame her? He is WAY out of line this time … 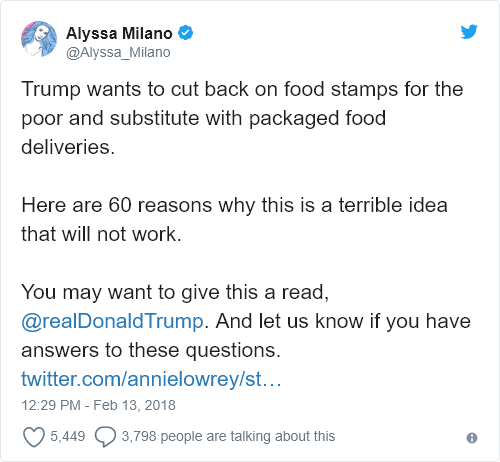 She’s raging because he wants to provide actual food to people.

For years, people on the Right have taken issue with the way the government hands out food stamps because they treat them like money. Sure, there are some limitations on what you can buy with them (no cigarettes for example), but that doesn’t stop people from abusing the system, buying things they shouldn’t with the stamps … even selling the stamps for money.

There is so much fraud and abuse within the food stamp system, especially since Obama made it so basically anyone can qualify, that something needs to be done to rein it all back in. And since we don’t want people to go hungry giving actual FOOD TO THEM makes sense, yes?

Well, at least you’d think so. 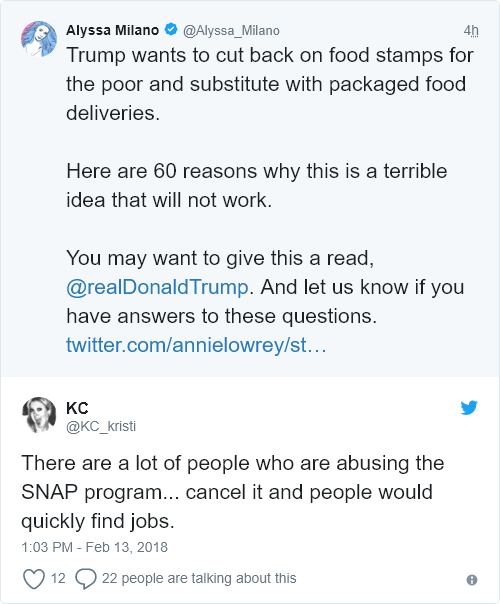 Do away with the fraud so people who truly need help, get it.

And seriously, look at the DERP on this feed: 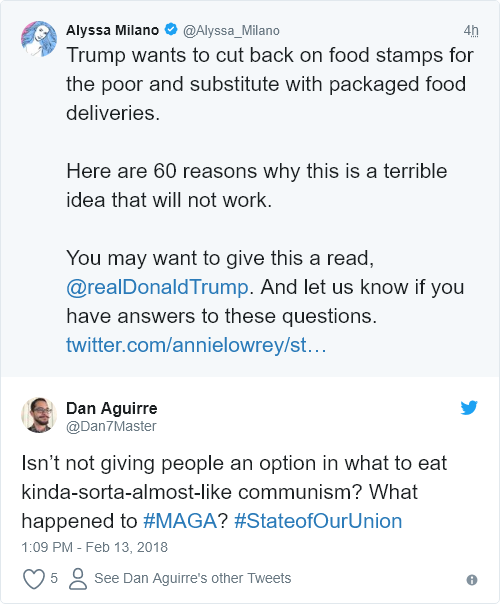 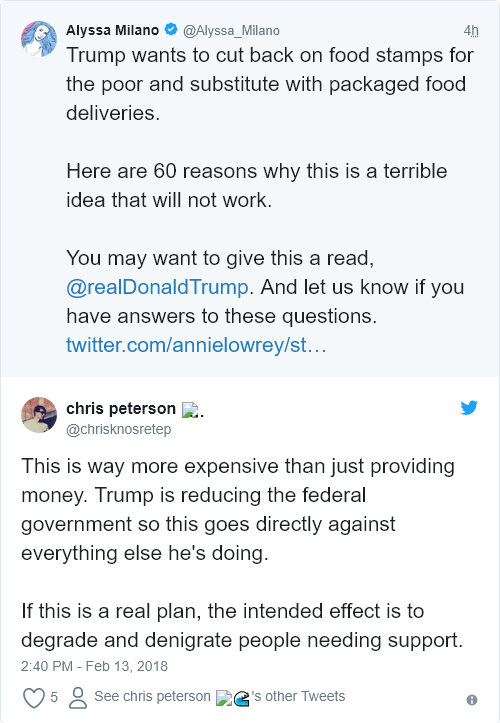 They believe this crap. 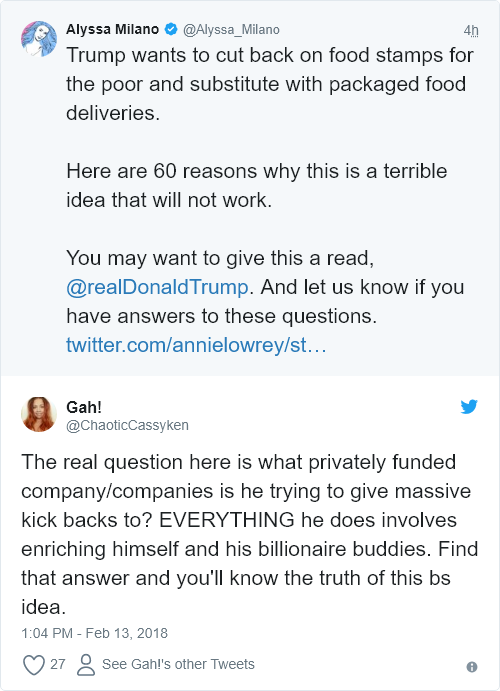 Trump could cure cancer and these people would find a way to bitch about him.

It must get EXHAUSTING being this worked up about everything, even good stuff like feeding the poor. 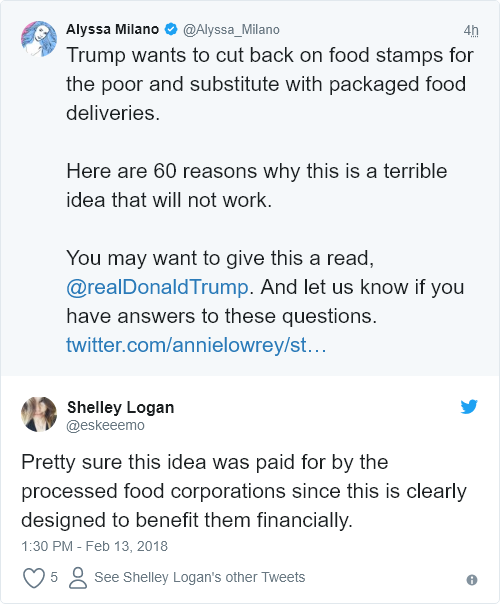