Wow, I'm about to go in Ross and I notice that in the window it says 'We now accept EBT' damn. #thestruggle !

Conservatives have been excoriated as racist for spotlighting the rise in food-stamp use under President Obama. But on social media, Americans of all races and backgrounds have no problem pointing out the literal signs of dependency — especially when EBT (electronic benefit transfer) food stamp cards are used to purchase junk food, non-food, and other absurd items far beyond the basic dietary sustenance of the social safety net. Why does autozone accept ebt? #Qtna!

#whaledayum….@Autozone accepts EBT cards. I guess you can eat a muffler…

Pay how you like! We gladly accept Visa, MasterCard, Discover and the EBT Cash Card here at #SunshineThriftStore!

Here's a picture. "Try your EBT card here!" on an ATM at a bar near my school. cc: @yasnic @MelissaTweets pic.twitter.com/efPcxVZ0 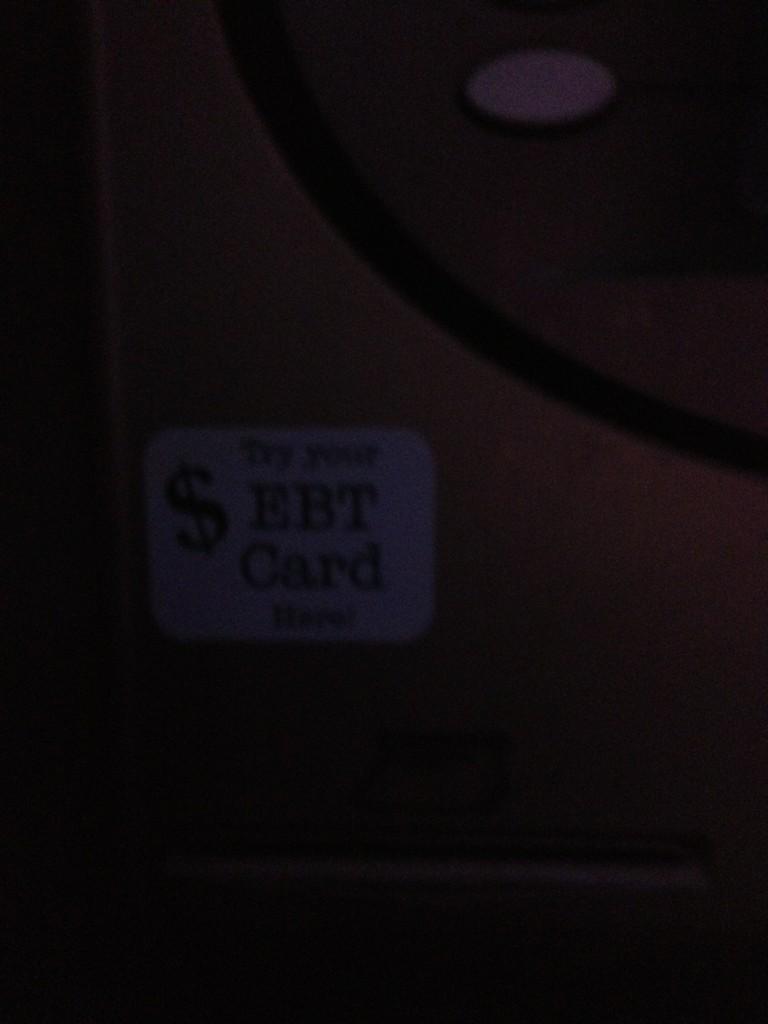 Saw a nigga buy a beer with an ebt card lol

The Liquor Store across the street accepts EBT. Honestly, is this the Promised Land? #VanNuysDMV

I have seen it all. Sonic accepts Food Stamp (EBT) cards. http://t.co/rQfREiVn

Burger King takes EBT? I just seen a sign that said so.

Whoa. –> “@DeKoning: Just had a visit from a door-to-door salesman selling steak out of his pickup truck. "We accept EBT cards," he said.”

Stopped at Publix on our way back from church. Woman in front of us had SIX bags of jumbo shrimp. Paid with EBT card! She was hungry! Yeah.

People always ask if we accept EBT cards at work. Why do you need an EBT card to buy a $40 cake?!? Not a priority.

Everest college accepts all form of payment for your tuition nigga. WIC, EBT, Food Stamps – you can get cho BA in 3 mths nigga ????

5-7-9 do too"@oYuMAD_: They must not have heard that citi trends now accepts EBT"

Swipe an EBT card for a fake $100 food purchase, give customer $70 back. Just made a 30% cash profit off the taxpayers for NOTHING #Reality

Those EBT cards are so versatile. Welfare recipients take out cash at strip clubs, liquor stores and X-rated shops. http://t.co/k5HEhLPS

Lmao RT @MeyhemLauren: I NEED A STRIP CLUB EBT CARD. WHERE CAN I APPLY? http://t.co/p9Sio8Nq

Question of the year:

Whay can't EBT cards be restricted for groceries and essentials only?

Entitled Obama supporters rejoice that they can keep their food stamps

Food stamps recipients double under Obama; Result? Selling food stamps for an iPhone 5 is all the rage