Remember back when Joe Biden described Barack Obama as ‚Äúthe first mainstream African-American who is articulate and bright and clean‚ÄĚ?

Yeah, well, this story isn‚Äôt quite that bad, but it didn‚Äôt turn out well for New York Times investigative reporter Eric Lipton, who was obviously impressed by how articulate the students of¬†Marjory Stoneman Douglas High School were in interviews.

And guess what: @EricLiptonNYT deleted his tweet. If you need to refresh your memory, here it is. pic.twitter.com/mQby1ahciX

Obviously, it would be sad too if it had been poorer, less articulate high school students with less potential who‚Äôd been gunned down. Obviously. 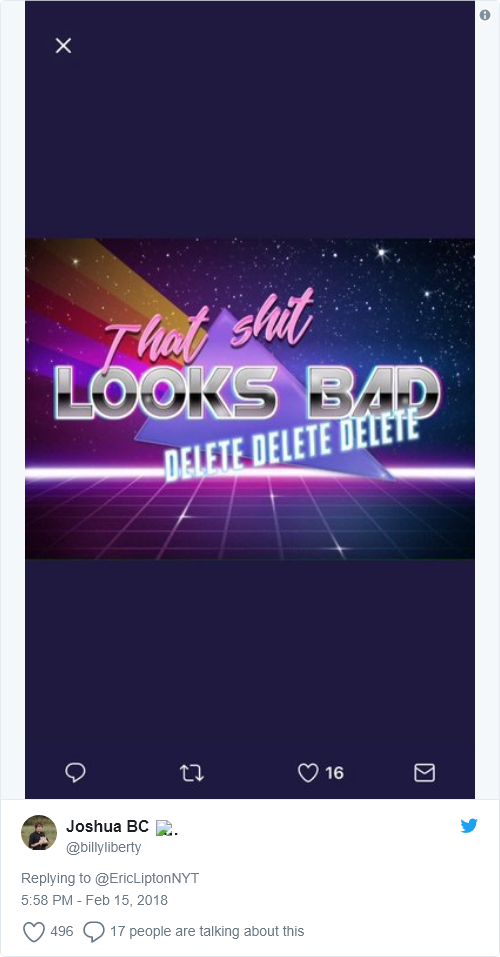 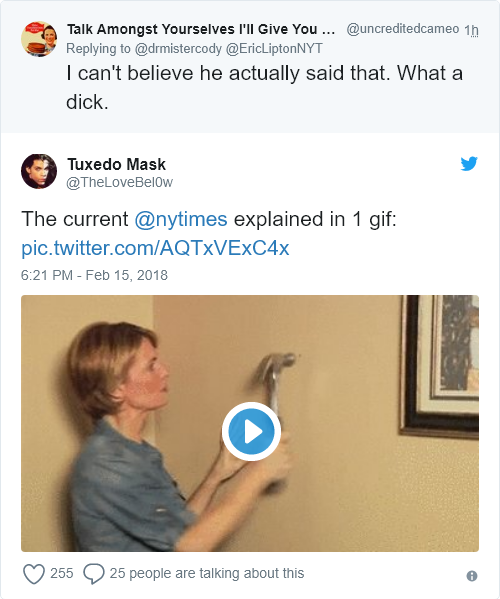 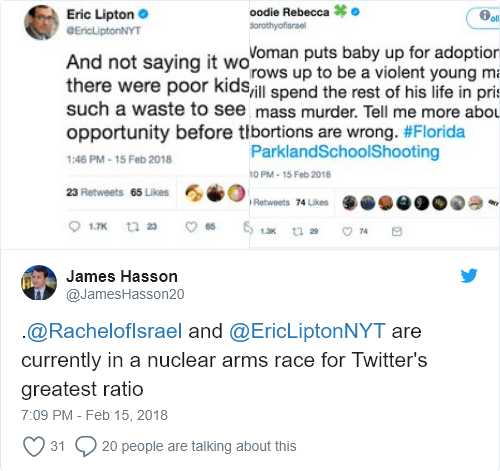 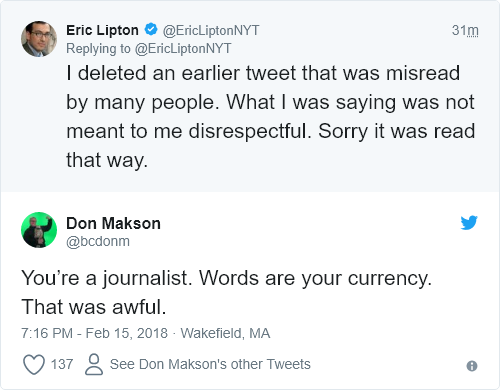 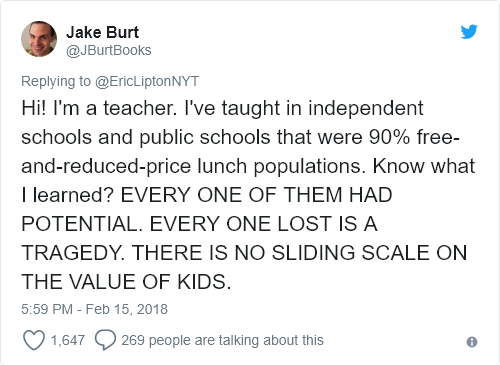 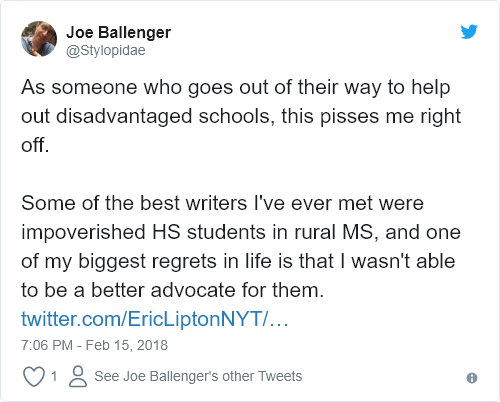 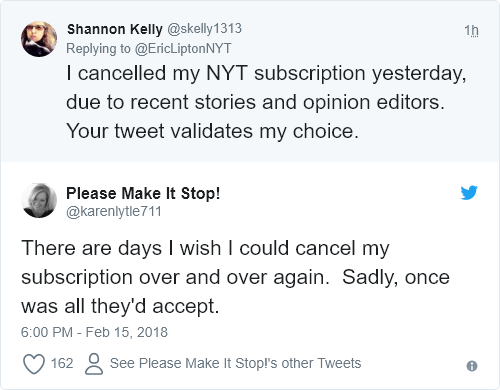 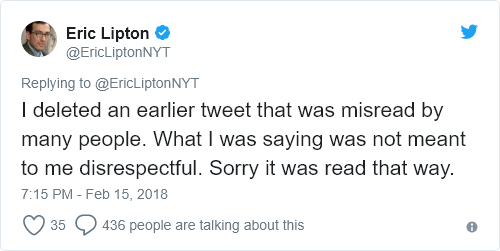 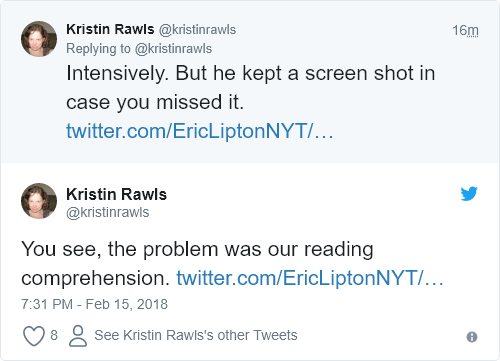 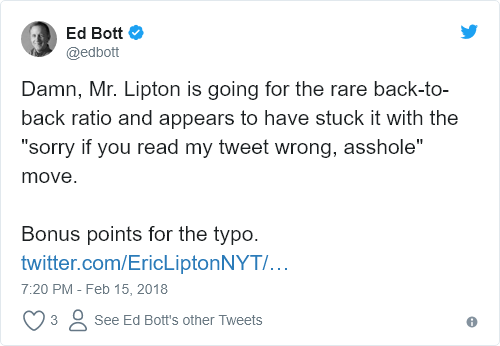 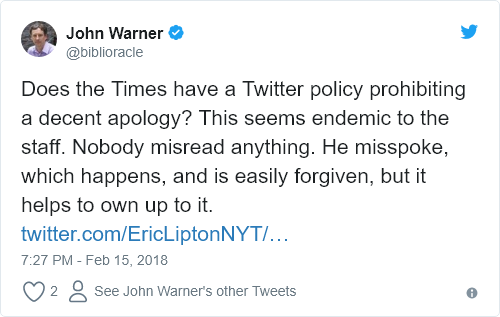 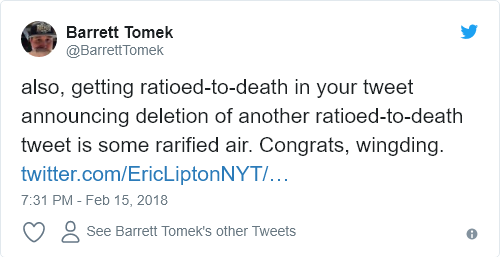 OK, here‚Äôs another attempt to keep the hole from getting deeper: 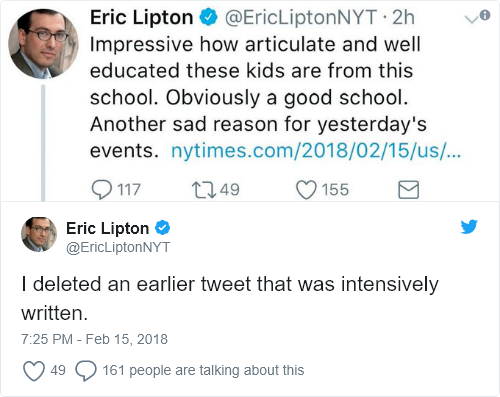 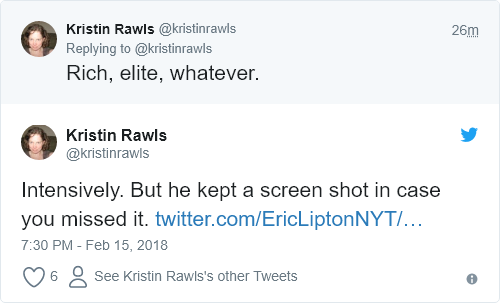