Gov. Gavin Newsom says parts of Calif. resemble a ‘third-world country’ (but nobody in…

Sen. Bob Dole delivered a touching salute to his long-time colleague and fellow World War II veteran Sen. Daniel Inouye as he lay in state in the Capitol Rotunda. 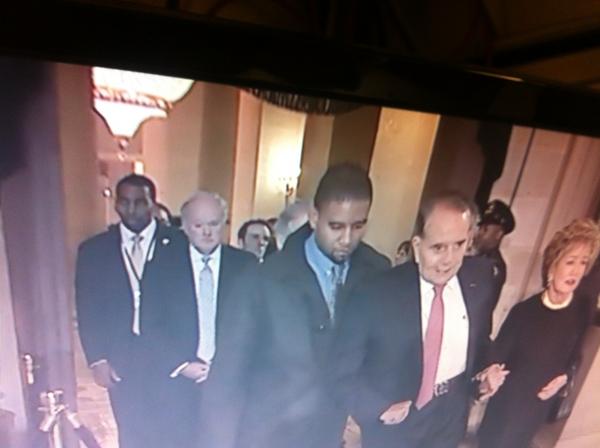 Dole, 89, was escorted carefully to the casket by his wife, former North Carolina Sen. Elizabeth Dole, saying, “I wouldn’t want Danny to see me in a wheelchair.” CQ Roll Call has the very touching photo.

"I don't want Danny to see me in a wheelchair." – Sen. Bob Dole saluting the casket of Sen. Daniel Inouye #ABCWorldNews pic.twitter.com/iizQ04Pe 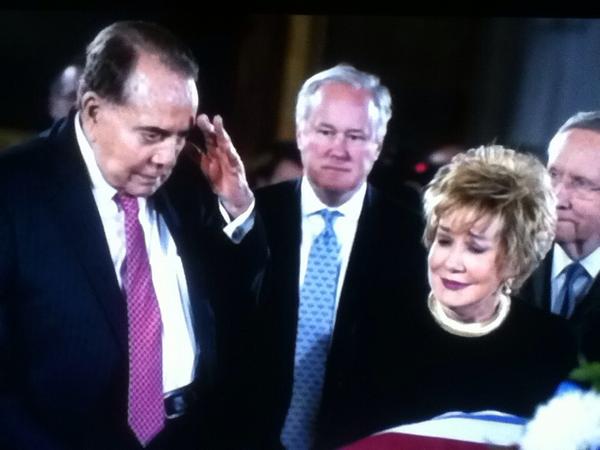 Bob Dole stood to pay respects to fellow WWII vet Daniel Inouye: "I wouldn't want Danny to see me in a wheelchair." http://t.co/WksHb1gg

Dole and Inouye met in an Army hospital as they were both recovering from wounds sustained during the war.

Dole and Inouye met together in a military hospital after their wounds. Dole encouraged Inouye to get into politics.

With contentious negotiations over the impending fiscal cliff underway nearby, the solemn moment reminded many of a better time.

This is fine: Fox News’ Bill Melugin reports that TSA is indeed ‘allowing illegal immigrants to use arrest warrants as ID at airport security checkpoints’