‘The new leading from behind’: Does Jen Psaki’s 2-word description of Biden’s…

Because THAT won’t be abused: Twitter’s new ‘Birdwatch’ allows users to add…

‘Trying to rehabilitate herself with Democrats’? Dr. Birx lets media know that Trump…

‘I guess it’s pretty serious’: Kristy Swanson slays with her Bernie meme/tweet and…

‘Celebrities need counseling’: Spike Lee says Trump will ‘go down in history with the…

ANOTHER ‘inauguration miracle’? Calif. Gov. Newsom is latest Dem to lift some coronavirus…

Thanks Trump! The Hill falls all over itself reporting 2/3 of Americans approve of Biden’s COVID…

‘ALWAYS the hypocrisy’: Joe Biden steps on a year-old ‘xenophobia’ rake while…

That’s some funny S**T! Blue-check journo claims media has been caving to the Right ‘for a…

Is it time to toss another shoe onto the White House scandal pile?

Fresh on the heels of the explosive revelations about reporter James Rosen and other Fox News staffers being targets of a DOJ spying campaign, Drudge editor and Washington Times columnist Joseph Curl is tweeting about yet another possible White House scandal.

… says only a few in WH know that "something" — "It's been deep sixed, like Osama bin Laden." Will there be a Fifth Shoe?! #ImeldaObama

"Uh, this your captain. Buckle up, Mr. President. Gonna' be a bumpy ride. Pretty socked in by this fog of scandal." http://t.co/GXBAmnfwDp 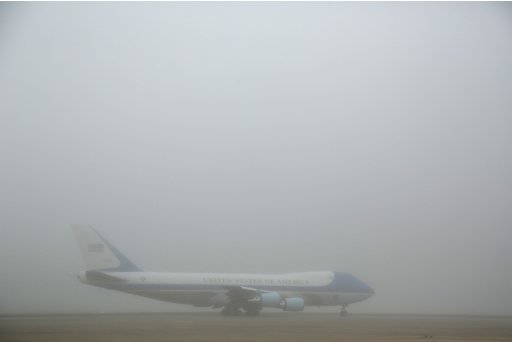 We’d all better buckle up.

Because THAT won’t be abused: Twitter’s new ‘Birdwatch’ allows users to add ‘notes’ to tweets they believe are misleading

‘The new leading from behind’: Does Jen Psaki’s 2-word description of Biden’s policy on China sounds familiar?