Twitter has suspended the personal account of KY Sec. of State Michael Adams (R) for the dumbest reason…

Blue-checks are angrier at GOP Sen. Toomey for voting against the infrastructure bill than they are at…

Newly-minted officially official Democrat Charlie Crist testified this morning before the Senate Judiciary Committee. He was asked to address Florida’s election laws and procedures. Florida’s votes were among the last to be counted after last month’s elections due to long lines and a large number of absentee ballots. Crist blames a new state voting law for those issues, among others:

At the forefront of the discussion about what when wrong in Florida during the election is the state’s new voting law, 2011′s HB 1355.

The law, which was passed by a Republican-controlled legislature, has been controversial for its cuts to early voting days, burdensome requirements for third-party groups registering voters, and extra rules for people voting before Election Day, as well as a host of other unpopular changes.

Crist asserts that the law was merely a means of instituting voter suppression, and that was the focus of his testimony.

A very tan Charlie Crist has arrived to testify before the Judiciary Committee on voting rights pic.twitter.com/8p2LQDWb 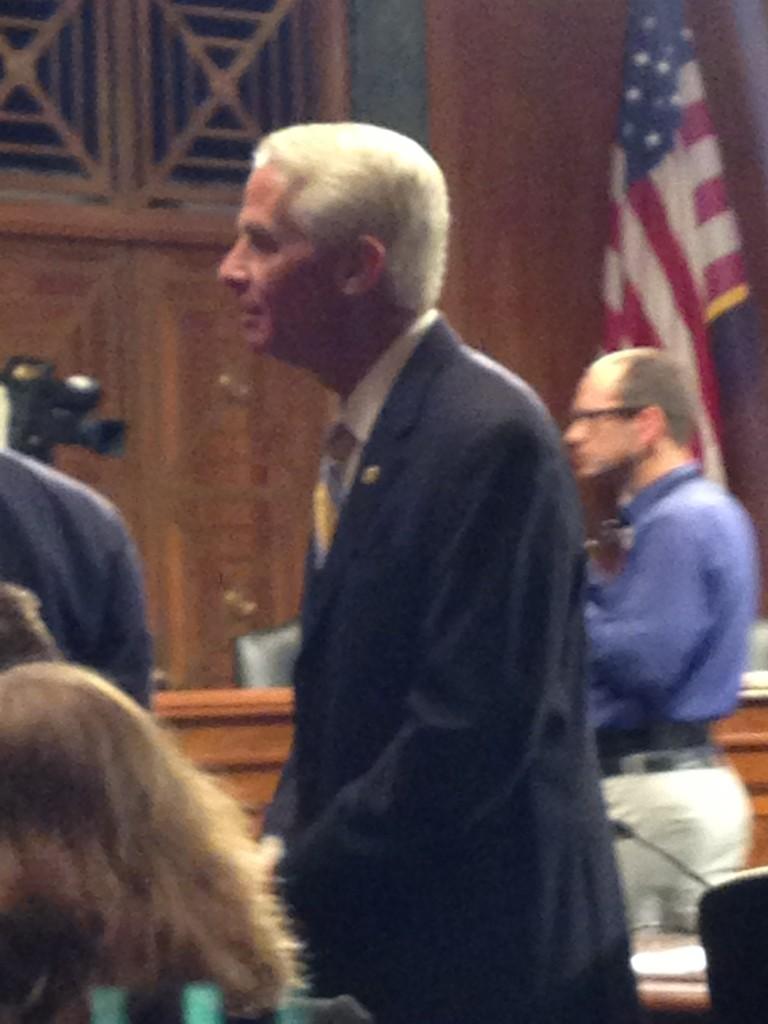 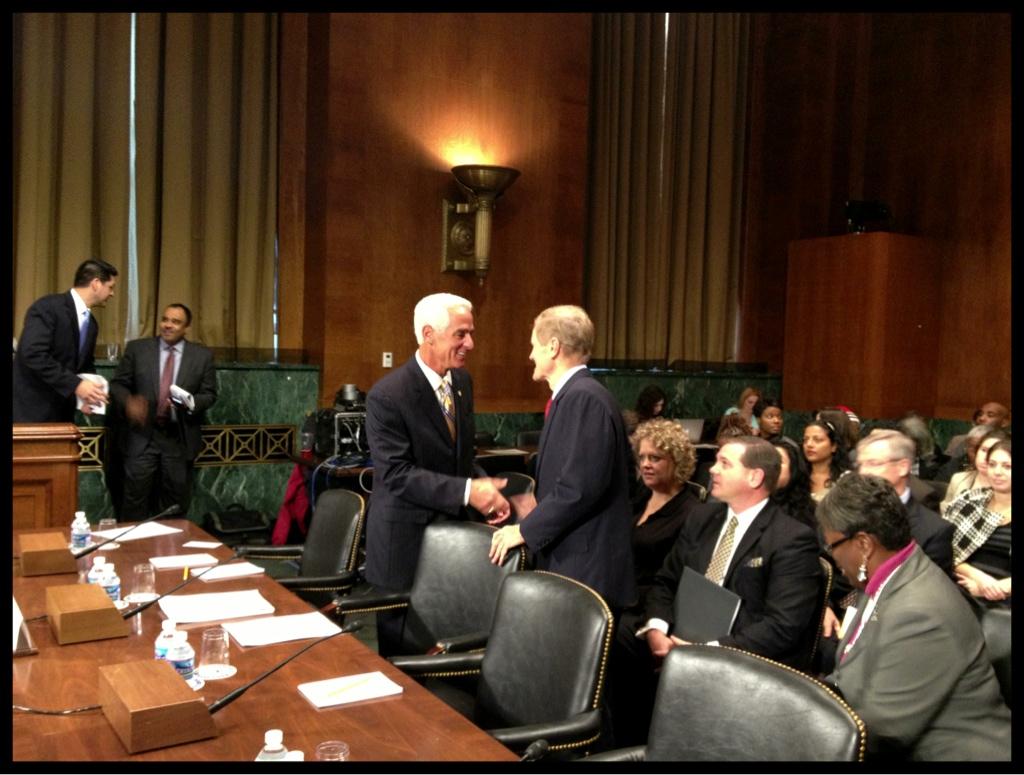 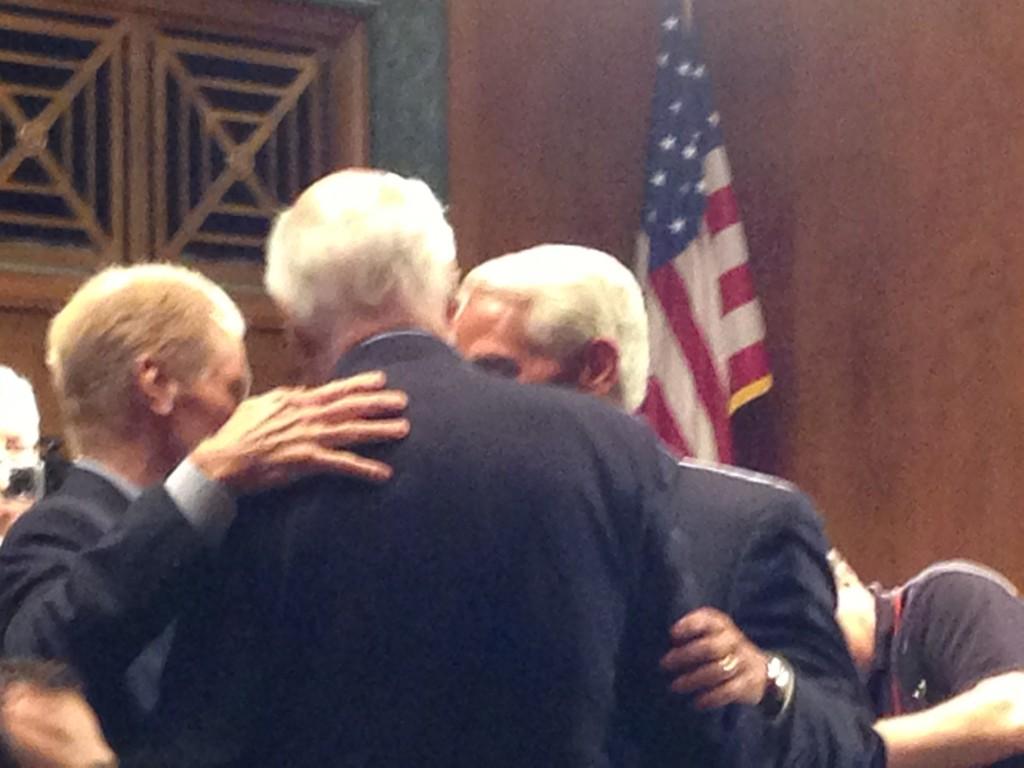 After psyching himself up for the spotlight:

Charlie Crist is drinking an energy drink before testifying in front of a Senate Committee about #FL voting last month.

In testimony text, Charlie Crist calls being governor as a "truly awesome privilege." Speaking, he calls it a "truly humbling privilege"

Humbling? Indeed. Sucking at your job and being an object of near-universal derision tends to have a humbling effect.

He also took a stab at being clever:

The Election Law Center’s J. Christian Adams was less than impressed with what Crist had to say.

Chameleon Charlie Crist ends Senate testimony, makes no mention of all his support for #voterID and other election integrity laws. #reptile.

Chameleon Charlie Crist calls for federal government to take power away from states to run their own elections in smarmy Senate testimony.

Charlie Crist is so full of it. He is bashing Alec and complaining about souls to polls, a compliant the courts found to be nonsense.

@jamiedupree Charlie Crist is a joke, how can anyone take a man that is that orange seriously? Crist was one of the all time worst governors

Charlie Crist, what a joke. Go back to the tanning bed and leave politics to those with actual beliefs.

So, what’s the take-home lesson?

Charlie Crist is a duplicitous con man. No party should trust him – neither democrats or republicans.

Blue-checks are angrier at GOP Sen. Toomey for voting against the infrastructure bill than they are at Dem Gov. Wolf for not fixing the bridge

Twitter has suspended the personal account of KY Sec. of State Michael Adams (R) for the dumbest reason possible