Brooklyn-based commuters into Manhattan have a tough road ahead — literally. With the MTA getting back up and running only very gradually, many travelers are relying on the shuttle system. The surging number of shuttle riders has put a heavy strain on city transportation, and today, commuters are being greeted by long, long lines.

My cousin walked to Harlem today from Brooklyn. Took him 3 hrs. I guarantee it was a better look than the shuttle buses.

If you're in BK and don't have to leave, don't. NYC Minus MTA: Photos of Insanely Long Shuttle Bus Lines http://t.co/vd3ANvXr via @betabeat

This line for the shuttle in Brooklyn looks like the bread line during the depression.

And the results are pretty amazing:

Breaking: chaotic scene in downtown Brooklyn as thousands of people line up to board free shuttle buses to Manhattan. pic.twitter.com/y2wQpx1G 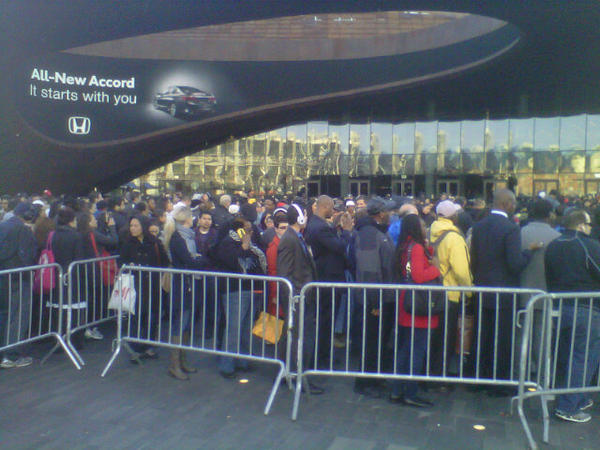 This is the line for people trying to get on shuttle busses at Barclays Center. Line is around whole arena. pic.twitter.com/ErnIyGRM 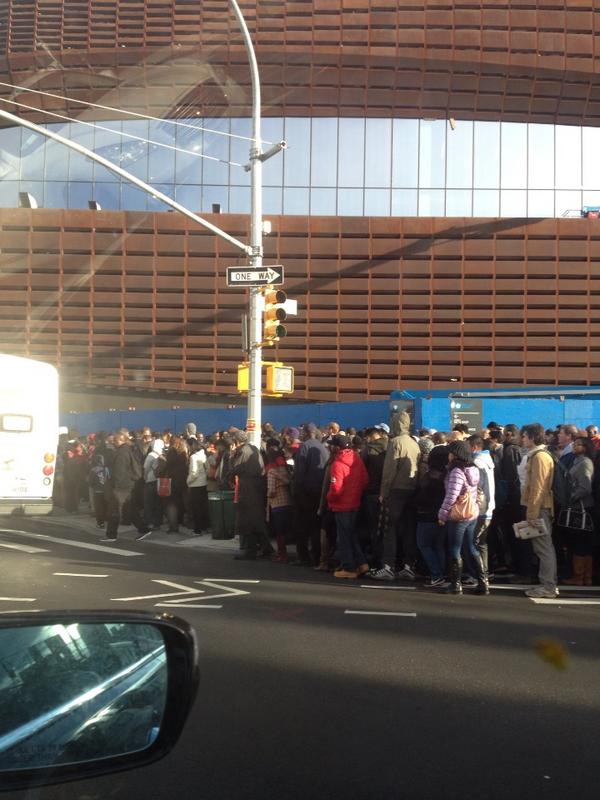 Madness in #brooklyn by the #barclaycenter to get a bus into #nyc lines wrapping the Barclay center 2x! http://t.co/vS5Tdsc6

And here's what the *front* of the Brooklyn-Manhattan shuttle bus line looks like. It actually wraps around http://t.co/omPixCNk

Line to get on bus to Manhattan looks like a scene from those movies when they evacuate #NYC. Where's Wil Smith? pic.twitter.com/XKAD1tfE 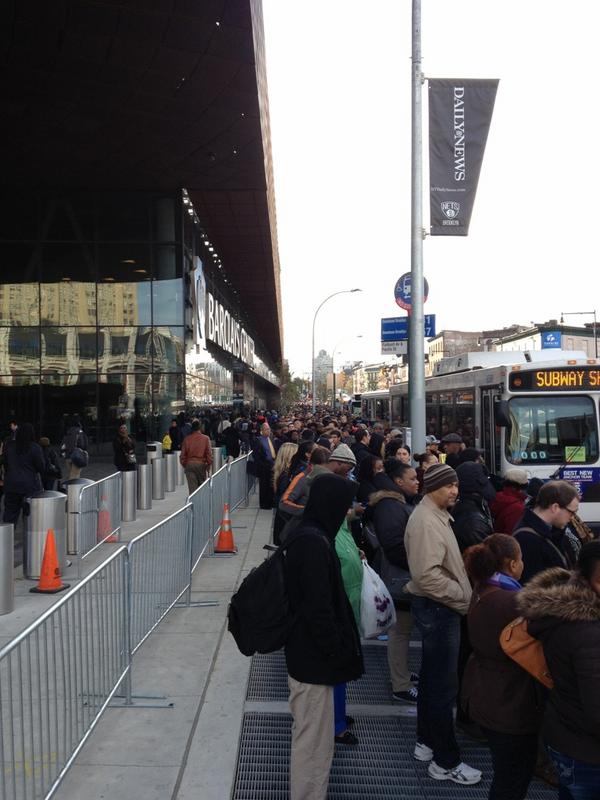 The line for the Brooklyn-Manhattan shuttle from Jay Street is fucking nuts. Gotta be at least 5 blocks of people

. @GridlockSam People should be avoiding driving on Jay Street in Brooklyn. The shuttle bus traffic is making it untenable.

The line snaking from Jay street under a tunnel in downtown Brooklyn for shuttle buses to Manhattan pic.twitter.com/YrDsxqKy 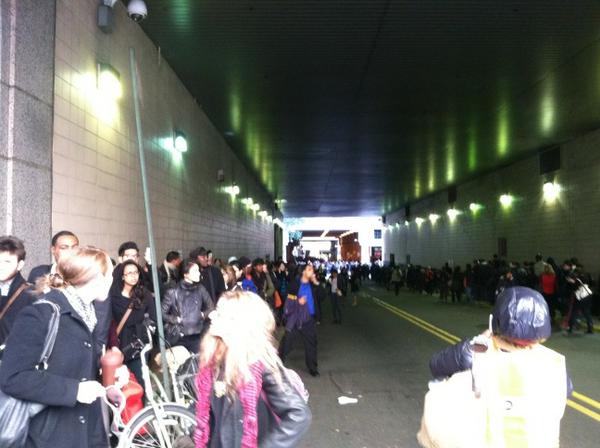 My morning commute from Brooklyn to Manhattan via shuttle buses. 1000s walking in line, circling the blk 2x for an hr. pic.twitter.com/knJsBi8R 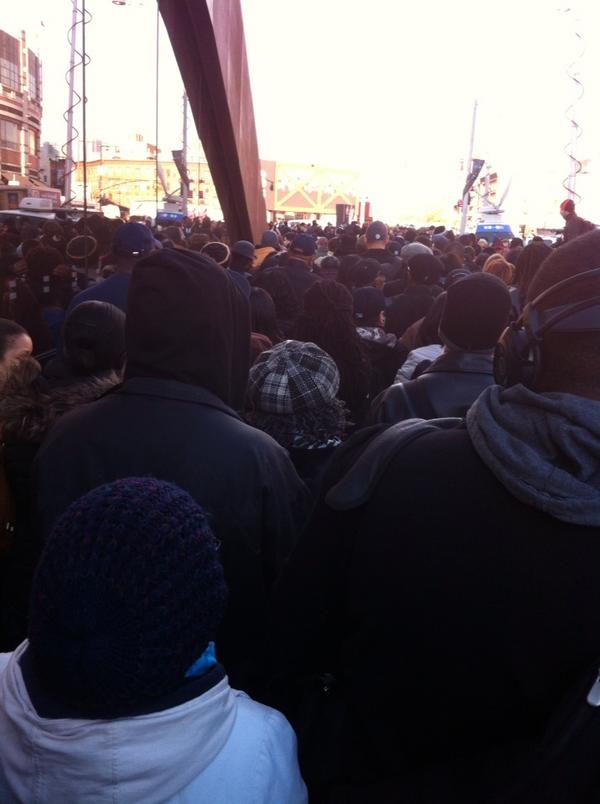 Photo: the line for the brooklyn shuttle. imagine this ten times. Sent via BlackBerry by AT&T http://t.co/rLom0IyX

the line to get on the manhattan shuttle looks at least 1,000 heads deep. damn, downtown brooklyn. godspeed.