Well, it took a couple of days, but we’ve finally determined what Valerie Jarrett was thinking when she tweeted out the letter “P.” At a campaign event in Cincinnati this morning, President Obama really got his audience’s enthusiasm flowing. One man apparently drank in a little more of Obama’s greatness than everyone else, and, unable to contain himself any longer, he snuck off to relieve some pent-up pressure, killing some grass in the process. You can view the photo here.

Gotta vote? Gotta go is more like it. One might say that guy’s Obama’s number one fan. Badum-CH!

@anthropocon @politico @AG_Conservative Hilarious. Look out, pee dude, the Secret Service will be paying you a visit soon.

Whether the urinator will be identified remains to be seen, but leave it to ExJon to speculate: 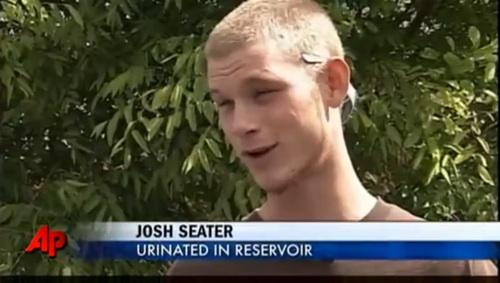 The agent’s stance, though, is a bit suspect, to say the least. And hey — even Secret Service guys have to go once in a while. Those guys are trained to have their eyes and ears tuned in to their surroundings. Nothing says they can’t multitask.