If you find yourself comparing Trump to Kim Jong-un because you think Trump is eviler than the dictator of North Korea, it might be time to seriously reexamine what it is you’re trying to accomplish politically in your life.

And c’mon, singing North Korea’s praises as a means to hate on the United States is just … well … dumb.

Looking at you, Michael Moore.

Jake Tapper himself has had enough of the ridiculous mooning from folks having a lovefest with the world’s most repressive country, even some of his colleagues: 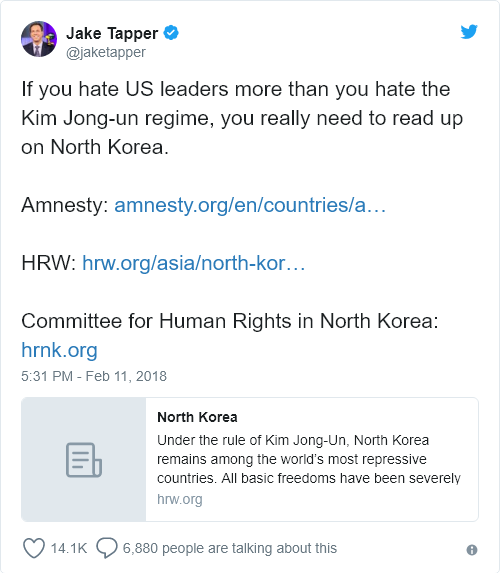 Thanks for this, Jake.

Under the rule of Kim Jong-Un, North Korea remains among the world’s most repressive countries. All basic freedoms have been severely restricted under the Kim family’s political dynasty. A 2014 UN Commission of Inquiry found that abuses in North Korea were without parallel in the contemporary world. They include extermination, murder, enslavement, torture, imprisonment, rape, forced abortions, and other sexual violence. North Korea operates secretive prison camps where perceived opponents of the government are sent to face torture and abuse, starvation rations, and forced labor. Fear of collective punishment is used to silence dissent. There is no independent media, functioning civil society, or religious freedom.

But damn, those cheerleaders are so mesmerizing! 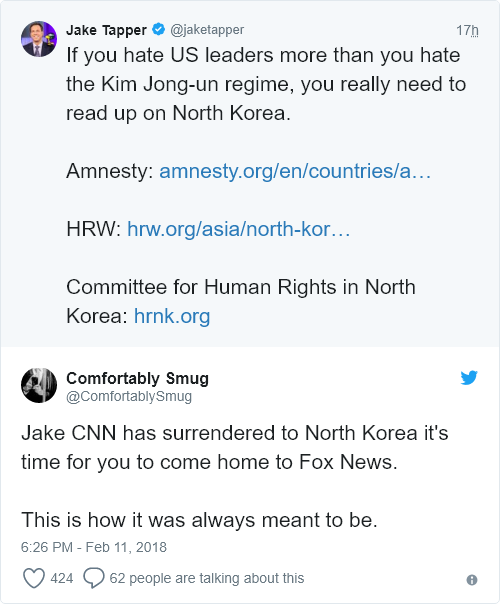 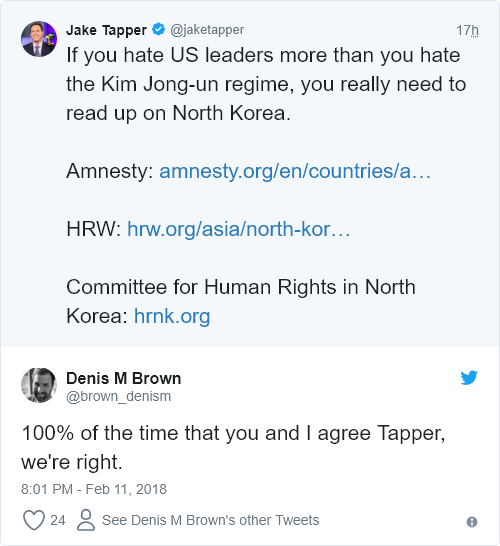 This was pretty good. 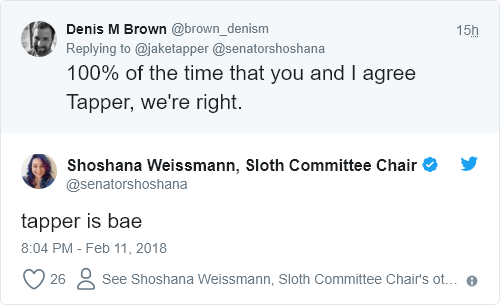 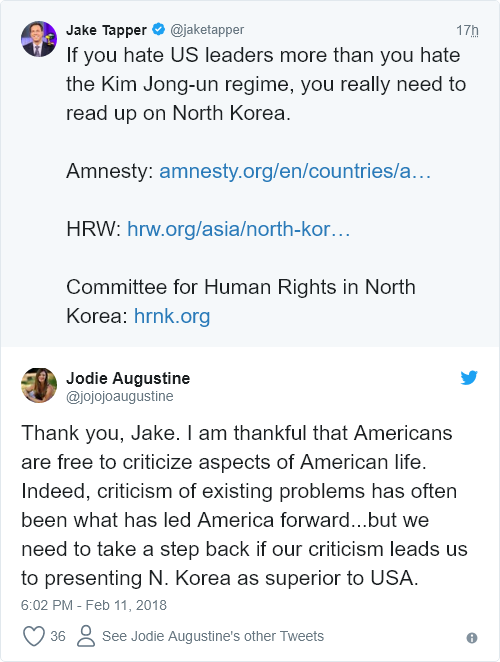 Bingo. It’s perfectly fine (Hell, it’s American) to complain about your government and the people who lead it, but if you’re to a point where you’re defending a regime that puts thousands of its own citizens into work/death camps because you think Trump is a big meanie you’ve gone too far.

MOCKTASTIC! CNN gets the photoshop treatment after gushing over Kim Jong-un’s sister