Today, there was another “words are so hard” example.

VP Biden meets today with 12 members of the House Democratic task force on gun violence. No Republicans. No photo op.

Weird! Because here is … a photo. 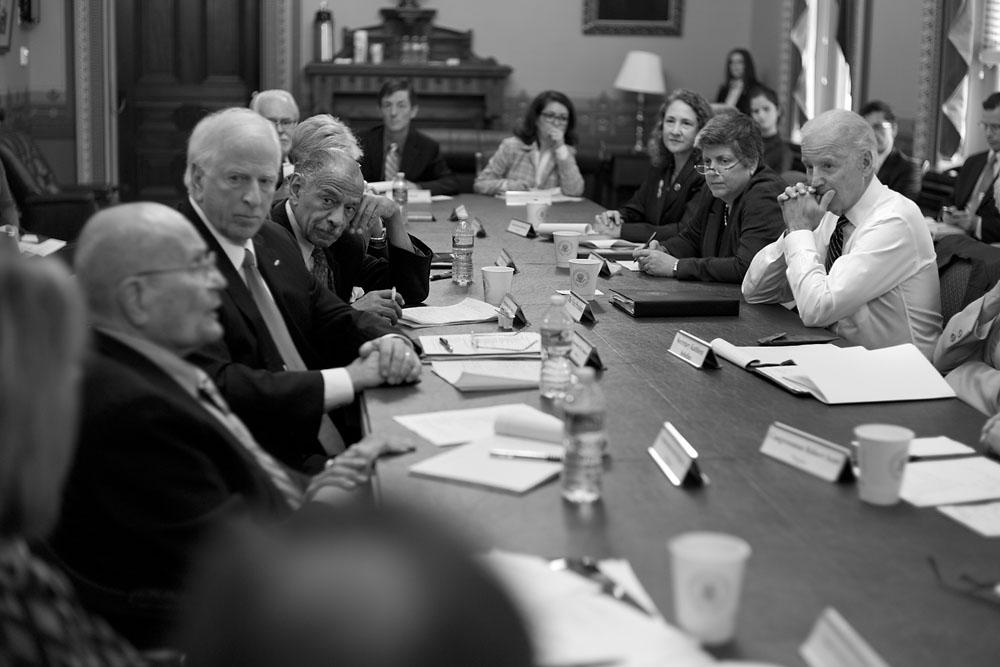 It depends on what the definition of photo is! CBS’ Mark Knoller, who is a Twitter master and an all-around good guy, tries to explain it away a little.

@SpeakWithAuthor Exatly right. A photo op means the press. A photo release is a handout.

Sorry, Mark, but we must disagree. A photo op does not specifically mean for the press. Other people do exist. We are givers, so here is a definition for the Vice President’s office:

Ding, ding, ding! We have a winner! Why do you think the photo was sent out?

By the way, what happened to that whole “bipartisan spirit”?

And, get ready for the next photo. Op, or otherwise.

WH official tells me Biden and POTUS are, indeed, meeting this afternoon to discuss gun recs from Biden's task force