Gov. Gavin Newsom calls for new taxes on greedy oil companies in order to bring down gas prices, or…

Aww, little Debbie Wasserman Schultz desperately trolled for viewers for her appearance on CNN this morning. With picture “enticement,” to boot! 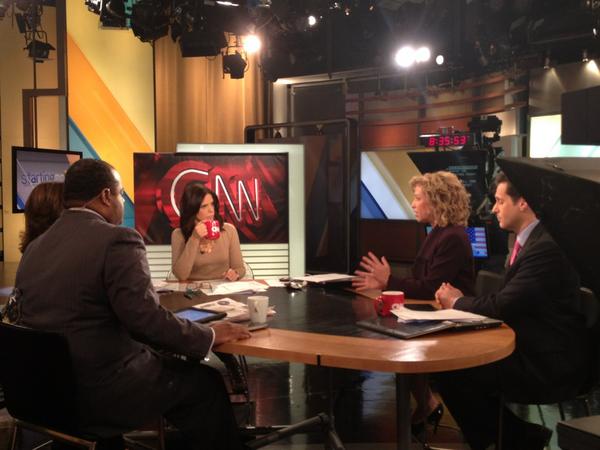 Here’s some advice, Debbie: The picture just makes it even less enticing, if that’s possible.

Special Snowflake Soledad joined in the begging for viewers action.

Twitter users responded with a resounding, “We are just not that into you.” In fact, they’d rather have things like root canal.

Dumb and Dumber. RT @DWStweets: Tune into CNN to catch my interview with @Soledad_OBrien. http://t.co/xMAet4Pv

@GaltsGirl @DWStweets @Soledad_OBrien @JayLeno LAST TIME I WATCHED SOLEDAD I CHEWED OFF ONE OF MY ARMS. THEN GOT A ROOT CANAL.

@RolondaAStewart Right? Sheesh! Notice Congress lining up to criticize Petraeus's affair? -Deflecting us from the job they're not doing.

Gov. Gavin Newsom calls for new taxes on greedy oil companies in order to bring down gas prices, or something