Will he, or won’t he? Singer Lee Greenwood opened the Paul Ryan rally in Greeley, Colo. today.

And Twitter users were on the scene, ready to report. 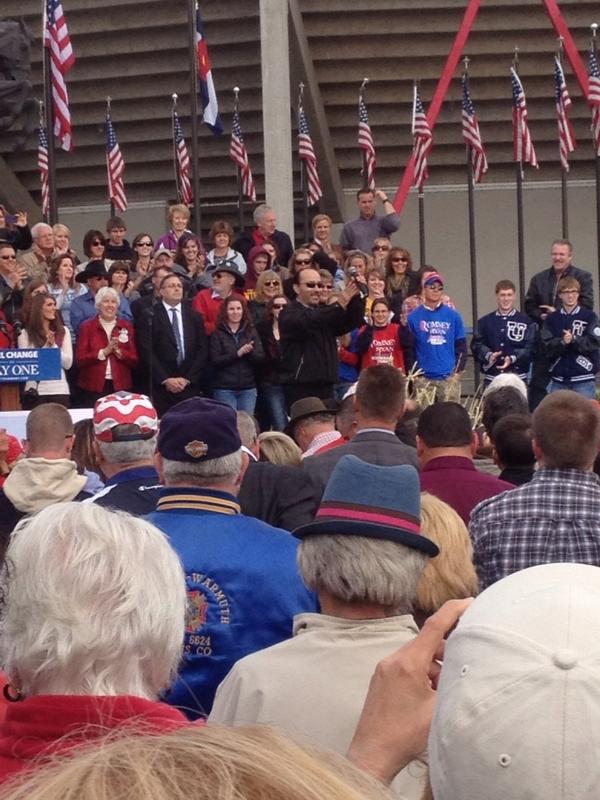 Greenwood gets crowd whipped up with his trademark version of "America the Beautiful" wth soprano sax solo. #ryangreeley

No “God Bless the USA” yet.

Lee Greenwood is singing "Wind beneath my wings." The crowd is … confused. Not a bad version, though, as they go.

Thus spake Lee Greenwood: "This is the greatest country on earth because of the freedoms we enjoy. Let's not lose them this election." 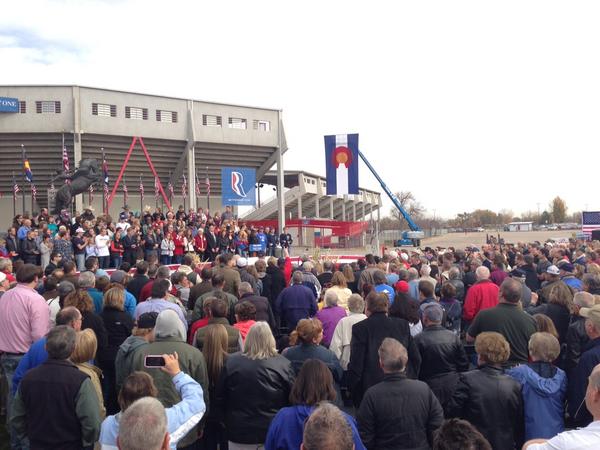 And here's "God Bless the USA." Cellphone cameras out in the crowd.