A local ABC affiliate in Chicago was forced to apologize when a graphic for the Pyeongchang 2018 Olympics in South Korea was listed as “P.F. Chang 2018” instead. P.F. Chang’s, of course, is a Chinese food restaurant, not the town hosting the games: 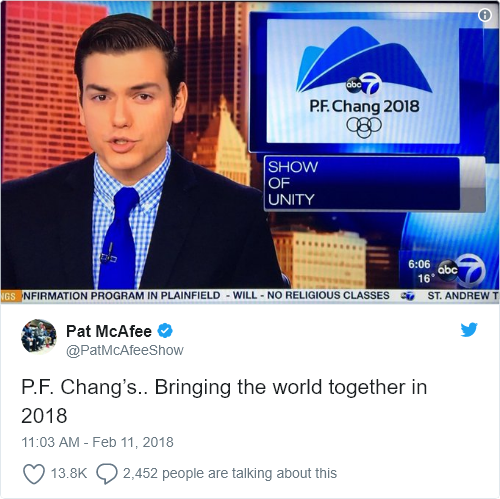 The station said there was a “mix-up.” Ya think? 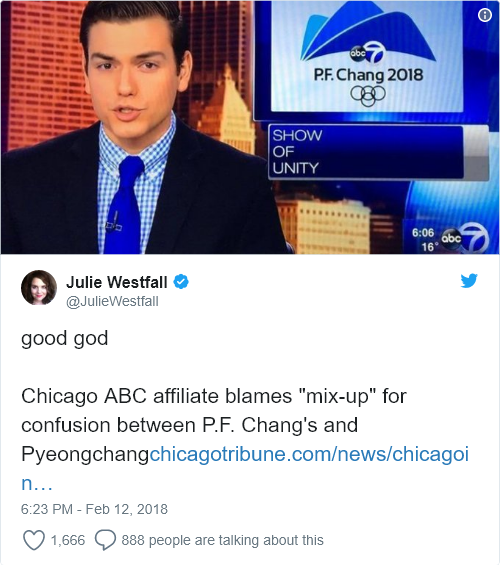 According to the station, the P.F. Chang logo was designed for a “satirical piece”:

Jayme Nicholas, a spokesperson for the ABC affiliate in Chicago, told Inc. that the goof was the result of a mix-up. The graphic was created for a different “satirical piece” put together on Friday by sports anchor Mark Giangreco in which viewers were encouraged to invent their own Olympic sports, but it was mistakenly also used for the serious news story read on Saturday by weekend anchor Mark Rivera, Nicholas said.

Oh, so now the MSM is attempting to outdo The Onion? Good luck with that.