‘Writer, critic, editor’, Maud Newton, tweeted that Governor Ron DeSantis’s use of the term ‘biblical’ to describe the storm surge on Sanibel Island was nothing less than ‘an evangelical dog whistle’.

Newton’s frustration largely seems to be that she wants a common weather event to be blamed on climate change, despises Ron DeSantis and evangelical Christians, and just wanted to feed all those passions in one fiery, nonsensical tweet. 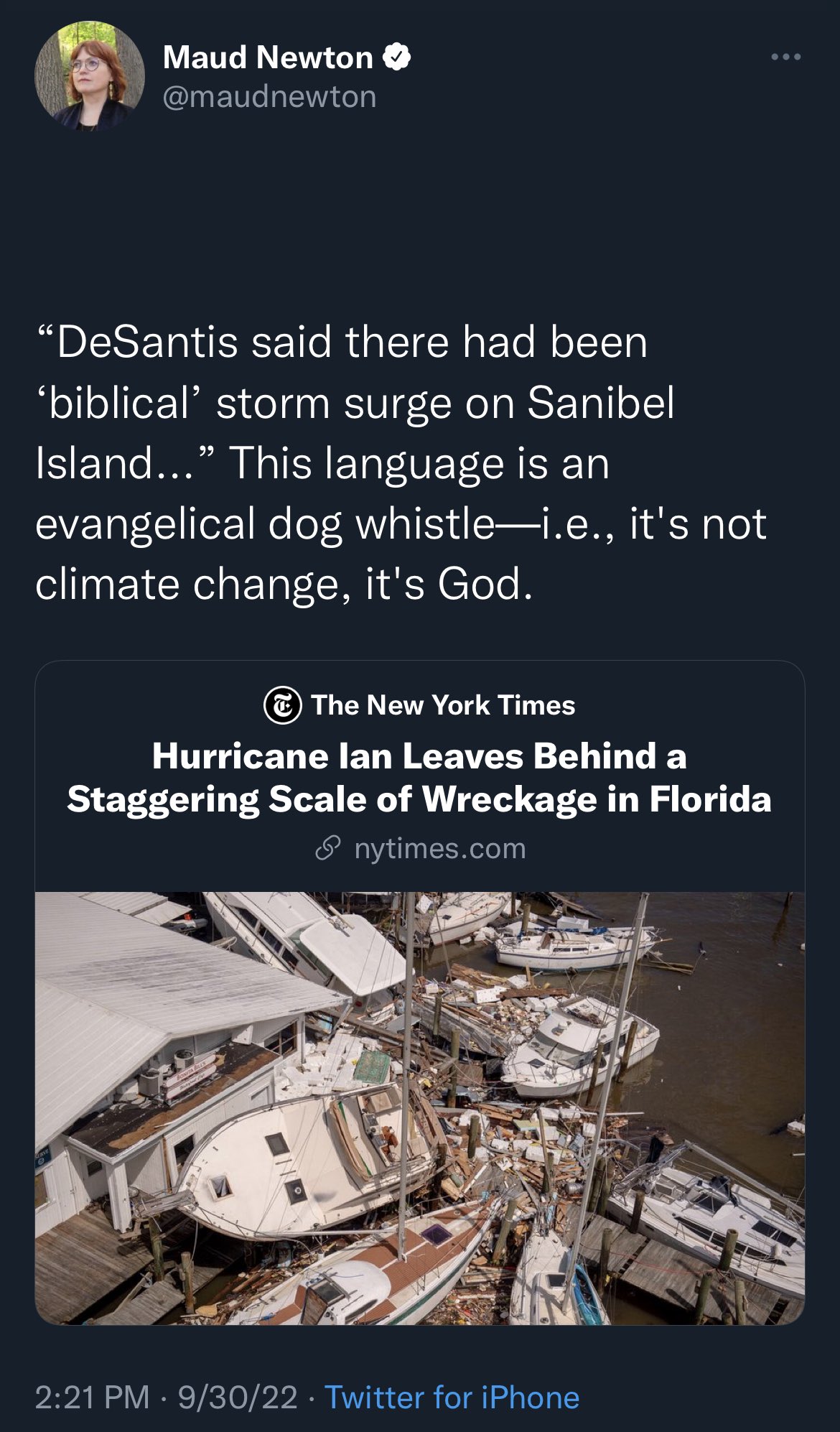 Bless her heart. Fortunately, Maud realized the tweet was a bit over-the-top and decided to delete it. Ok, that’s not exactly what happened. LOL.

Sometimes I stand by a tweet but delete it because I have spent enough of my life amid the rantings and abuse of Rapture-obsessed evangelicals. Good time for a Twitter break. See y'all ✌🏻

This was no exception, users of Twitter were quick to respond to the tweet and also shared the now-deleted original.

We’ve got some of those responses for you. Yes, the tweet is deleted, but we at Twitchy have a certain set of skills.

This is stupid on a number of levels, but the idea that a Catholic is blowing an *Evangelical* dog whistle is hysterical. https://t.co/w0fH7kzcoE

Are you going to be ok, Maude?https://t.co/ZVvPRs4PnT

Imagine being so out of touch with reality (let alone the Bible) that you think storms only started happening due to climate change… nice one, Maud… https://t.co/zpglg7wkA7

Right? How the devil did she come up with that one?

She should really be charging for this kind of analysis. https://t.co/JsTKL6tKrV

From your mouth to God’s ear!

"Everybody who disagrees with me is the same person" https://t.co/EbV31KKfMI