Earlier this month, Jimmy Kimmel told the hosts of Pod Save America why liberals make the best late night comedians:

Around that same time, Kimmel reportedly experienced a problem when trying to turn left.. onto a “right turn only” street: 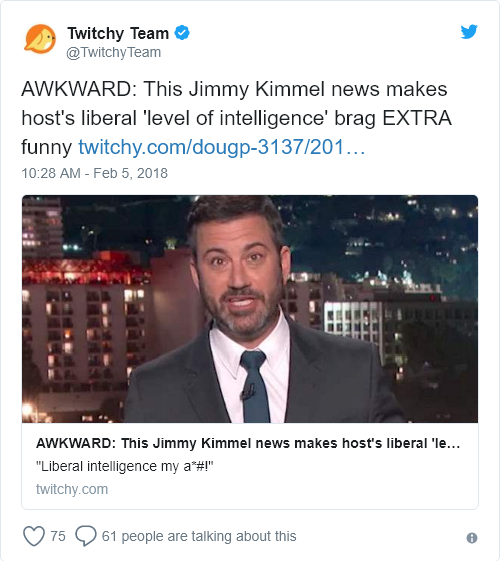 Here’s what happened at the time:

On Thursday, Kimmel crashed his BMW into another car near the Chateau Marmont Hotel in West Hollywood, Calif. The talk show host reportedly made a wrong left turn onto the Sunset Strip despite the “right turn only” sign.

Because of that accident, street artist Sabo put an addendum on the “right turn only” sign on that particular corner: 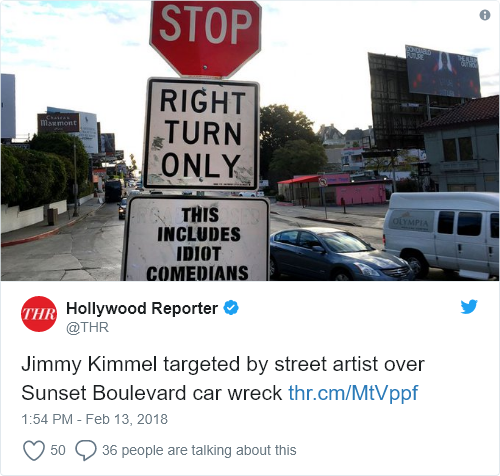 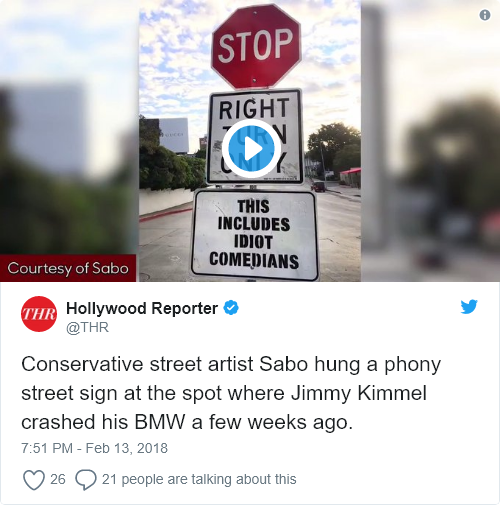 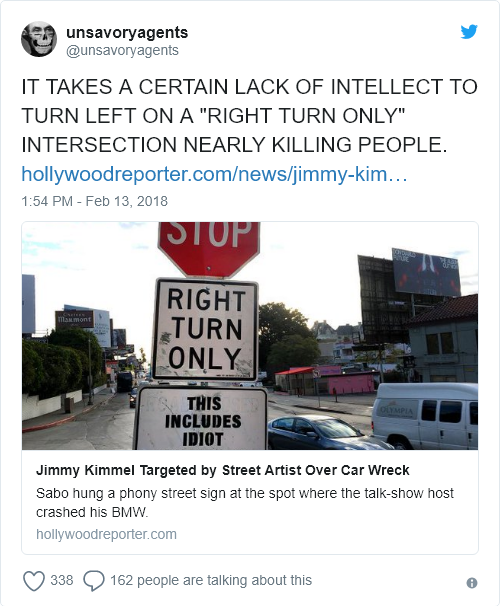 From The Hollywood Reporter:

Jimmy Kimmel found himself the butt of a joke Tuesday morning at the location where, a few weeks earlier, he’d reportedly crashed his BMW while trying to make an illegal left turn.

TMZ reported that Kimmel was struck while driving on the Sunset Strip in front of the famed Chateau Marmont Hotel in West Hollywood as he turned left. A nearby street sign proclaimed “Right Turn Only,” which was situated underneath a red “Stop” sign.

On Tuesday, though, an additional, very official-looking street sign was added to the post so that underneath “Right Turn Only” drivers are also reading: “This Includes Idiot Comedians.”