‘Elitist insanity’: Watch President Biden explain how he’s got to eliminate jobs to…

‘It’s getting spooky now’: Did the Babylon Bee nail this headline about Andrew Cuomo…

Do you need a tissue? NASDAQ CEO responds to the Reddit-GameStop trading boom

Is it wrong to compare Donald Trump to Adolf Hitler on Holocaust Remembrance Day? This veteran journo…

Remember about 10 minutes ago when liberals, who were big supporters of Black Lives Matter and taking a knee, changed their minds and decided it was beyond reproach to question law enforcement? Eric Holder had a tweet that summed up the sentiment rather well: 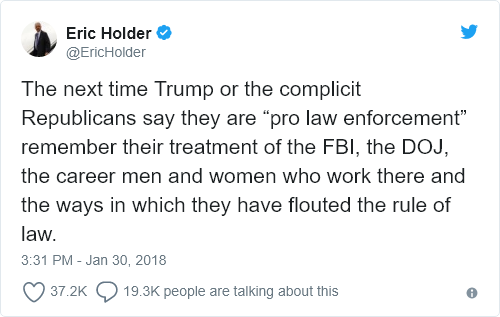 It’s a shame, then, that the men and women who work for ICE to enforce the law get exactly zero respect from liberals. After KQED reported Thursday that ICE had detained more than 100 illegal immigrants in ongoing sweeps of the Los Angeles area, director Joss Whedon declared them “Trump’s SS.” 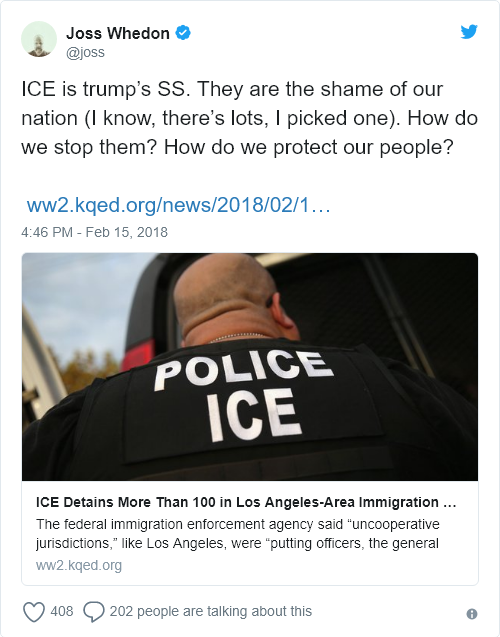 Whedon does know that most of the ICE agents now working under Trump previously did the same job under Barack Obama, right? We don’t recall him tweeting about “Obama’s SS” then. 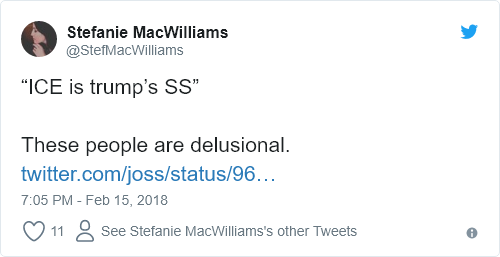 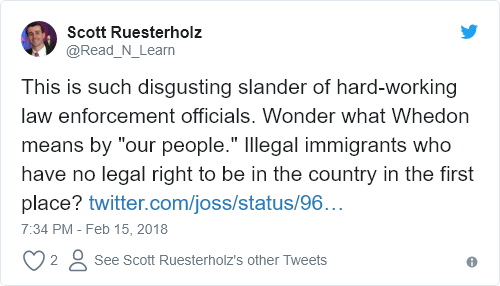 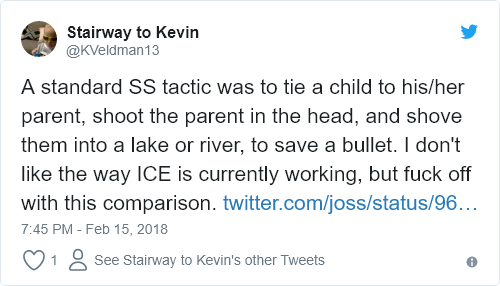 ‘SEEK HELP’! Joss Whedon’s FREAKOUT over tax reform is one for the books

What took him so long? CNN’s Chris Cillizza explains ‘how Trumpism explains the GameStop surge’