While The Resistance does its best to impeach President Donald Trump, it rarely looks ahead to the result, which would be President Mike Pence — and everyone knows life under President Pence would be literally “The Handmaid’s Tale.”

Now that Omarosa Manigault Newman is out of the White House and in the “Celebrity Big Brother” house, she’s not hesitating to bash Trump (whose tweets “haunted” her every single day) or Pence, whose Christian faith goes a little too far for her taste. 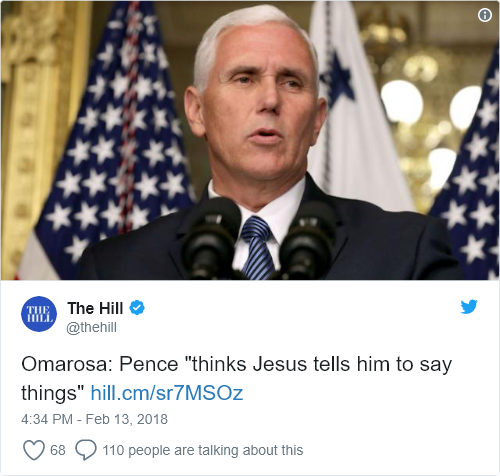 Julia Manchester at The Hill has this week’s “Celebrity Big Brother” recap, where Omarosa claimed that people would beg for President Trump back were Pence to move into the Oval Office.

“He’s extreme. I’m Christian. I love Jesus. But he thinks Jesus tells him to say things,” she told her housemates.

The ladies of ABC’s “The View” also reacted to that clip of Omarosa, which brought a lot of laughter to the audience and gave Joy Behar a chance to dust off some old material. 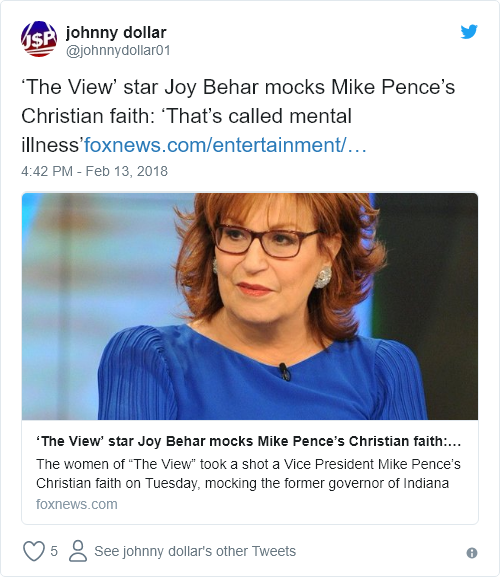 Fair warning: Your sides may split after the comedy stylings of Joy Behar:

Joy Behar then said: “It’s one thing to talk to Jesus. It’s another thing when Jesus talks to you.”

“As a Christian, that’s just par for the course,” Shepard said “You talk to Jesus, Jesus talks back. What concerns me is, how long is the conversation with Jesus?”

Behar, an ABC News star, uncomfortably joked, “Can he talk to Mary Magdalene without his wife in the room?” 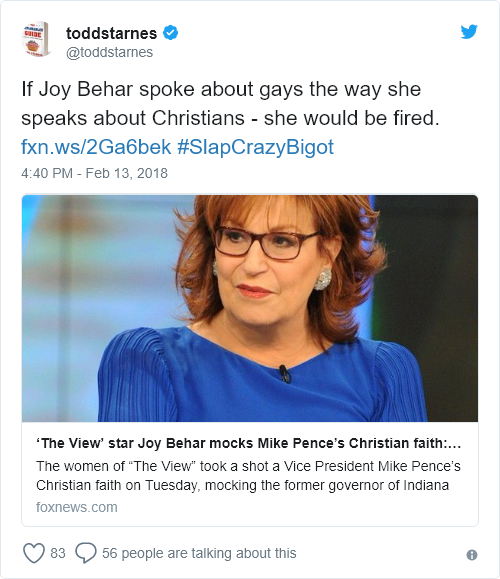 Not that anyone needed it, but here’s today’s reminder that the women of “The View” aren’t so bright: 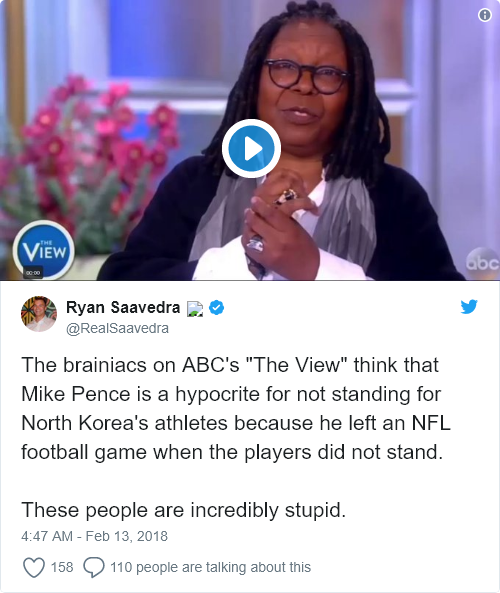 Cry him a RIVER! Olympic figure skater Adam Rippon is PISSED that he dug his OWN grave