‘This was definitely the problem with it’: Nancy Pelosi says Biden agenda might have to be…

ItŌĆÖs common knowledge that OprahŌĆÖs couch is where todayŌĆÖs celebrity goes to confess his sins and move on with his career. But is Lance ArmstrongŌĆÖs interview a true confession of cheating? Is he truly contrite? For you, that might depend on what the meaning of ŌĆ£isŌĆØ is.

Armstrong: "I went and looked up the definition of cheat." http://t.co/eloTHAUt -CJ

Lance Armstrong's interview is a lot of semantics; says he looked up the definition of "cheat" and didn't think it applied to him.

Lance Armstrong looked up the definition of "cheat" in the dictionary? That's the weirdest part of the interview so far.

Lance Armstrong says he needed to look up the definition of "cheat" .Dear kids , this pic is the new definition : pic.twitter.com/PF5lmaw7 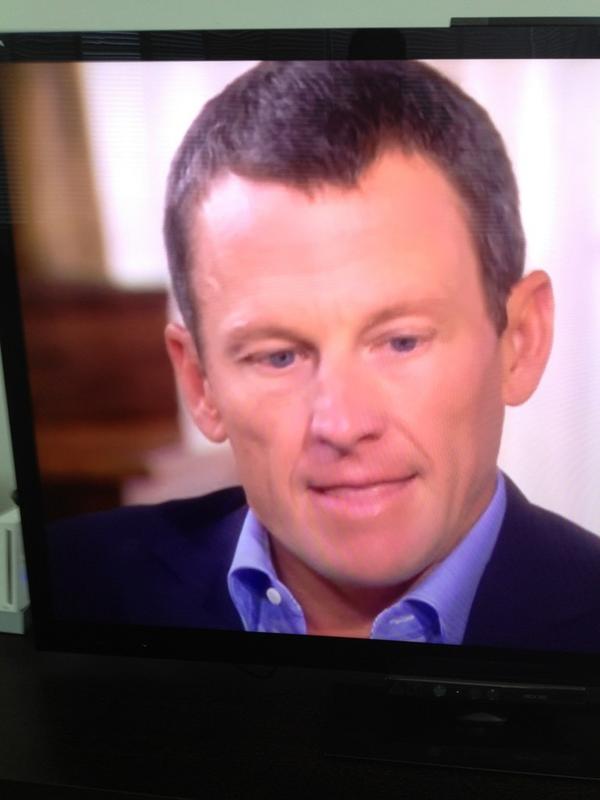 @AP and what did he come up with after looking up the definition of Cheat? I hope enough info was explained to him by doing that.

ArmstrongŌĆÖs sit-down isnŌĆÖt sitting well with a lot of viewers.

Lance Armstrong has this weird thing where he says "no" but nods "yes." Maybe I've watched too many body language segmentsŌĆ”

Something Harry Truman said reminds WWR of Lance Armstrong: "Always be sincere ŌĆō even if you don't mean it." #Doprah

He has a rather expansive view of what a human "flaw" is, @lancearmstrong.

It's fascinating to see the persona Lance Armstrong allowed the world to admire & the one others describe and he now admits to.

Lance: "It's impossible for me to answer this question and for anyone to believe it."

Hey Lance: Good luck on ur entirely self-serving ego-maniacal "How much do I have to admit & should I cry?" Tour #LieStrong

This whole apology thing is really sticking in Lance's craw. Not quite as talented at contrition as he is at hubris. #livewrong #liestrong

The interview goes on for another 90 minutes tomorrow night, but many suspect even that wonŌĆÖt be enough time for Oprah to absolve Lance Armstrong.

Raise your hand if you think @lancearmstrong understands how much he ruined the lives of people who were telling the truth.

No ŌĆ” The tipping point was when you started cheating #LanceArmstrong ŌĆ” Does he sound like he wishes he'd just gotten away with it?

Would love to know what Marion Jones thinks of Lance's "confession". She went to prison over lesser accusations.

‘This was definitely the problem with it’: Nancy Pelosi says Biden agenda might have to be renamed so it’ll pass