This isn’t really surprising, is it? It’s official at last: the House of Representatives will not vote on a fiscal cliff deal tonight, so it’s over the edge we go.

Official: no vote on fiscal cliff in the House tonight.

Its official. No vote on fiscal cliff tonight

The House of Representatives will wrap up business today without Fiscal Cliff vote. CNN LIVE

BREAKING: @CNBC's John Harwood quoting sources saying House will NOT be called for a vote tonight.

All those who bet that fiscal cliff deadline would not be met – hold on to your pari-mutuel tickets until judges decision is final.

No vote on fiscal cliff this evening, congressional source says. Described as going over the cliff, but with a bungee cord. Maybe.

Right now, millions of Obama voters are going "OMG! We're going over the cliff!" while failing to realize it was what they voted for. #tcot

The House GOP are scheduled to meet at 5 p.m. tonight, but the only order of business is a Superstorm Sandy relief bill. Sources say the House will not vote on a Senate bill if the Senate does manage to produce one.

SOMEONE MEETING!: House GOP to meet at 5p ET, our @deirdrewalshcnn reports.

What does that mean for the average American? We’re not certain (especially about that “bungee cord” metaphor). The Defense Department is reportedly preparing to send out 800,000 layoff notices.

SEQUESTER MOVES: Defense Dept. tells CNN that they are ready to tell 800,000 civilian employees to expect poss furloughs b/c of fiscal cliff

Congress still gets that pay raise, though, although Rep. Michelle Bachmann has just announced she’ll introduce legislation to stop that from happening.

I am introducing legislation to block Pres. Obama's exec order that gives Congress a pay raise. We need to cut spending not increase it.

One plus: the markets seem to be happy about the news.

Many are qualifying their news of our plunge over the cliff with the word “technically.” Cuts aren’t scheduled to take place until Wednesday, which still leaves some time for a vote.

House GOP aide: "If a deal is reached, there is little substantive difference between a vote at midnight and a vote tomorrow." Important pt.

The House is scheduled to reconvene tomorrow at noon. House Speaker John Boehner had advised representatives to stay near the Capitol tonight.

BREAKING: House of Representatives to reconvene at noon ET on Tuesday – Reuters

House continues to wait for Senate to act on #fiscalcliff. @GOPWhip has advised Members to stay near Capitol in case of further votes.

In the meantime, the Senate has been working on its version of a bill, and sources say a deal there that will delay the sequester for two months is nearly done.

As soon as Biden and McConnell can work out buying down 3-months of the sequester via 50% spending cuts and 50% taxes, then there's a deal

Senior Senate R source says they hope the Senate can vote tonight on #fiscalcliff . As to time, source said "10 or 11."

Others say it might be 2013 before the Senate actually votes.

It looks like a long night ahead for both the Senate and the reporters covering it.

The Senate just extended morning business until 9 p.m. Not cool. Not cool.

Did not expect that my first post-Dick Clark New Year's would be hosted by Joe Biden.

FISCAL CLIFF now: Senate Dems aren't meeting, no time set yet for when they will. cc: reporters in the Ohio Clock Corridor

Senate Dems have been told to expect their meeting to (finally) happen within the next hour. Had been holding off due to a lack of deal…

Happy NYE from the Senate, where we’ll be stuck forever. Glad I wore sequins. (Thanks for the snap, @jwestcottphoto.) pic.twitter.com/ReeLgBkr 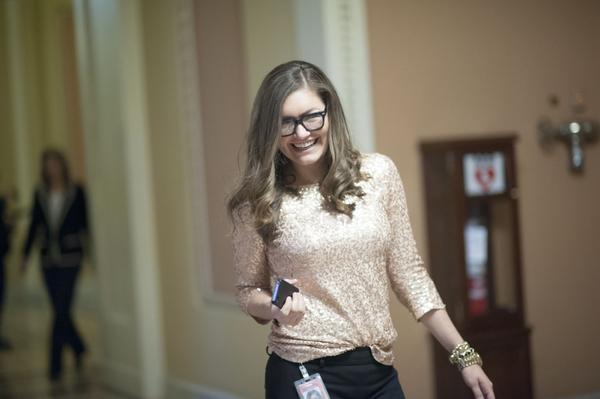 This will not go down as one of my favorite New Years's Eves. Memorable yes.

The WH mess is closed… so the staff is ordering out; they assume a long night. Think it's pizza and wings, for those that care

If @JoeBiden is coming up to the Hill I hope it looks something like this pic.twitter.com/PMC60mco 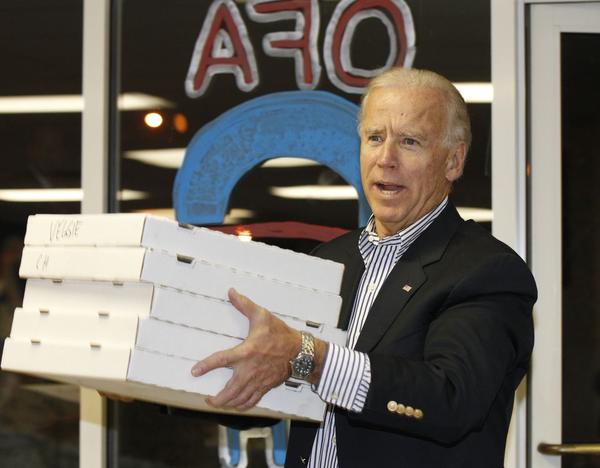 BREAKING: Democratic sources tell our @YellinCNN, @DanaBashCNN that there is a deal. Echoing GOP sentiment a few hours ago. #NeedDetails

So, what have Biden and the Senate Democrats come up with? One source says — shocker — higher income taxes.

The deal is "basically" done. Now, Senate Dems have to bless it. Senate GOP has already done so. Vote cd happen by 3am

Here’s a refreshing change: the word “cave” appearing somewhere else besides next to the name “Boehner.”

Senior Dem aide says White House has agreed, against Dem wishes, to a two month sequester delay and to index the estate tax.

Reports indicate that the Senate and White House have managed to kick the can down the road two whole months. With all the excitement of a deal getting done, is anyone actually happy with it?

This deal INCREASES spending. It's more of the same irresponsible & reckless behavior we've come to expect from Congress.

So let's get this straight. The deal raises taxes, spends billions more and pushes off $110 billion in cuts? No thanks. http://t.co/zFUD1DlD

I am told by Hill/WH sources that Reid and Pelosi have OK'd the Biden-McConnell deal. Two-month sequester delay offset w/revenue & $ cuts

The 2-month sequester delay: cuts would come half from defense & half-non-defense. 2 month window to give all sides time for bigger deal.

Despite this deal on taxes, realize that in March, we will have new steeper cliff: debt ceiling, govt' funding and sequester again

Important new info: Senior official says deal on Sequester is just a "two-month buydown" as in enough savings to shut it off for 2 months

So a) they will have to come back and deal with sequester next year b) half of the two-month fix comes from spending cuts, half from revenue

WH official on the deal: "It is a compromise, so we don't love it, but it is the right thing to do for the economy."

Income taxes go up for individuals making over $400K. 40% Estate tax kicks in at $5 million, indexed for inflation

Republican Senate leadership confident the deal passes by a large margin in both the Senate and House.