Shoppers at the Arden Fair Mall in Sacramento, Calif., reported panic and an exodus of people after a fight and possible gunshots were witnessed.

Arden Fair Mall in Sacramento on lockdown. Fight broke out in food court, some reported seeing gun. via @kcranews tv.

@LifesGoodGalshk yeah there's was gunshots now they locked us in

Do not go to the Arden Fair mall. There is a guy with a gun in the food court. I'm safe in a store, but do not come here.

Omg there were shots in arden mall, and pacsun has us in the back of the store ! Im scared shitless !

You guys there's a gunman in my mall, he shot twice already. I'm in the bathroom hiding at work. Do NOT come to Arden Mall. DO NOT.

Someone got shot at Arden? I'm locked inside Bath and Body Works. People started running towards Macy's. Uh…. If I die, I love you guys.

I just left Arden Fair , and the mall went into lockdown. Wtf!

Well Arden fair mall is on lockdown because someone is shooting in the food court. If now is not the time for gun laws I don't know what is. 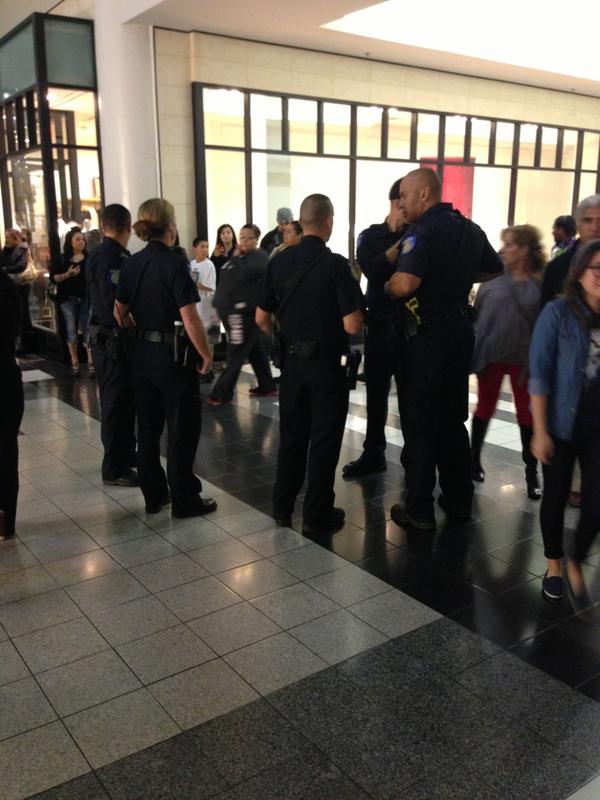 Kim Minugh is a reporter for the Sacramento Bee.

So, were shots fired? As we learned from a recent incident in Portland, Ore., even first-hand accounts can vary widely. Those who were on the scene, though, insist they heard gunfire.

@PrettyBoyWinnin I don't care what they said I was right there

#News10 UPDATE: Authorities say it was a large brawl-like fight inside Nordstroms – There was no gunfire, authorities said

The lockdown appears to be over. Twitchy will provides updates as they become available.

#News10 UPDATE: Arden Fair Mall stores were locked down; police trying to let people out, stores slowly opening gates to get people out

Just released from a lockdown at Arden Fair Mall. All kinds of police, security, swat & helicopters surrounding the building. Way too scary.

At Arden Fair Mall… I have never seen people run that way in my whole life. #SoScary

Four have been arrested. All official reports indicate that no shots were fired, but it’s still unclear whether guns were involved.

4 people arrested at Arden after fight breaks out in food court involving 20 or so people. No weapons have been located so far. #News10

20 people were fighting in the food court at Arden Fair Mall. The mall automatically goes into lockdown, no shots fired.

The fight at Arden Fair Mall, 4 are arrested. Entire situation was caught on camera.

no guns at arden fair, just stupid ppl fighting and a sign making a loud noise

The Sacramento Police report that there was no gun, and shoppers are welcome back.

Arden Mall is open to the public, reports of shooting and or subject with a gun are unfounded.

I'm told by .@RacheyMT, who was shopping at Nordstrom, that #ArdenFair is like a "ghost town" but for cops, security. Ppl got the hell out!