They added a Hamas compound was hit. No casualties were reported. The Israeli army spokesperson unit confirmed that the Air Force was bombing Gaza.

Rudoren believes the explosions she heard were from Israel’s strike on Ismail Haniyeh’s headquarters in Gaza.

Witnesses report near-total destruction of the ofc of Hamas PM Ismail Haniyeh in predawn bombardment; likely what I heard at 4 am

Photo: This is what is left of Hamas gov’t HQ in Gaza City (AP) pic.twitter.com/NAYbUpd2 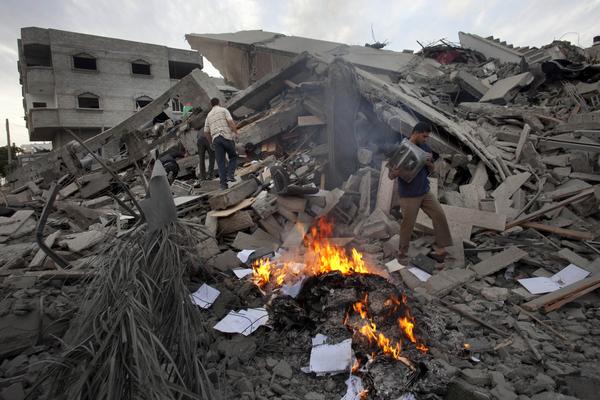 Video via the IDF.

Watch this video of an IDF pinpoint strike earlier today on a #Hamas commander's explosives-laden house in #Gaza: http://t.co/DUjoRZWx

The IDF says secondary explosions in the video indicate explosives were stored in the building.