Wanted for allegedly murdering a neighbor in Belize, McAfee had spent the past several weeks on the run from authorities. Last night, law enforcement caught up with him and detained him in Guatemala City. He was scheduled to be deported back to Belize later today, but this morning, he was rushed to a Guatemalan hospital after complaining of chest pains. 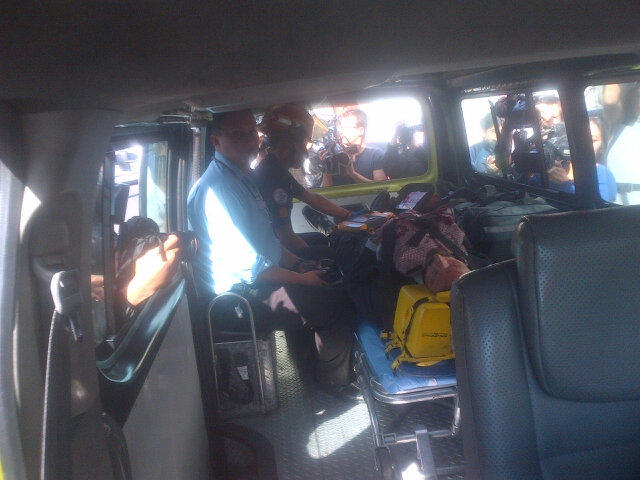 The press is all over him: 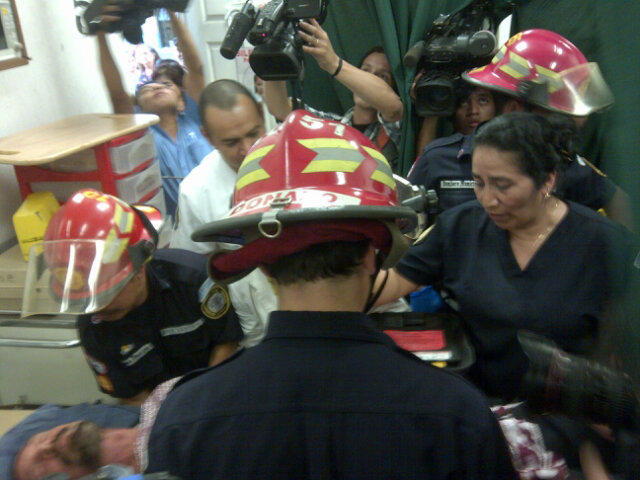 Whoa. This pic of John McAfee in the hospital right now. pic.twitter.com/od3cm9RO

McAfee appeared unresponsive, but when nurses undressed him, he said quite clearly, "please not in front of the press" pic.twitter.com/I2jpJncH

McAfee told The Associated Press that he had suffered chest pains overnight but didn’t believe he had suffered a heart attack. A government doctor who examined him agreed, saying McAfee’s heart rhythm and blood pressure were normal, and he appeared to be suffering from high stress.

(Editor’s note: The word “reportedly” has been added to the title to reflect conflicting reports about the reason for McAfee’s hospitalization.)