Olympic figure skater Adam Rippon has skated himself into some very hot water recently — and it’s all his fault. So he needs all the help he can get. Enter The Hill.

In response to The Hill’s story about Rippon whining that his snit-fit over Mike Pence has overshadowed his Olympic experience: 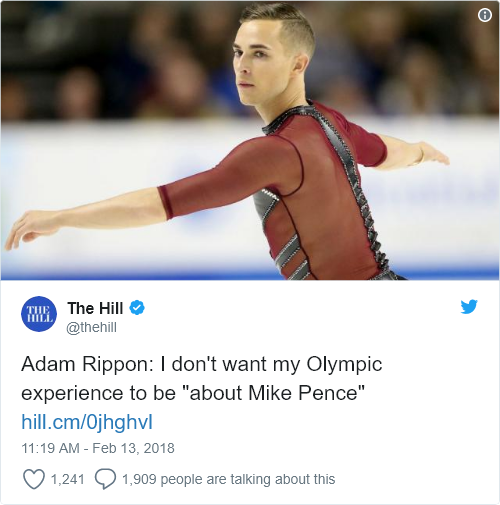 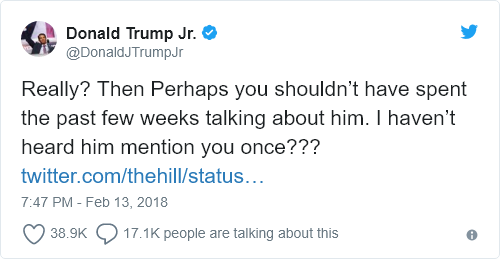 And The Hill couldn’t wait to make Trump look like a stupid liar by pointing that out: 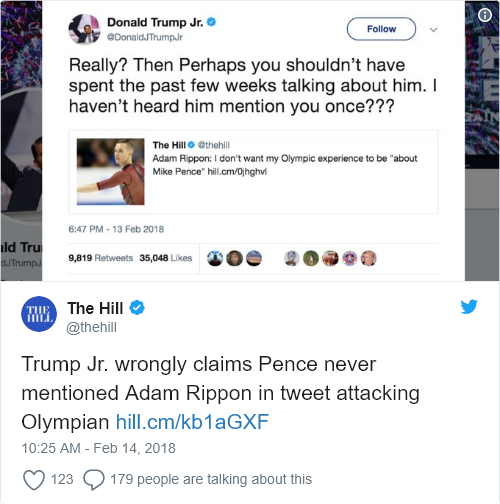 Except here’s the thing: While The Hill was feverishly working to make Trump look bad, they only helped to cement Adam Rippon’s reputation as a petulant child — and made themselves look petty and unprofessional:

Despite Trump Jr.’s claims, Pence did address Rippon’s criticism of him on LGBTQ issues, tweeting directly at the athlete last week. 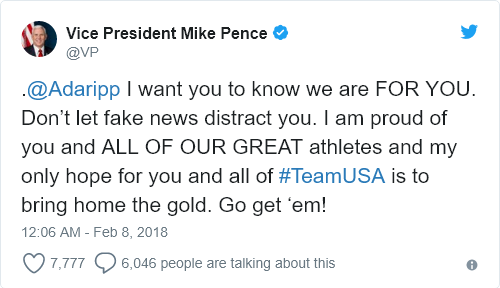 So … Pence demonstrated pure class, even in the face of Rippon’s childishly embarrassing behavior. But by all means, gloss over that if it means making Trump look dumb. 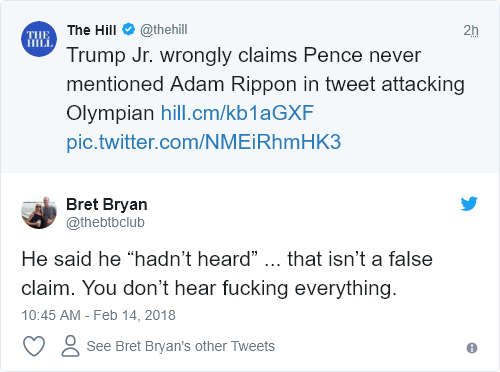 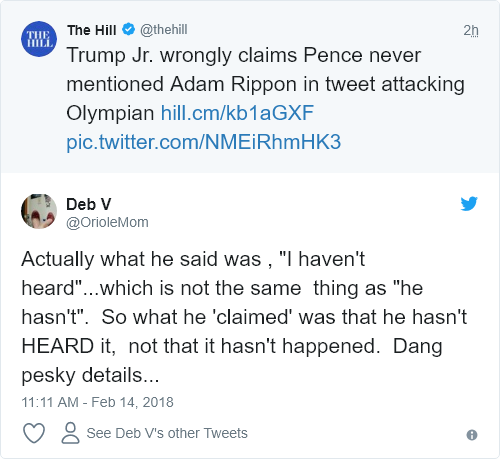 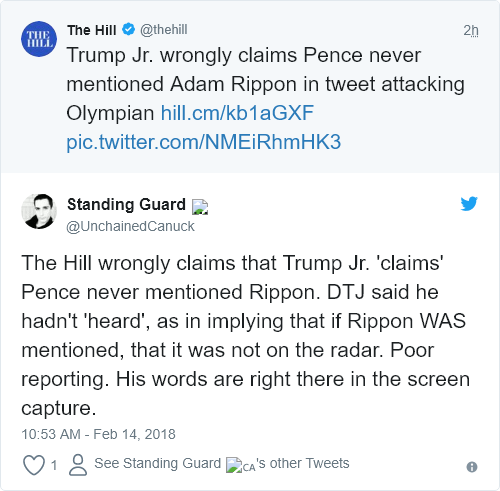 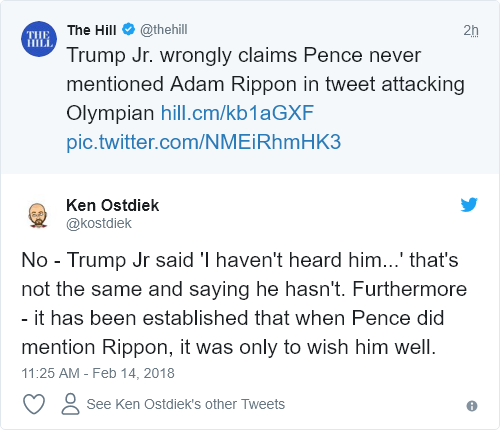 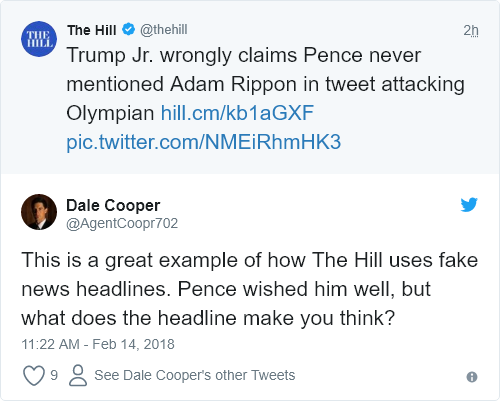 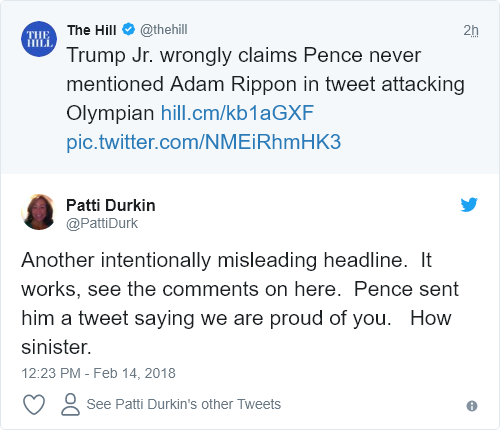 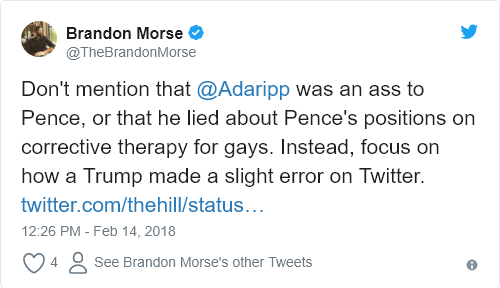 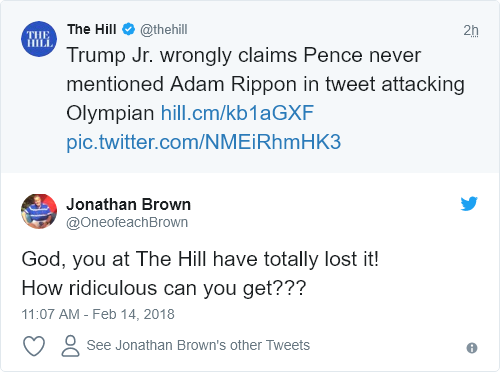 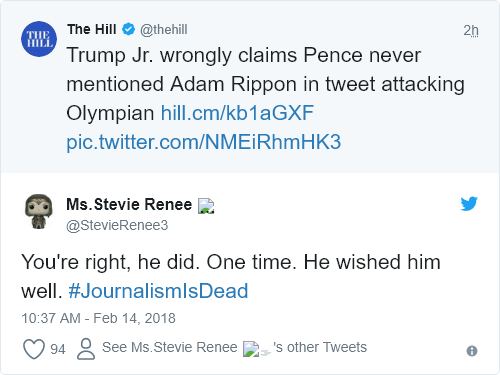 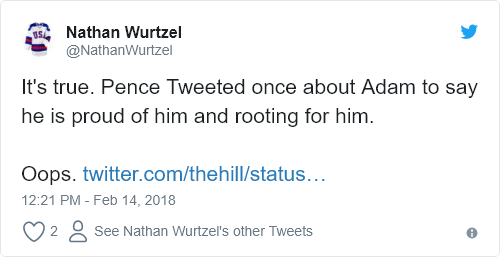 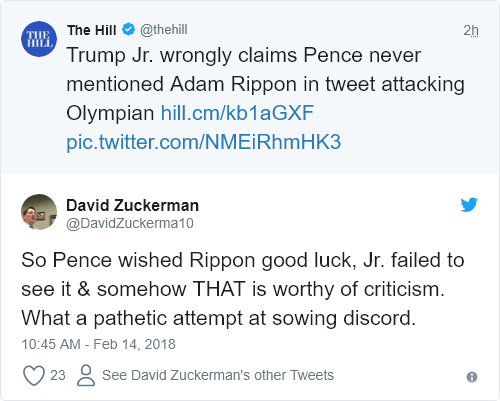 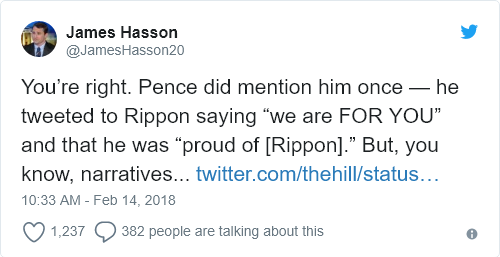 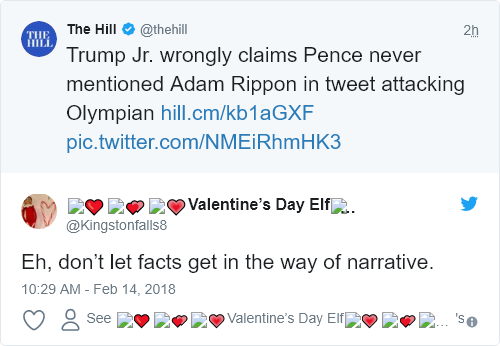 Must protect the narrative. Always.