Details are sketchy, but Twitter users are starting to buzz about a reported fire on the Bay Bridge. Early local media accounts point to an oil tanker that may have “brushed up” against one of the bridge towers. The Coast Guard is apparently responding to the incident.

#BREAKING: SF fire says an oil tanker struck a tower of the Bay Bridge. The Coast Guard is responding. Stay tuned for more.

PHOTOS: Areal view of tanker that collided with Bay Bridge – http://t.co/IlwPOlrX via @kron4news

Picture of tanker that brushed up against one of the SF Bay Bridge's support towers. pic.twitter.com/DUYTjrjo 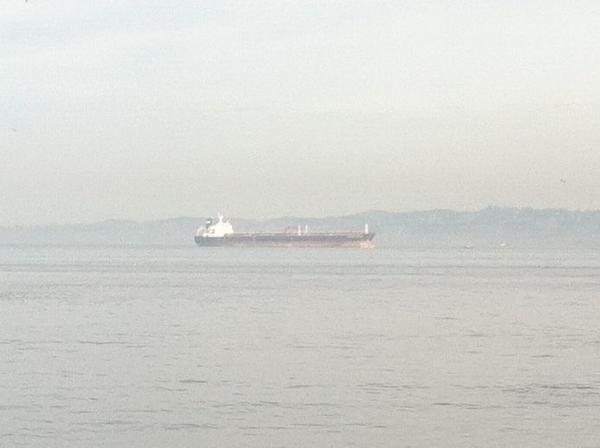 I posted 3 photos on Facebook in the album "Tanker Collides With Bay Bridge" http://t.co/xCJuvBE8

Twitchy will monitor and update with any new developments.

Update: This is good news.

Update: It appears that the tanker was empty:

Tanker that hit Bay Bridge is stopped out in Bay. Bar Pilots tell me NO hull breach or leakage. Tanker was empty. pic.twitter.com/Snm4JmcP 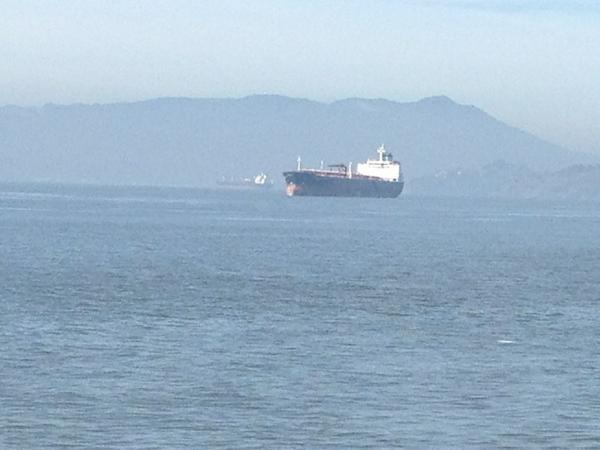 Update: Looks like the Bay Bridge is OK, too:

Caltrans: No structural damage to Bay Bridge. 30-40 feet of wood and plastic fender damaged and will need to be replaced.