UK approves Pfizer-BioNTech vaccine for emergency use but the FDA won’t even meet until Dec. 10 to…

‘The sweet taste of hypocrisy’: Turns out Gavin Newsom isn’t the ONLY Covid shutdown…

Bill Barr: DOJ investigations of voter fraud have ‘uncovered no evidence that would change the…

It appears that Joe Biden took only one question at today’s big economic event. Want to guess how…

‘Journo vacations have begun’! With any luck, Daily Beast reporter has a real shot at a plum…

Twitter users on the ground and watching from afar report that the Christmas Day snowstorm in the southern U.S., which Twitchy spotlighted this morning, has now hit the McNeil, Miss., area. Early reports note injuries and damage to homes:

Tornado is in McNeil heading in derby ! Take cover 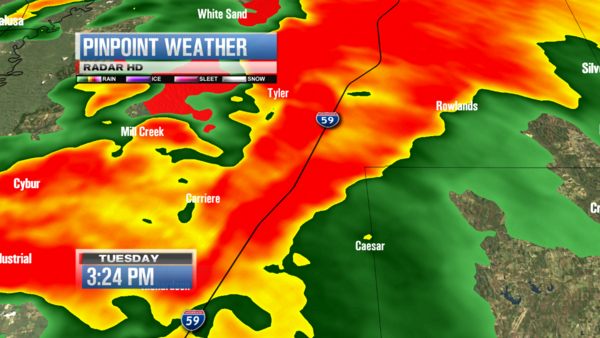 Tornado on the ground north of McNeil, Mississippi. Radar showing a debris ball and reports of damage.

Continued prayers for all in the tornado zone!