‘The intelligence doesn’t say that’: New CNN report casts doubt on briefing to…

‘One of the fattest presidents ever’: David Frum serves up another steaming hot Trump take

No WAY! NBC News claims some Democrats are worried Trump might drag Bernie for basically being a…

‘This ain’t it, SIS’: AOC reassuring Lefties she and Bernie AREN’T helping…

It’s funny because it’s TRUE! Rob Schneider ZINGS Joe Biden about Nevada (and in general) as…

Rep. Matt Gaetz appeared on The View and was so effective he is bound to be accused of mistreating women

Backfire of the YEAR! Rep. Pramila Jayapal’s claim of ‘tearing up’ at the thought of…

‘You BETCHA!’ James Woods shows CNN’s Keith Boykin NO mercy for whining about…

HA! He just admitted Trump WINS! Tom Nichols melts down in tweet shaming everyone else for making him… 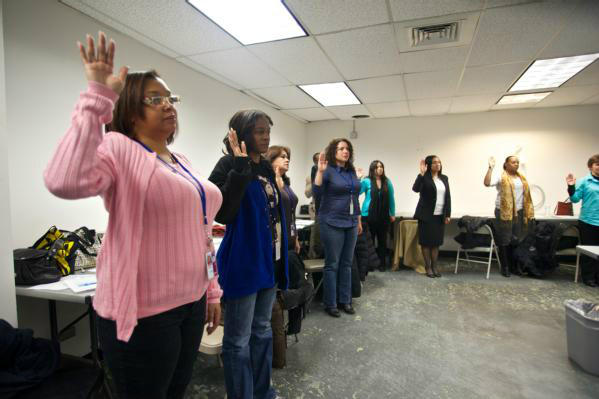 FEMA is hiring. This was posted in the lobby of my building. #nyc #brooklyn #bronx #queens #hurricanesandy # http://t.co/FMAIS0eD

Tempted to apply for a job with FEMA – 60K a year.

Got an email from Americorps NCCC FEMA asking me to apply. I have hope again! I hope I get in. WHY IS THERE NO FINGERS CROSSED EMOJI?!

Applied for the fema job hopefully i get it

Will it mean more relief for Hurricane Sandy victims? Not if these items are any indication:

FEMA workers told to sightsee, visit WALMART as victims suffered… http://t.co/MMFdleEG … … Gov't waste at your expense, 51% voted for this

Heckuva job FEMA—> 14,000 people eligible for emergency housing but only 300 have been placed as of mid-November. http://t.co/uk3wl3Ak

The media double standard on Sandy vs. Katrina continues:

Looks like FEMA did a better job with Katrina than Sandy. That is according to FEMA employees. Double standards again.

How do disaster zone residents really feel? Thankfully, Twitter allows those without a voice in the whitewashing media to make their feelings known:

Video: Angry New Yorkers Lash Out at Obama and FEMA for Not Helping Sandy Victims http://t.co/8fTb6uQt

Many volunteer workers I spoke to said Sandy was as bad if not worse than Katrina. I also heard FEMA is more useless now than they were

FEMA and Red Cross are making excuses for money they wasted away before needed by #Sandy Victims. Is not like they had 100 years to prepare.

@mmmoonie #FEMA's task is not to help, but to watch, regulate, gather data..Sandy victims=FEMA LAB RATS.

FEMA is not doing job because this Deaf lady needs some help! What a shame! Please retweet this if you can. #fema #hurricanesandy

Who wouldn’t wanna cash in?

Can I get a job at FEMA and have a paid vacation http://t.co/qR2alkbf

really hope I get this FEMA job, id be making stupidddddd moneyyy