As Twitchy reported, Prime Minister Netanyahu said that IDF is “prepared for a significant expansion of operations.”

Is a ground invasion imminent? Reports seem to indicate that option is on the table; The terrorist organization Hamas shows no signs of stopping. 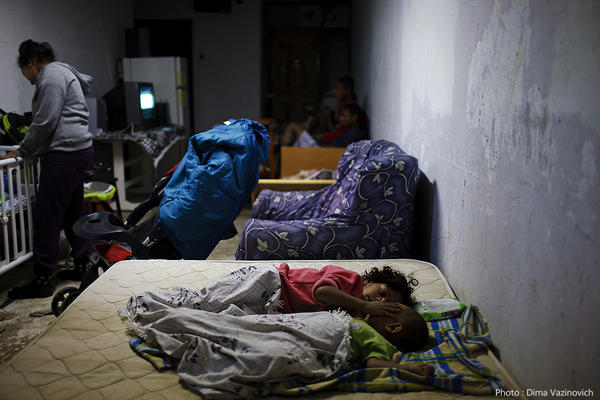 Heartbreaking. Reporters on the ground provide on-scene reports as well.

I'm in Ashkelon where sirens went off & we heard some loud booms. Ran w/ others into a shelter. Iron Dome apparently worked.

Have seen 5 rockets fired so far today from #Gaza City toward #Israel and have heard a number of explosions throughout the day, 2 just now

Rocket from #Gaza City fired just minutes ago while I was live on @cnn. Smoke trail clearly visible behind me. 6th rocket we've seen today

More rockets fired from #Gaza and reports of air raid sirens in #Ashkelon. Now, sound of call to prayers echo throughout Gaza City

Multiple explosions about 4 blocks from my location #gaza. Incoming

CNN's @AndersonCooper reacts to a nearby explosion in Gaza City while live on CNN w/ @DonLemonCnn. http://t.co/LsB6Rz8f #cnn

The Israeli town of Ashkelon is being hit.

…since start of operation, including 4 rockets intercpeted over Ashdod today.

A short while ago, a rocket fired from #Gaza hit a house in the Israeli city of Ashkelon. #IsraelUnderFire

A short while ago, a rocket fired from #Gaza hit a school in the Israeli city of Ashkelon. School was canceled in morning. #IsraelUnderFire

A school. Like Netanyahu said, Hamas targets their children.

The Iron Dome continues to intercept some of the rockets, thankfully. 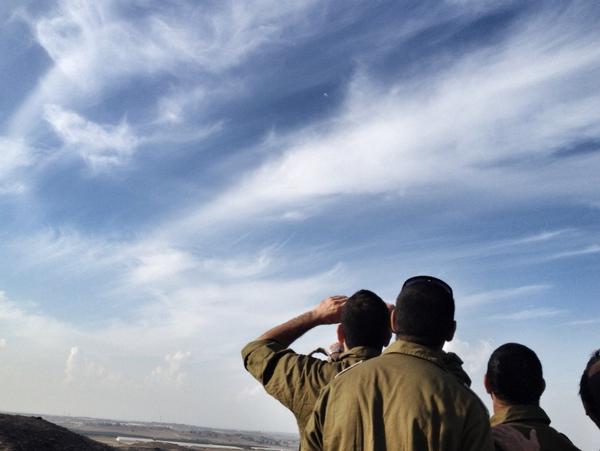 Hamas Charter: "#Israel will exist and will continue to exist until Islam will obliterate it” http://t.co/G9gSG0P7 #Gaza

.@ColRichardKemp: "The use of the civilian population by #Hamas is undoubtedly a war crime" http://t.co/UvpUZy68 #Gaza

Since the start of Operation #PillarofDefense, the IDF has targeted 1350 terror sites throughout the Gaza Strip

Some numbers from the last 5 days: 546 rockets fired from #Gaza hit #Israel + 302 Iron Dome interceptions = 848 rockets fired at us

This is what it looks like after #Hamas fires rockets indiscriminately at a major Israeli city: http://t.co/H2YcrXDA #IsraelUnderFire

Fact: 100+ rockets fired from #Gaza have crashed back into Gaza in last 5 days. Hamas fires from civilian areas…and hits its own people.

How long is #15seconds? That's all some residents of southern #Israel have before the rocket hits. http://t.co/AWaqaHYE

We continue to transfer goods & gas to #Gaza. Truckloads entered yesterday. RT if you think more people should know. pic.twitter.com/yeWiYKxV 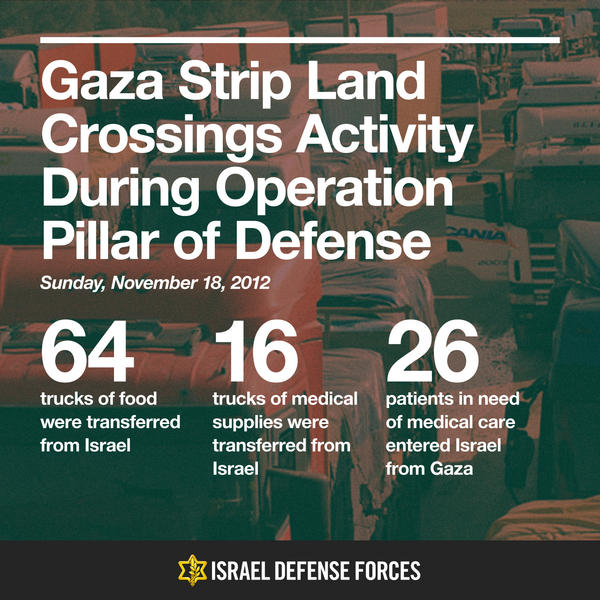 #Hamas is firing most of its rockets from inside #Gaza City, a densely populated area. #IsraelUnderFire

Twitchy will continue to monitor and will provide updates on any further developments.