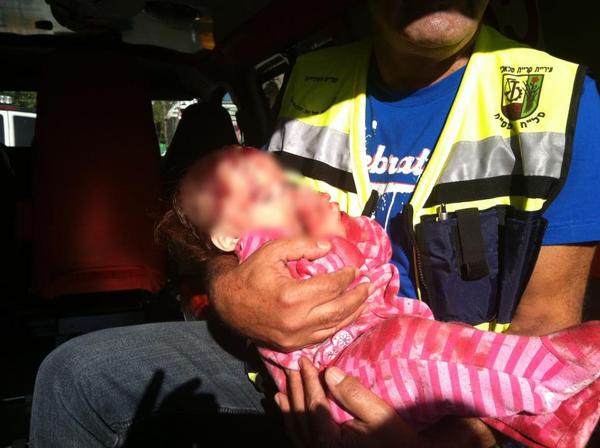 Horrific and devastating. Our thoughts and prayers continue to be with Israel and its children.

As Twitchy has reported, IDF launched a “widespread campaign on terror sites” and Israel has been under heavy fire for days.

The IDF has been providing information and horrific photos via its Twitter feed. Prime Minister Netanyahu is doing the same.

Watch as 17-year old Paz of Ashkelon talks about what it’s like to live under constant threat of attack in Israel.http://t.co/hXerDLBc

We are not prepared to make peace with a situation in which Israel's citizens are menaced by the terror of rocket fire http://t.co/IpUQevnM

“In recent days and weeks, Hamas and the other terrorist organizations in Gaza have made normal life impossible for over one million Israelis. No government would tolerate a situation where nearly a fifth of its people live under a constant barrage of rockets and missile fire, and Israel will not tolerate this situation.

This is why my government has instructed the Israeli Defense Forces to conduct surgical strikes against the terrorist infrastructure in Gaza. And this is why Israel will continue to take whatever action is necessary to defend our people.
I want to remind you that seven years ago, Israel withdrew from every square inch of Gaza. Now Hamas, they took over the areas we vacated. What did it do? Rather than build a better future for the residents of Gaza, the Hamas leadership, backed by Iran, turned Gaza into a terrorist stronghold.

He goes onto explain there is no moral equivalency here. Hamas deliberately targets civilians, including children. They are terrorists who not only target children, but place rockets next to their own children. Hamas is a terrorist group, solely focused on death and destruction.

Hamas and the terror organizations have elected in recent days to escalate their attacks on Israel's citizens http://t.co/IpUQevnM

The terror organizations hurt our citizens with premeditation, while they deliberately conceal themselves behind their own citizens.

We in contradistinction refrain to the extent possible from harming civilians; this is a fundamental difference between us and them

Exactly. And some sickly support and defend Hamas?

Our thoughts & prayers are with over a million brave Israeli citizens who for another night seek shelter from endless rocket attacks.

Breaking: A rocket fired from Gaza struck an open area near Rishon LeZion, a city with more than 200,000 people. #IsraelUnderFire

Twitchy will continue to monitor and provide further updates.

One rocket hit Tel Aviv, no casualties according to Israeli Army radio. Watch http://t.co/NzQPj2jZ for updates

Picture from Channel 10 with rocket warning for Tel Aviv. pic.twitter.com/YH0FYHX4 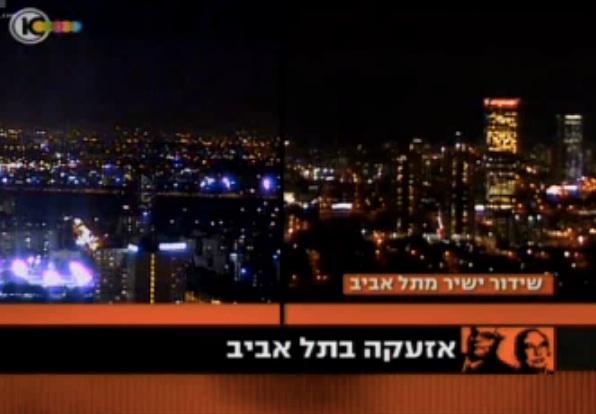 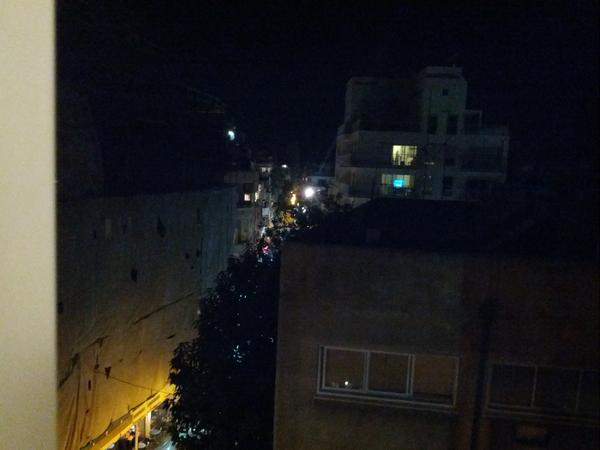 Stay safe xx RT @Yair_Zivan Our bomb shelter which we just saw for the first time when the Tel Aviv siren went off. http://t.co/VRBBcabu

Picture from @news10 of Fajr rocket being fired towards Tel Aviv. pic.twitter.com/nNQBT1wd 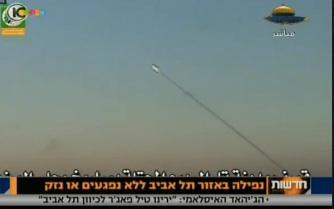 That awkward moment when everyone's talking about #Hamas & Tel Aviv and I'm in the shelter reading their tweets.. #WAR

A few minutes ago, sirens in Tel Aviv sent residents running for shelter. We can confirm that no rockets struck in the area.

Confirmed: Sirens indicating rockets launched, but so far reports indicate that none actually struck inside the city.

Since yesterday, 274 rockets fired from #Gaza have hit #Israel.

Twitchy will continue to monitor and update with all developments.

Update: Reports that the airport has been closed.

Reports, unconfirmed, of a rocket landing in Holon, on outskirts of Tel Aviv.

According to Reuters, the rocket landed in the sea. According to others, it hit Holon, near Tel Aviv. Many conflicting reports so far.

@izar_t They DID land near Holon…

#BREAKING: A #rocket fell in Holon, south of #TelAviv. We'll keep you updated with the latest. http://t.co/3aDxFvLJ pic.twitter.com/9i6MnTE0 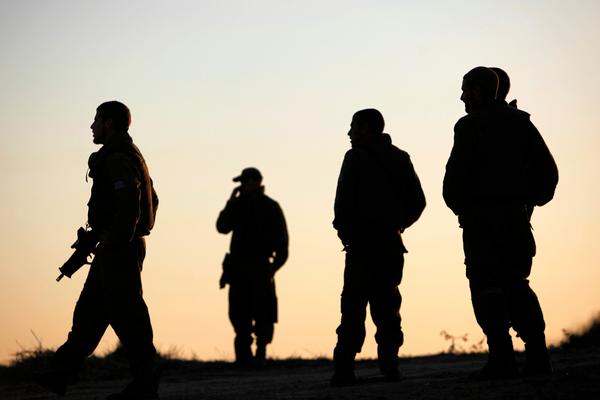 Hamas has suffered a severe blow to its underground infrastructure, but it still maintains a capability to fire long-range rockets.

Terrorist groups in Gaza fire rockets from residential areas. Would you raise your child in such a neighborhood? http://t.co/cVSIfV8L #Hamas

During the past hour, the IDF targeted approx. 70 underground medium range rocket launching sites in #Gaza. Direct hits were confirmed.

Hamas has turned #Gaza into a frontal base for #Iran, terrorizing residents of Israel&forcing them to live under unbearable circumstances 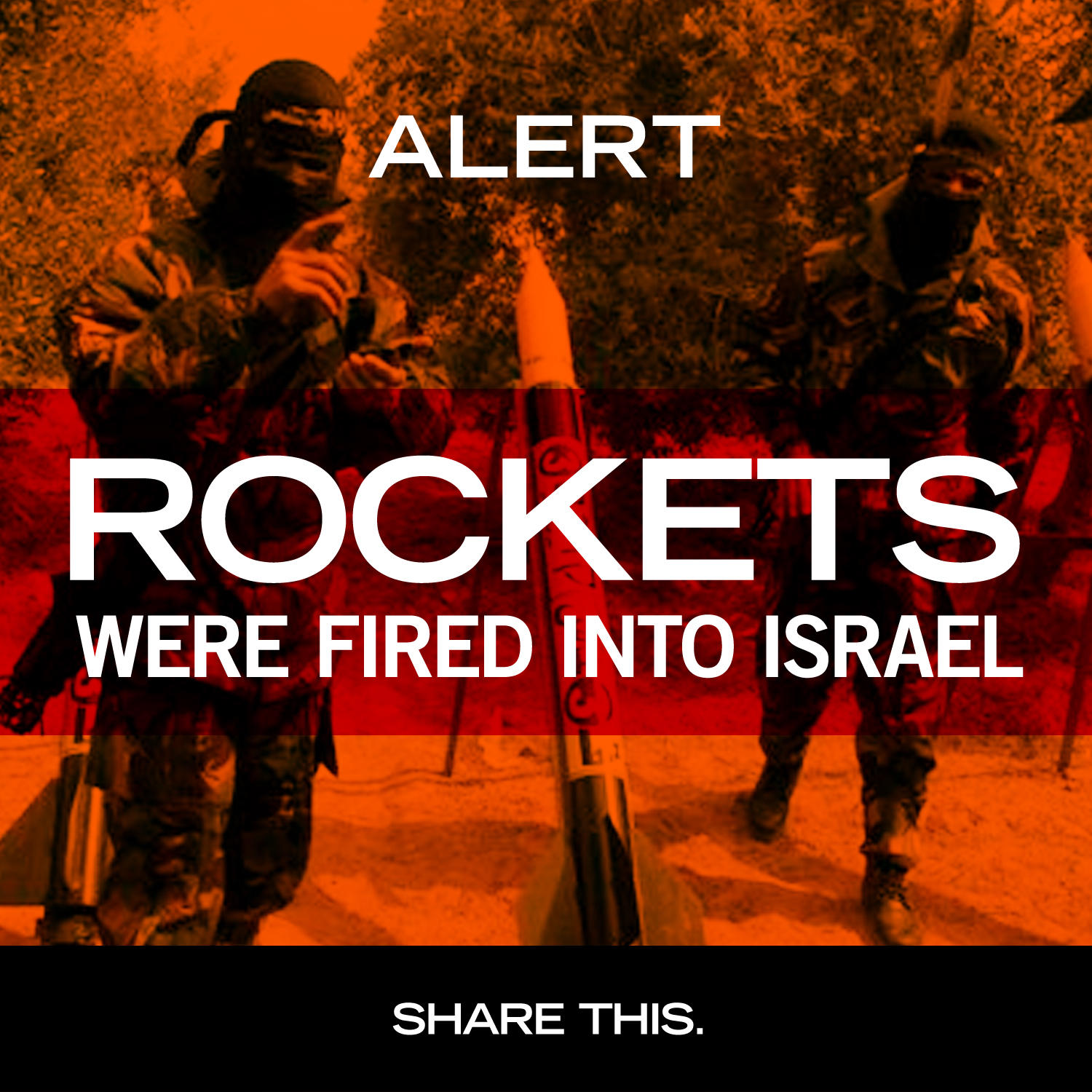 Beer Sheva is also under attack:

Another rocket hits a house in Beer Sheva. Earlier today 3 people lost their life in a similar hit.

@JRCohen Saw a cell phone vid on FB that was taken in Beer Sheva. Not sure why they were outside but the images & sounds were unbelievable.

@EvanPokroy Where are you in Israel? My family in Beer Sheva had a sleepless night, rockets raining down frequently. Not good.

.@IDFSpokesperson remember when @BarackObama said "U.S. will stand with Israel if attacked"?Me too.

While President Obama has shown himself to be anything but pro-Israel, we stand and will continue to stand with Israel.

In past 24 hrs #Israel made clear it will not tolerate rocket attacks on its civilians. I hope #Hamas & other terrorists in Gaza got message

The terrorists in #Gaza are committing a double war crime. They fire at Israeli civilians, and they hide behind Palestinian civilians

And deletes a tweet thanking President Obama for support.

@jtes @BuzzFeedAndrew Here’s a screenshot of the tweet, via Topsy: pic.twitter.com/xgPPrXV3

More from the IDF:

For a recap of the second day of #PillarOfDefense, check out the updating post: http://t.co/caYYddAW #Hamas #Gaza

Did you know? In the last decade, over 12,800 rockets fired from #Gaza exploded in #Israel RT to show #IsraelUnderFire.

15 seconds can be a long time. Unless it's all the time you have to save your life. http://t.co/2hizSG6a

Update: A U.S. Senate resolution supporting Israel’s right to self-defense has been drafted. Thirty senators have signed on.

The non-binding resolution, originally drafted by Sens. Kirsten Gillibrand (D-N.Y.) and Mark Kirk (R-Ill.), “expresses unwavering commitment to the security of the State of Israel as a Jewish and democratic state with secure borders, and recognizes and strongly supports its inherent right to act in self-defense to protect its citizens against acts of terrorism.”

The resolution, the first such proposed legislation in the wake of Israeli airstrikes launched Wednesday in retaliation for rocket attacks from the Gaza Strip, may come to a vote as early as Thursday evening.

Text of #Senate resolution in support of #Israel's self-defense http://t.co/aP7hJMOG (@Kampeas in @JTAnews)

A student at Ben Gurion University has written about his experience during Operation Pillar of Defense and life as an Israeli living under the constant threat of terror:

RT this: The current situation, through the eyes of a student from Be'er Sheva. http://t.co/GG6j8GuV #IsraelUnderFire

I wrote this letter in the hopes that when you read or watch the news, and hear of what’s going on. When they report all of Israel’s attacks on Gaza, and leave out the fact the Israel’s been under constint fire for over 11 years, that when you see the planes attcking Gaza, but they don’t show you the strikes on Israely civilian homes, remember I’m there too. I am one of those running from the missles.

I have seen the graces of G-d first hand. Since Jabri’s death, over two hundred and fifty missiles have been fired upon Israel in the span of less than 24 hours, and most Israelis are alive and unharmed, save for 3 brave Israelis who were killed running to their bomb shelter and 3 solders wounded while defending Israeli’s right to freedom. While writing these lines, my friends and family are being called up, to unfortunatly pick up arms to go defend Israel’s civilians and borders.

We here at Ben Gurion University pray for the fighting to end, for a time of brotherhood and peace among all Jews, and among all of Israel’s neighbors.

And we continue to pray that peace will come to Israel and her people.

Air raid sirens sounded in Tel Aviv on Friday and a loud explosion was heard as Hamas targeted the city again.