Totally surreal morning.Met up with some friends, had coffee with President Obama now tweeting.The 21st centuryŌĆ” Let's do this.

Once again, President Obama is laser like focused only on his own job. Pander, schmooze and fund-raise like the wind! While Republicans in the House were focused on the dangerous incompetence of Attorney General Holder and his deadly Operation Fast and Furious, President Obama was yukking it up with actors and musicians. Man. Of. The. People. Hipster people only, but still.

What pressing matter required actor/musician Jared Leto and actor Ian Somerhalder to weigh in with their vast expertise?

Green energy and super cool youngsters and such! We hope they totally slow jammed the green energy talks.

Also, they discussed a ŌĆ£better America.ŌĆØ We can only then assume that they talked about ObamaŌĆÖs impending defeat come November. Awkward!

This is the voting bloc President Obama is now chasing. No, really.

@JaredLeto @BarackObama. That must have been an honor for both of You. Two great leaders. #Twothumbsup

@JaredLeto and @iansomerhalder met Obama. I wonder if they were together or in the same room =/

"@berokh: Wow Obama met @JaredLeto and @iansomerhalder in the same day. It must be nice to be president"

Yes, because that is what a President should be spending his time doing. Sigh.

Update: Ian Somerhalder continues to fan boy swoon. Good thing we had such an expert at the White House today, huh?

Flashback: This isnŌĆÖt the first time Obama has frittered away time with Hollywood types, under the strange assumption that they are experts on anything. He called in James Cameron to help his incompetent self with the BP oil spill.┬ĀBrainstorming. With Hollywood.

Todays to do list; make leader of the free world laugh. http://t.co/PTcHWLFa 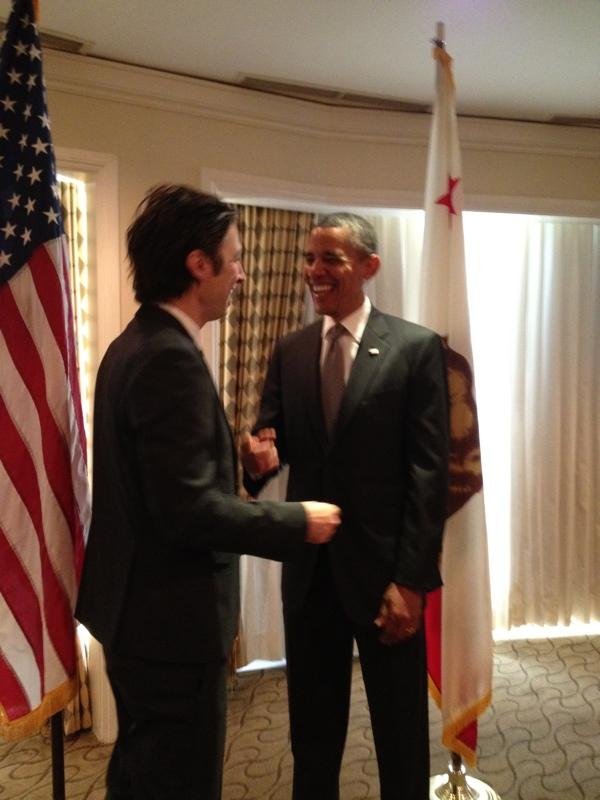 No I did not Eagle the president. (I tried, but the secret service discouraged me.)

I did put gravel in Biden's shoes however. #Graveled

Photo: Maybe the only man I truly get nervous around. Worth the early wakeup call. @BarackObama

Squee! from her Tumblr

Maybe the only man I truly get nervous around. ┬ĀWorth the early wakeup call. ItŌĆÖs really getting close, and we have to register to vote (for all those that can now, or havenŌĆÖt!)

all in all? not a bad way to start my morning. get fired up. now. it. is. ON!http://t.co/aM1VaByw pic.twitter.com/vBdTtOXE

And so did Bryan Greenberg.