This is what was going on in New York City yesterday as families continued to struggle with post-Hurricane Sandy devastation. 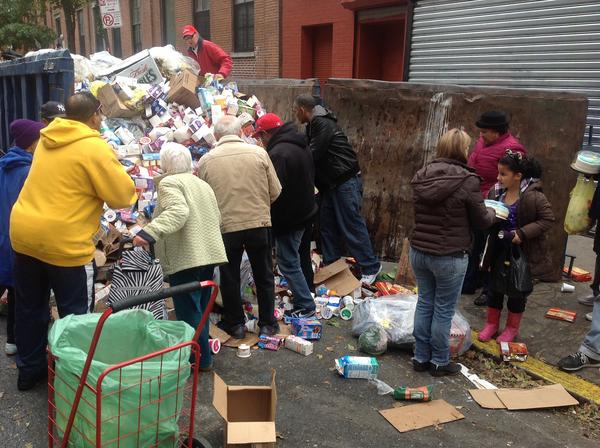 Here’s what food lines in lower Manhattan look like today. 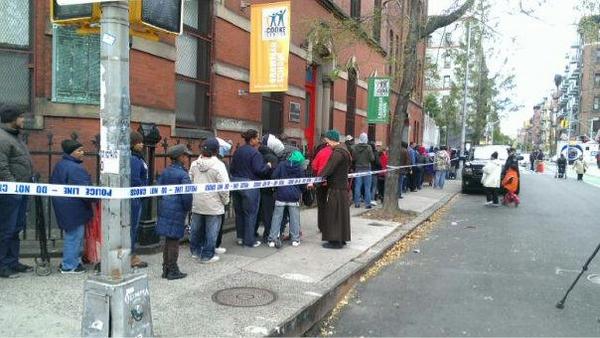 So of course President Obama headed to Manhattan to ensure local leaders have the resources they need.

Nah, just kidding. The campaigner in chief jetted off to Vegas, baby!

#Obama on a night out with @EvaLongoria in #Vegas, while #Sandy victims are out of their homes back east. #emptychair #leadership

Civil unrest in NYC: dumpster diving, looting and anger. But at least Obama is comfortable in Vegas campaigning…

Just finished playing for the President in Vegas. Please Go and and Vote! God bless @Obama2012

And campaign co-chair Eva Longoria warmed up the crowd, presumably without her usual vulgarities and bashing of conservative women and minorities.

In Vegas at the #WeDecide rally @ The Cheyenne Sports Complex w/ @SheilaEdrummer! @BarackObama to arrive shortly to see everyone fired up!

@EvaLongoria joined #Potus @BarackObama in #Vegas 2day as they rallied supporters to get out and vote. pic.twitter.com/H0duDw45 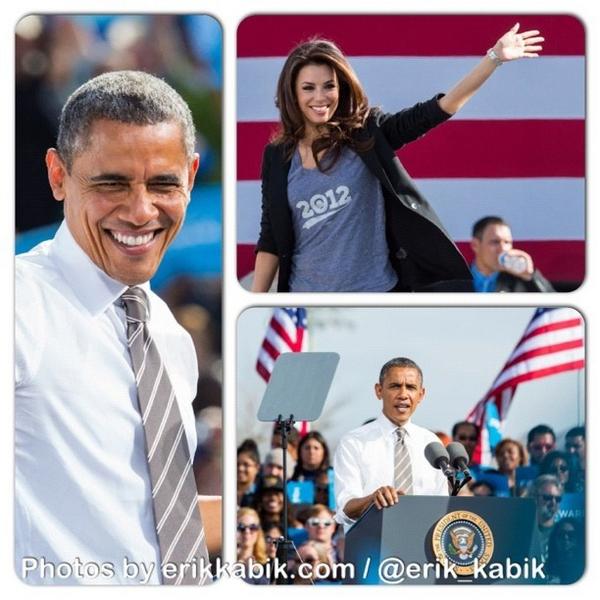 But no worries. President Obama is a multitasker! He can campaign and offer leaders in New York, New Jersey and Connecticut the dubious comfort of his soothing voice via conference call.

Unsurprisingly, that’s little relief to those in storm-ravaged areas.

47 degrees — and no power in NYC — could be days before the power is restored. Meanwhile, Obama campaigns.

Oh, and before the trolls start in with “But ROMMMMMNEEEEEEY”:

Love when leftists write me "Romney is campaigning post-Sandy, so why should Obama act differently?" OBAMA IS PRESIDENT. WAKE UP.