We can’t decide if Code Pink’s Occupy Wall Street anniversary bra toss is more worthy of mocking giggle-snorts or shudders. But why choose one? Prepare to giggle-shudder at Code Pink’s absurd, creepy, desperate spectacle that, for once, focuses above the belt. 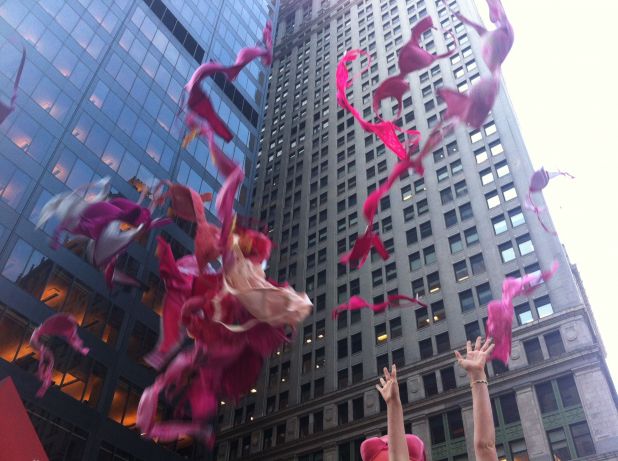 FYI, Code Pink, we’re laughing at you, not with you. 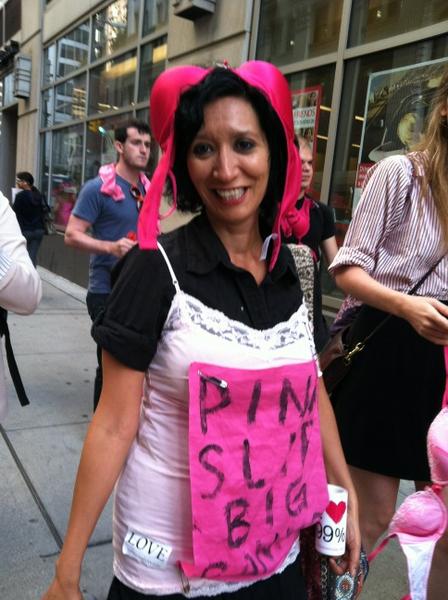 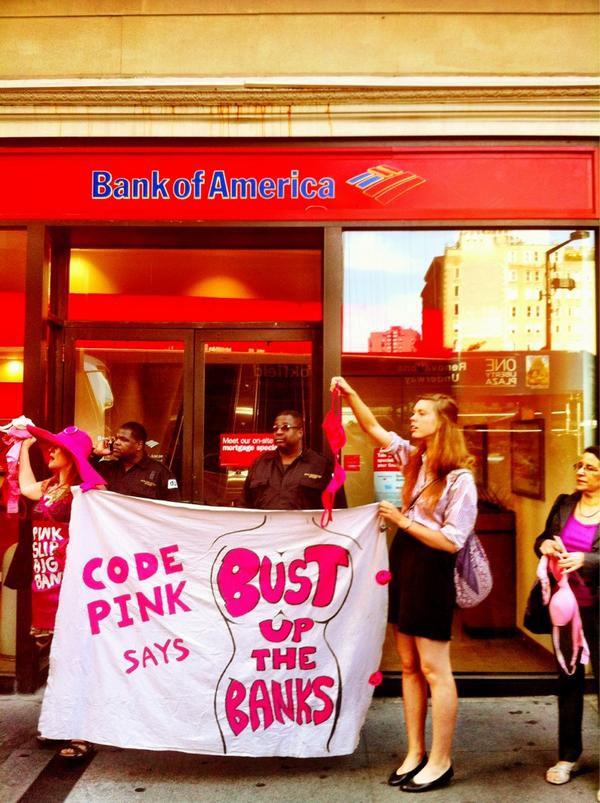 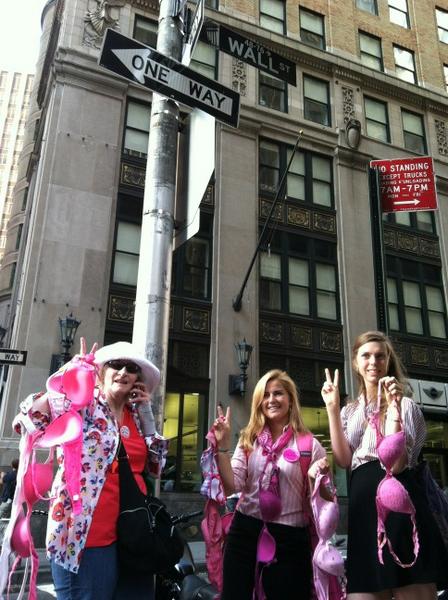 we could not do the bra toss. @Codepink member arrested by #nypd officer Timoney. #s17 #ows

rae abileah of #CODEPINK arrested at #OWS for simply tossing bras to say Bust up Big Banks." NYC cops out of control!!! 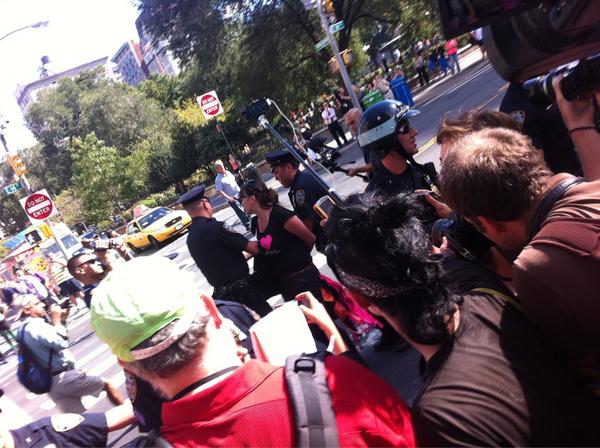 Next time Bank of America CEO Brian Moynihan engages in disorderly conduct involving his pink bra, we encourage the NYPD to do just that.