By now you’ve probably hear about 17-year-old Chloe Kim who won gold medal yesterday for the United States in snowboarding. She had folks on Twitter literally in tears after her breathtaking performance coupled with her dad and his homemade sign cheering her on: 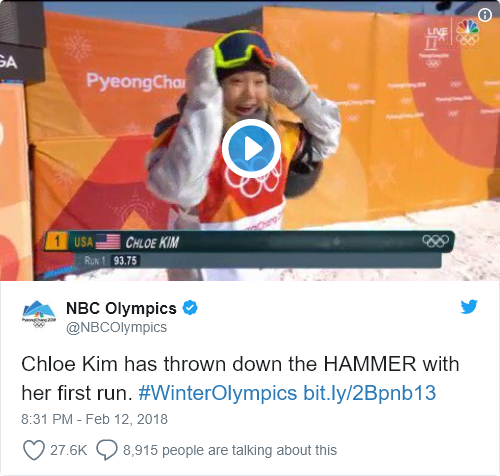 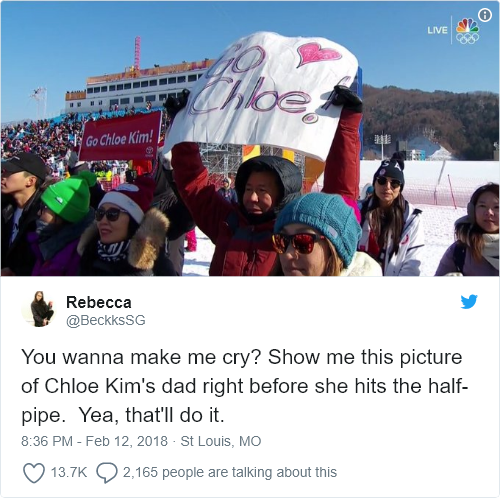 And here she is in tears during the national anthem: 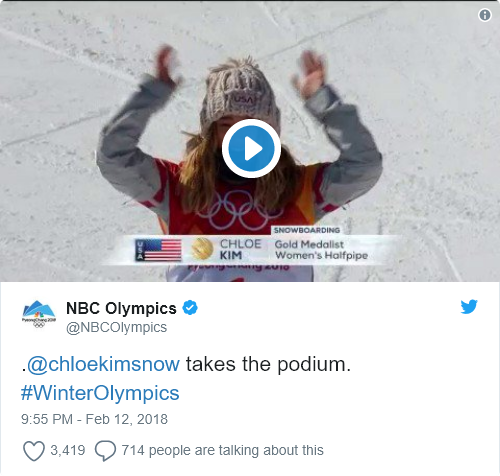 Chloe credits the sacrifices her dad, who emigrated to America from Korea, and family made to help her reach her goal: 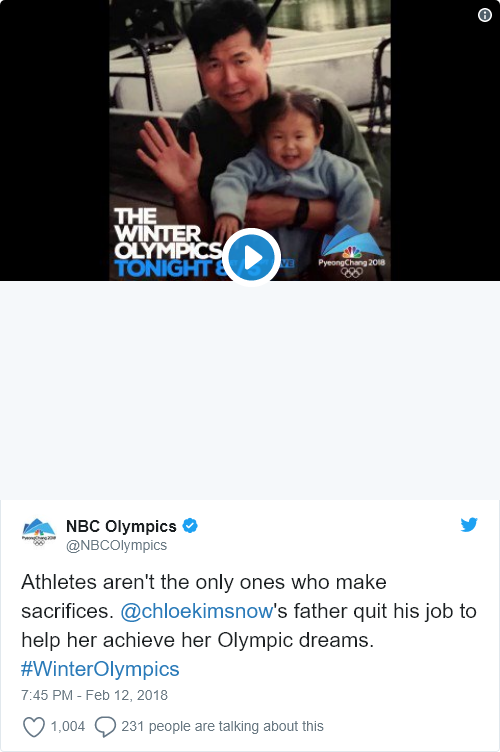 Kim, who was born in California, still has many family members in Korea who watched her compete for the first time: 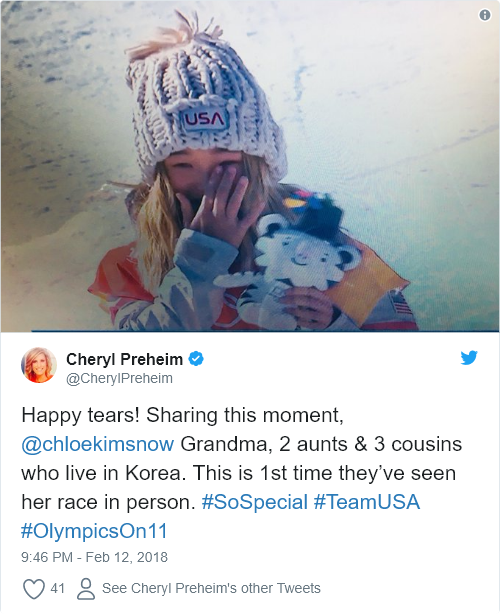 And then Sen. Dick Durbin (D-IL) used her wonderful story to score political points on the Senate floor: 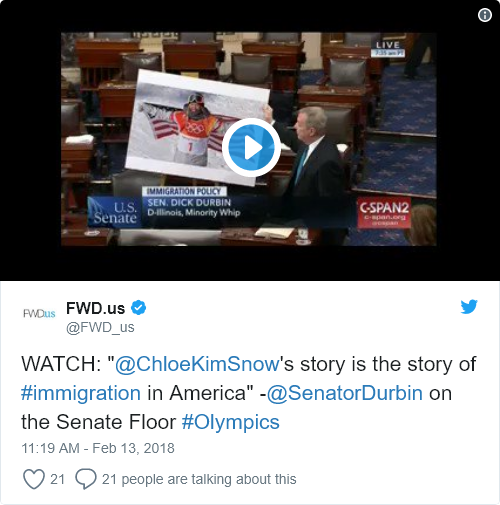