As Twitchy reported Monday, a few people were surprised to find, going through the previous works of Barack Obama portraitist Kehinde Wiley, that the artist seems to have a thing for decapitated white women, who appear in at least two of his paintings.

We feel a little left out that Twitchy wasn’t named by Media Matters as part of the “coordinated smear campaign” against Wiley. Instead, MMFA named “pro-Trump trolls” on Reddit for “claiming a painting of his symbolizes an attack against white people and that the artist “seems racist.” 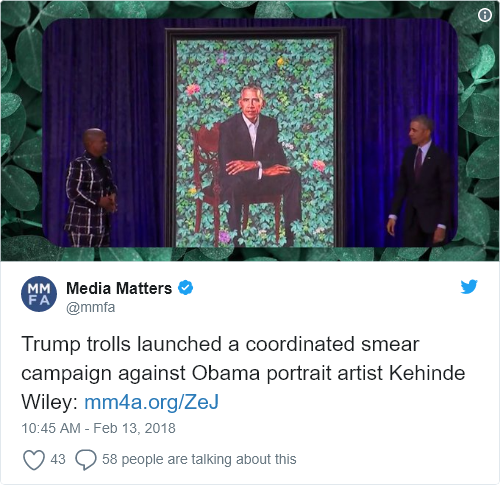 We haven’t checked what’s been said on Reddit — we just found a number of people on Twitter wondering why white women only seem to appear in Wiley’s painting with their heads removed from their bodies. Call it artistic curiosity. Hell, we’re curious why Obama’s hands are so big.

Wiley’s painting was part of a series of portraits of women he entitled An Economy of Grace. The artist is known for remixing “classical European art with black urban youth.” As Upworthy’s Parker Molloy documented, the smearing seems “clearly pretty coordinated” and the manufactured outrage echoes other stunts pro-Trump trolls have pulled to garner mainstream media attention and shape narratives, like suing over all-women screenings of Wonder Woman, or disrupting a Shakespeare play over its depiction of the murder of Julius Caesar.

Cool, but that still doesn’t answer our question from last night. We get that Wiley swaps contemporary black faces into classical European artworks; we just don’t get the gender swap that turned beheaded Assyrian general Holofernes into a young white woman. 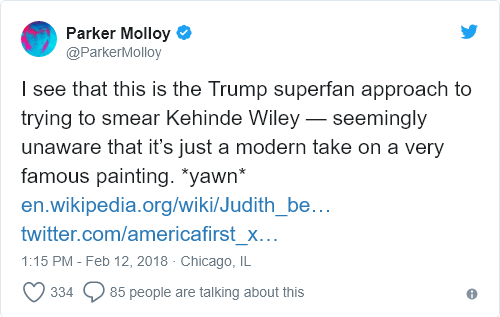 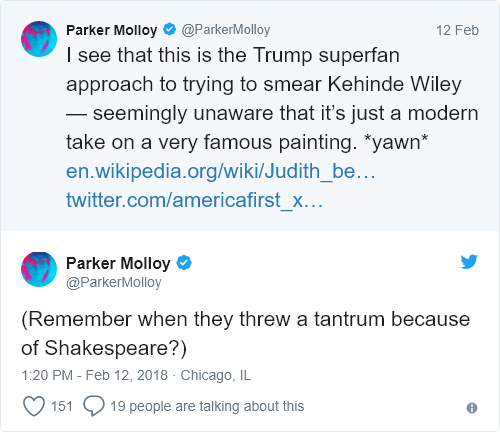 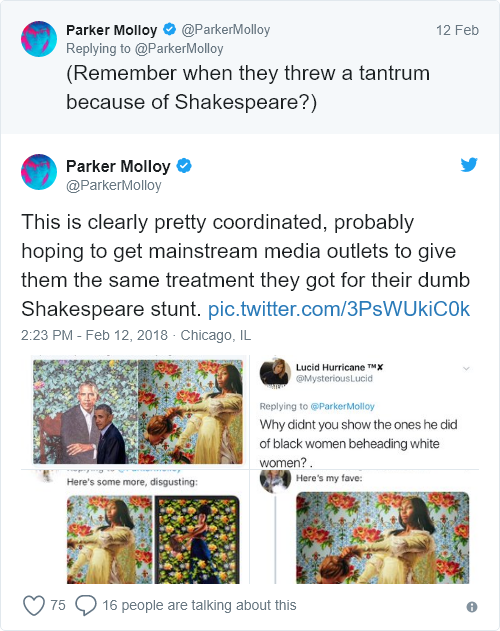 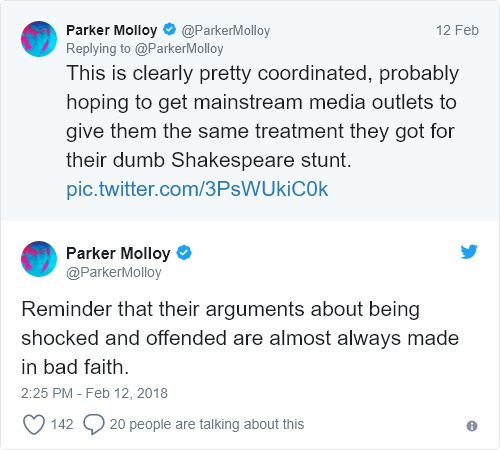 Got it … but none of that even pretended to touch on the black woman beheading white woman dynamic that doesn’t follow the artist’s other works. Yeah, and it’s sort of weird that he told New York magazine “It’s sort of a play on the ‘kill whitey’ thing.”

We’d be curious to know more about the “kill whitey” thing, but Media Matters doesn’t touch that in its analysis of the “coordinated smear campaign.” 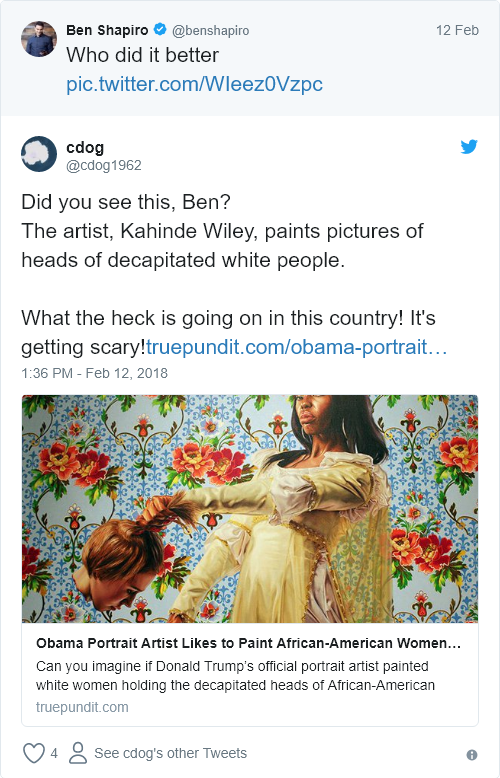 Is it bad if we’re just a little curious about the artist and his work? Maybe the mainstream media could look into this and explain the artistic merit of the “kill whitey thing.”

So, what’s the deal with Obama’s portraitist and decapitated white women anyway?

People are very, very angry at @redsteeze for buying a ticket to the women-only Wonder Woman screening in Brooklyn