ACLU: ‘Curriculum transparency’ a thinly veiled attempt to chill teachers from talking about…

Rep. Eric Swalwell shares one of the ‘eye-popping amount of DMs’ from foreigners he’s…

‘CCP thanks you for your service’: NY Times does an image makeover for China ahead of the…

What do you do when both Gmail and Facebook go down on the same day? Talk about it on Twitter, obviously.

The Great Facebook Crash is just another reminder that the #Apocalypse2012 is only 11 days away. Start going down your bucket lists, folks.

The Mayan's predictions are coming true…they started 11 days early by destroying Facebook cause many will die due to the lack of FB.

OMG #facebook is down!! Ppl are driving off bridges right as we speak! 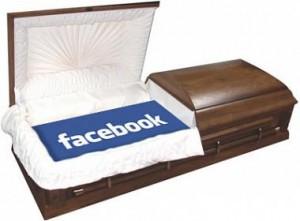 So, where were you during the great Facebook outage of 2012?

Facebook is down. Emerges into sunlight. Squints. Breathes air. Speaks to actual human. Is this what I did in the olden days?

BREAKING: Facebook being down right now has forced the FarmVille addicts outside to see that they have dying gardens in their real yards.

Now that Facebook is down i feel like a free man, im already halfway through the cure for cancer and how we can live on mars.

Facebook is down – how many women will give birth 9 months from now because they couldn't "like" fun pictures of cats for an hour?

I might go outside on my bike and make a den, or build a tree house now that facebook is down.

PERIOD: DCCC insists that ‘Republicans’ have no business interfering in your private medical decisions

‘Back to hashtag diplomacy’! Antony Blinken takes a familiar approach in tweet about Ukraine and Russia