A day after scaling the walls of the U.S. Embassy in Cairo and tearing down the American flag, mobs have returned to the scene and to Tahir Square and are reportedly clashing with police.

Heavy gunfire around the U.S. embassy in Cairo now live

This is a live picture from Cairo — pic.twitter.com/MezrKmVe 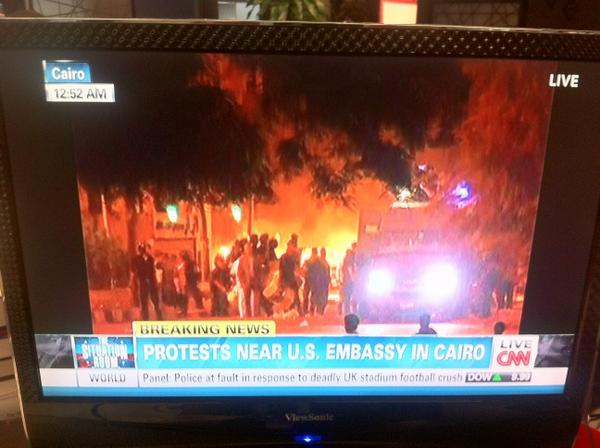 Photojournalist Cliff Cheney is live-tweeting from the scene. 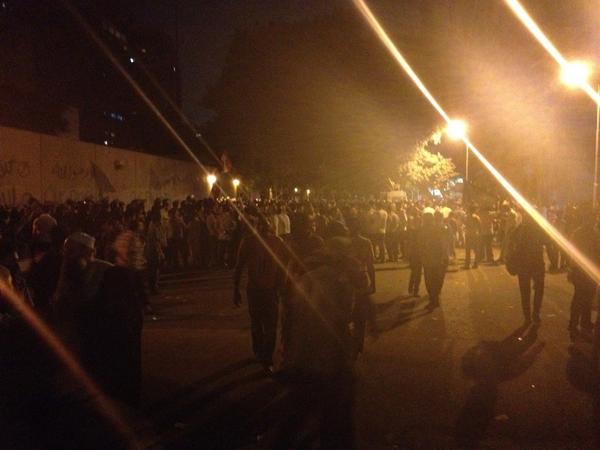 Some stuff thrown at riot troops. They run. Then they return. The usual script… #USEmbassyCairo

More shit thrown at riot line. Some of these people want a fight. #USEmbassyCairo

CSF have deployed a barbed wire line. They are behind it. Protesters entering intersection. Gas. #USEmbassyCairo

Cheney says that smaller fires are set as protection against tear gas.

Fires ring lit. Believed to help with has. #USEmbassyCairo pic.twitter.com/6884YJos 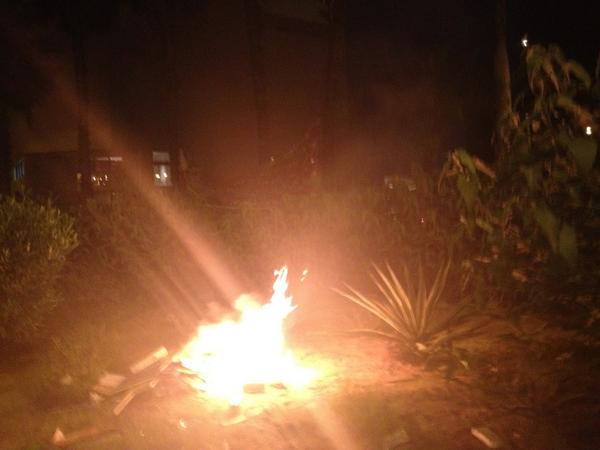 @manticorion there are few men with beards here. These kids are young. Don't know there affiliation. #USEmbassyCairo

A couple of bad CSF van rushes. Protesters almost got a couple CSF who were hanging off van… #USEmbassyCairo

#Tahrir now. Judged by the look of it, no Islamists in sight. Only the usual suspects. #USEmbassyCairo pic.twitter.com/ixsXQvTz 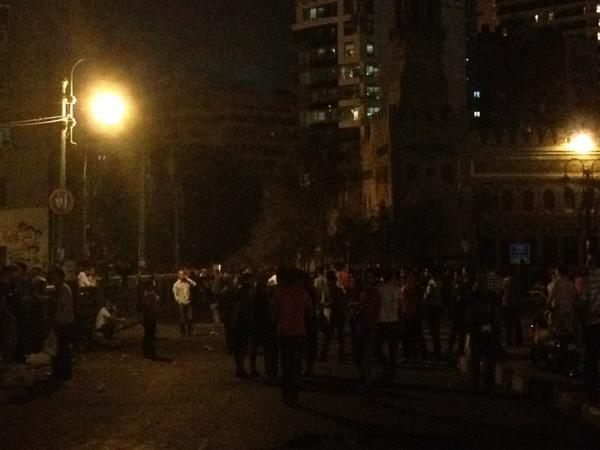 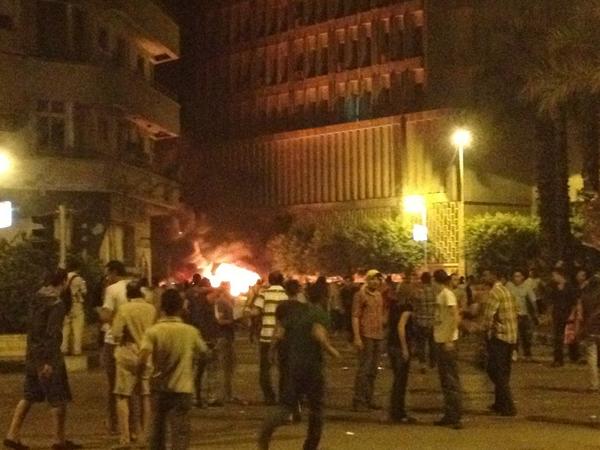 I have not smelled tear gas in many months! Around 500 protesters now clashing with riot police. More tear gas fired. #USEmbassy

Majority of protesters battling police close to embassy are young men, I wonder what happened to the Islamists? #USEmbassyattack

Front line protesters hauling bottles of Molotov cocktails at the riot police 200 meters from the US embassy close to Tahrir Square! #Egypt

The protests are still underway as of 5 a.m. Cairo time.

@liamstack yes. Protesters still have the numbers to keep up the fight. 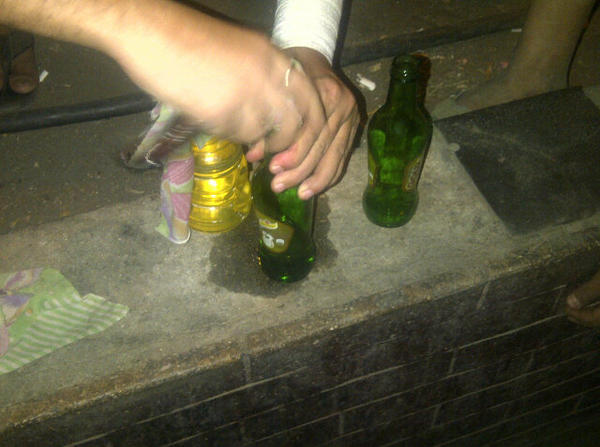 Twitchy will continue to monitor the situation as it develops.