Michelle Obama’s portrait was ‘released’ today, and the public seems less than impressed with the final product.

Many voicing that the painting looks nothing like Michelle.

Still others, like Ben Shapiro, taking this as an opportunity to snark on the former First Lady: 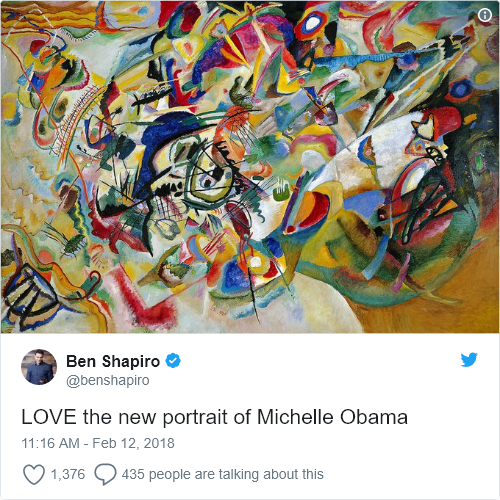 Truth be told, that looks a lot more like Michelle than the actual painting they released. 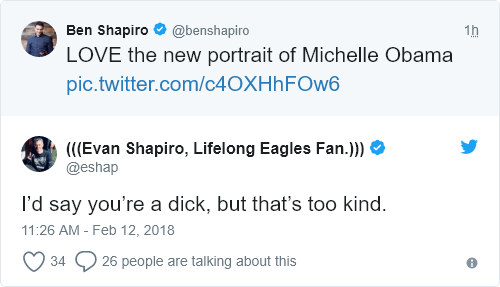 Wait, is his last name Shapiro? 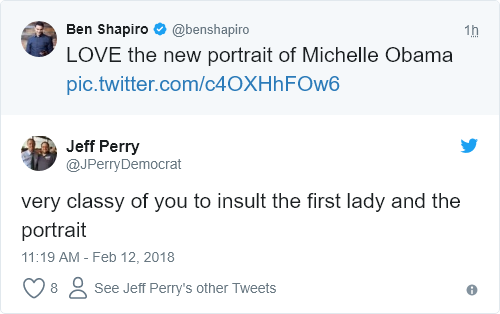 From the same people making fun of Melania’s looks … k. 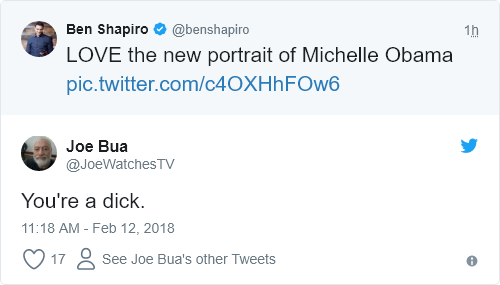 Sheesh, someone is super sensitive. 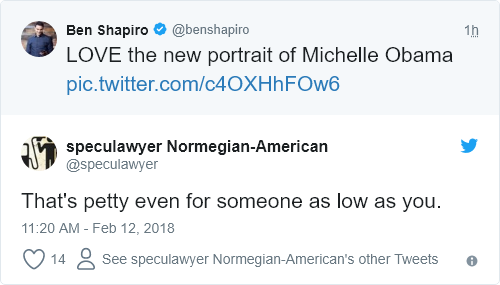 Meanwhile, these are the people telling us how RAD North Korea is because their cheerleaders can clap in unison. 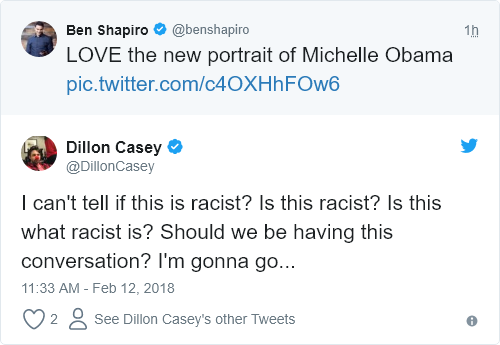 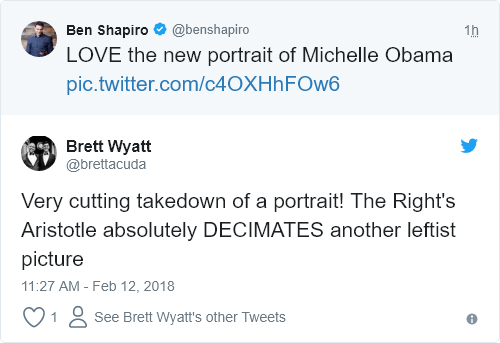 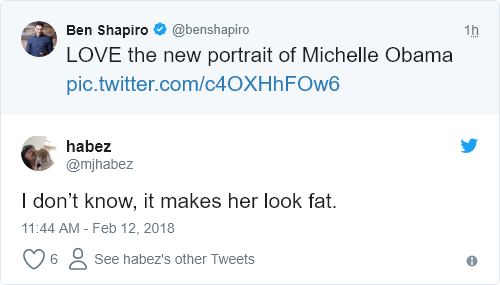 CALLED OUT: Guy Benson CHECKS CNN journo for blaming people’s distrust of the media on Trump