‘Arithmetically impossible’! Pollster explains why the 2020 election is ‘deeply…

‘Bro, read the room’: Gov. Gavin Newsom encourages people to get out and observe Small…

Yes his third open heart surgery RT@JesusChick1025 @BretBaier Isn't your son Paul's surgery this Thurs 9/19? May I ask what kind of surgery?

Wow- thx-he's a fighter RT @JenkinsMichaelB @BretBaier oh wow. Sorry bout your son. I'm 35 and had 5 bypass. It's tough. Will be praying

2day We went to Paul's class w his cardiologist to explain 2 the kids what was happening Thurs. He loved it-owned it http://t.co/Wi3EKLQ6gQ 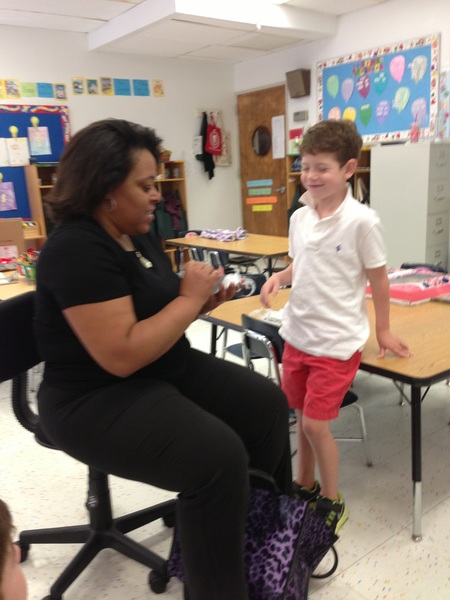 You're strong-each one is tougher RT @RagamuffinCB @BretBaier Our son has had 4 open heart surgeries and counting. We'll be praying.

We think 2 weeks – hopefully 6 days in the hospital RT @DinaSews @BretBaier How long will he be away from school?

3rd open heart surgery-he's had 7 angioplasties & one stomach surgery-like i said – a fighter RT @Teresa5312 @BretBaier how many 4 your son?

Thank you! A day of pre-op stuff at @childrenshealth today -RT @CristalH1969 @BretBaier prayers for your son's surgery tomorrow.

My son,Paul, just finished his pre-op tests-his open heart surgery is tomorrow AM. He was a champ-here getting X-rays pic.twitter.com/FyucXOpyrB

As the Baiers prepare, prayers and well-wishes are pouring in:

@BretBaier Total champ…like his Pop! Will be thinking of you guys and sending prayers your way…

@BretBaier Pulling for you. Hope he's home and well soon!

@BretBaier We'll be praying for him!

@BretBaier Looks like a great kid, Bret. Wish him the best & will say a prayer for it to go well.

@BretBaier Prayers offered for your son Paul and your family. Godspeed.

@BretBaier This Naples RN will be thinking of your son & family esp son Paul!

@michellemalkin @BretBaier Thoughts and prayers to Paul and your family Bret for a speedy recovery. I'm sure he's being very brave.

@BretBaier Our thoughts and prayers are with your family.

@BretBaier prayers are on their way for your beautiful & very brave little boy & your family. God Bless!

@BretBaier Good luck and best to your family ! Will pray for you !

@BretBaier Thinking of your family always. Many prayers.

@BretBaier Prayers for parents, son and doctors, too – that all is successful!

@BretBaier Will storm heaven with prayers for the little guy ! x

@BretBaier thoughts & prayers are with you & your family. Sincere wishes for best possible outcome.

@BretBaier #TeamPaul will be sending many many prayers. You will all be only a thought away. #wearewithyou

@BretBaier @KatyinIndy Bret — God bless you and your son. Prayers for him and for you.

.@BretBaier Keeping your brave guy & your family in our prayers-

@michellemalkin @BretBaier What a sweet boy. Said a prayer for an easy recovery.

@BretBaier Sending prayers up for Paul's heart surgery tomorrow May God continue to bless you and your family. #LittlefighterPaul #CCOT

@BretBaier Paul is an amazing little man with such strength. He'll be in all our thoughts and prayers, wishing him a speedy recovery too.

Amen. We send our very best to brave, beautiful Paul and the entire Baier family.

Thank you all for your thoughts & prayers for our son. Please visit 'The Daily Bret' for more about his surgery: http://t.co/FIvip1KfyS

‘Arithmetically impossible’! Pollster explains why the 2020 election is ‘deeply puzzling’ in fact, stat, and math-filled thread