The Supreme Court is hearing oral arguments today on same-sex marriage. [Editor’s note: Since @BarackObama is no longer officially affiliated with President Obama, please disregard the previous two sentences and see the editor’s note at the end of this post.] This morning, the OFA-manned @BarackObama Twitter account breathlessly shared this pic extolling the (r)evolver in chief: 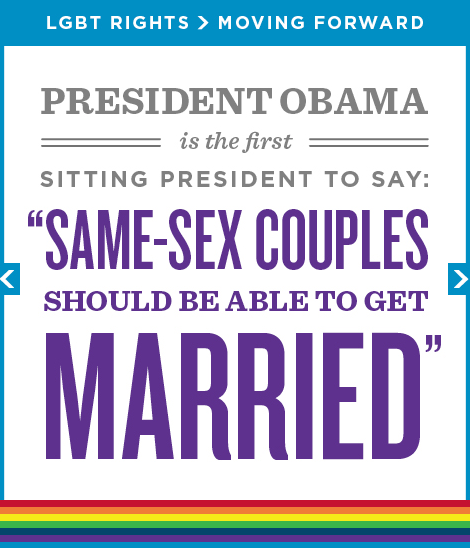 Hey, the gay marriage issue is a big deal to many people — but not nearly as big a deal as Barack Obama.

It’s all about him, America.

Editor’s note: Just to reiterate, the verified Twitter account that bears Barack Obama’s name is managed by an “independent organization.” While questions remain about just how independent it is, there is no indication that the president had a hand in crafting the tweet in this post.

Shorter Obama: Same sex marriage not about gay people; It’s all about me

Obama: Being LGBT is all about me!

President Obama continues to use gay people as way to cash in, Ellen DeGeneres falls for it; Update: Not gay pride, Obama pride

‘Not a gay couple’: Dems outline plans for super-inclusive convention

No gay-lo for Rob Portman: Many libs lash out at senator for ‘evolving’ on same-sex marriage

Sen. Mark Warner latest to evolve on same-sex marriage; ‘It is the fair and right thing to do’