Coworker, just now: "This is going to be one of the biggest political fights Michigan has ever seen." #rtw #righttowork

Michiganders fed up with being under Big Labor’s thumb are marching today on the Michigan capitol in favor of right-to-work legislation. If enacted, members of unions such as the UAW would no longer be forced to contribute dues:

[Terry] Bowman was forced to join the UAW when he began working for Ford in 1996. He had to pay the union dues or a steep agency fee as a condition of employment. Right-to-work, he says, would give workers the freedom to withhold their dues if they do not approve of how union officials spend the money.

Unions are countering by asserting that right-to-work legislation would put an end to collective bargaining. That is not the case:

“It doesn’t ban unions or collective bargaining—that’s protected by federal law [the National Labor Relations Act],” he said. “It makes union officials answerable and accountable to the workforce.”

And that’s a cause worth uniting behind.

Americans for Prosperity Michigan is leading the charge:

The time is now to #savemi and pass #MIRTW. Support worker freedom!

And despite union thugs’ best efforts at intimidation, right-to-work advocates are holding the line:

@michellemalkin Union thugs must be cold. Not a ton of them here yet. pic.twitter.com/vp2loBxh 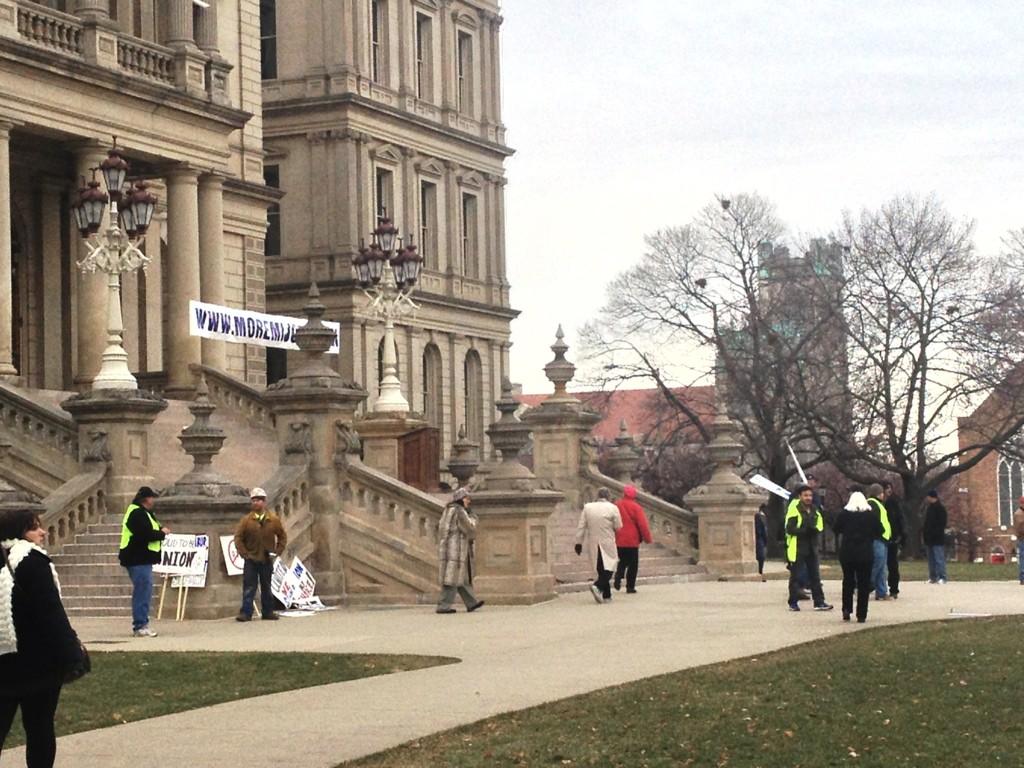 @michellemalkin Conservatives coming out in force to back the Right To Work legislation. #tcot #lnyhbt pic.twitter.com/7W6u1BOd 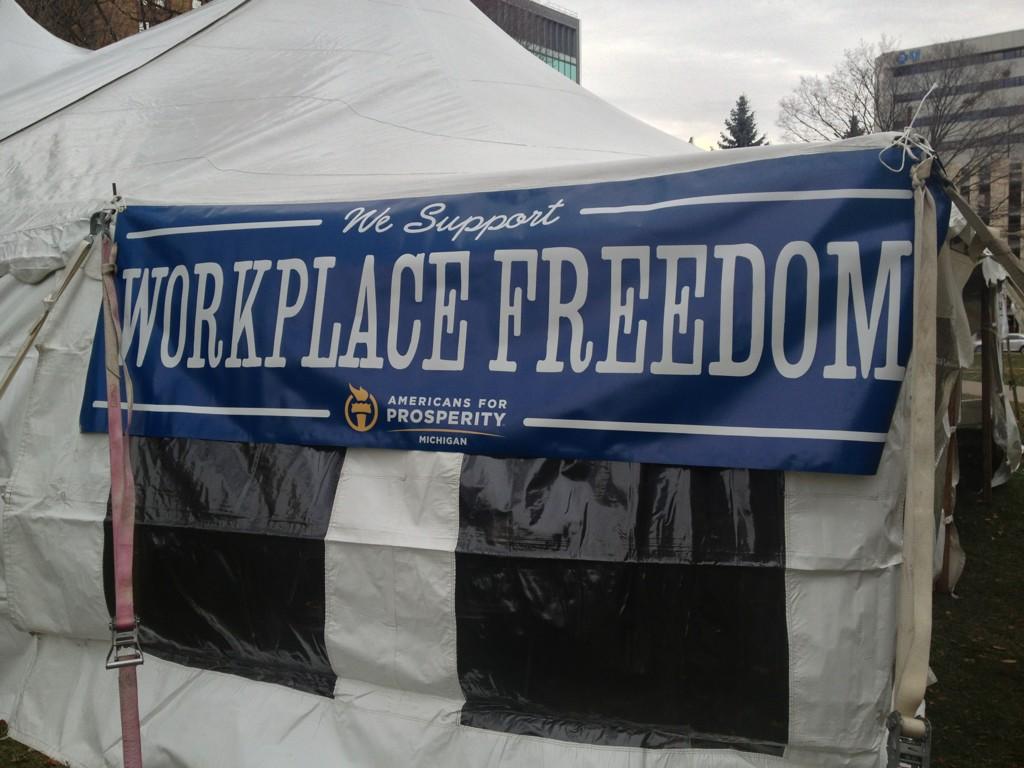 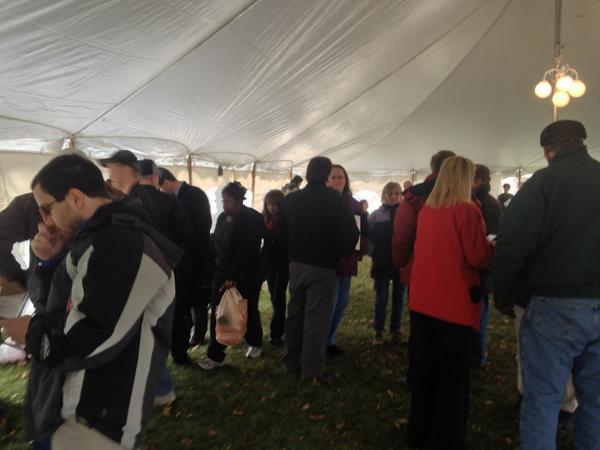 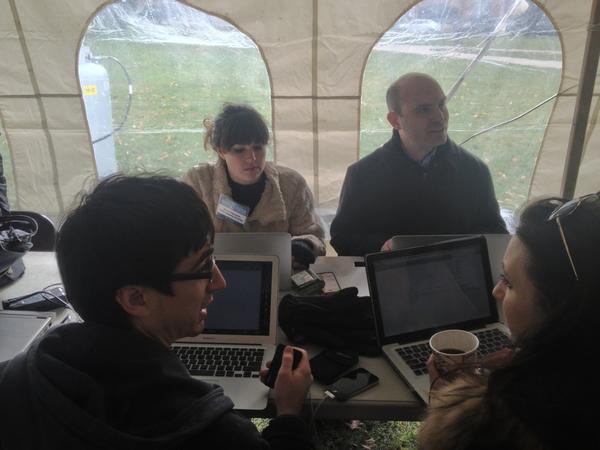 Americans For Prosperity numbers growing in the fight to take back Michigan. @michellemalkin @khoekstra #tcot pic.twitter.com/KyBHn45u 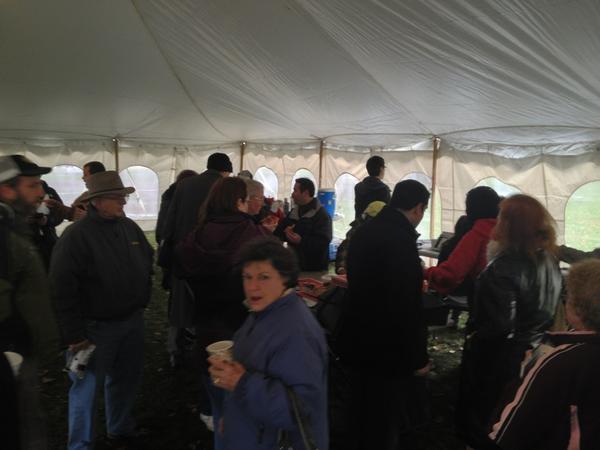 Americans for Prosperity inside the capital. You won't see the media cover that. @michellemalkin @khoekstra #tcot pic.twitter.com/TyVDy3Lc 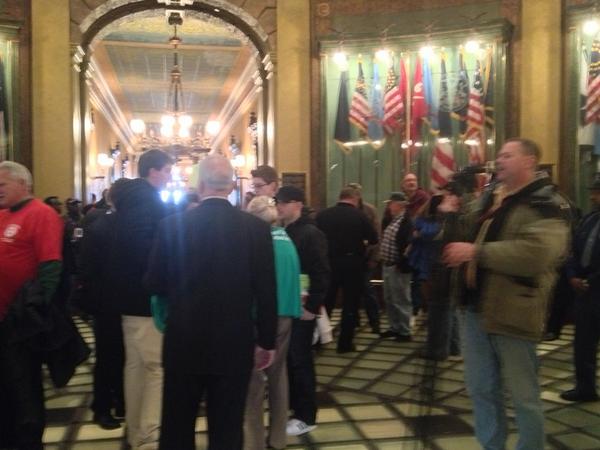 Round 2 #WorkplaceFreedom Lobby Day: #MIRTW is on the agenda: RT if you want to end forced unionization! pic.twitter.com/292mqiU9

Unions are reacting in typical fashion: 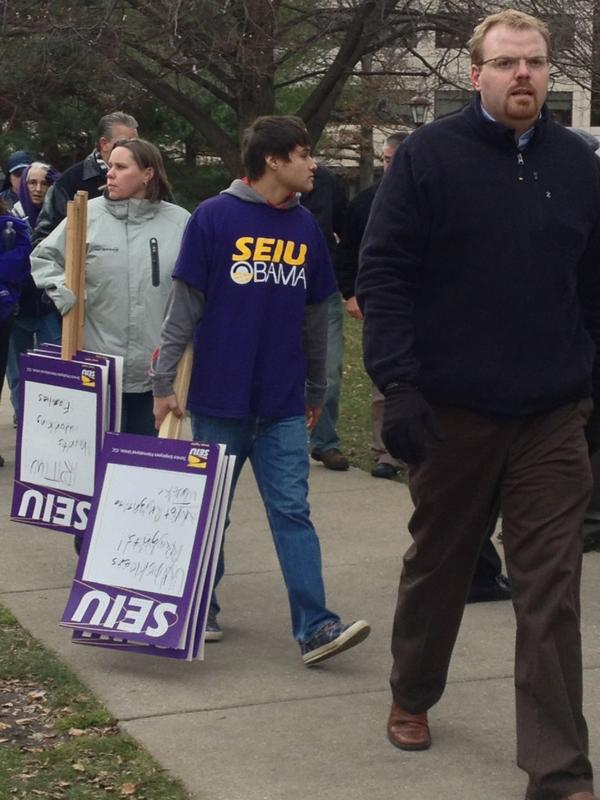 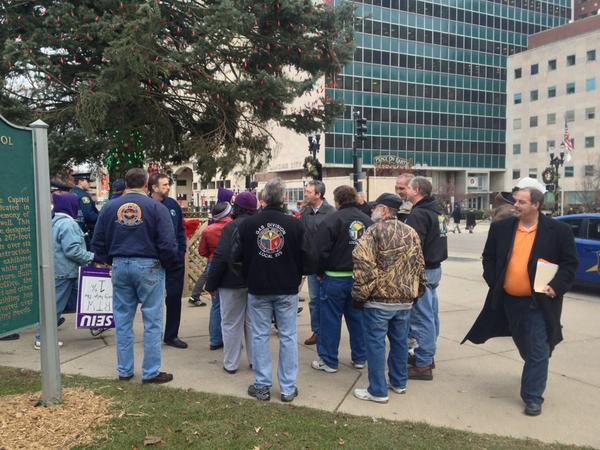 Union reps told me to F Off when I asked when are you guys not on break @michellemalkin @khoekstra #tcot pic.twitter.com/1NfaNVgN 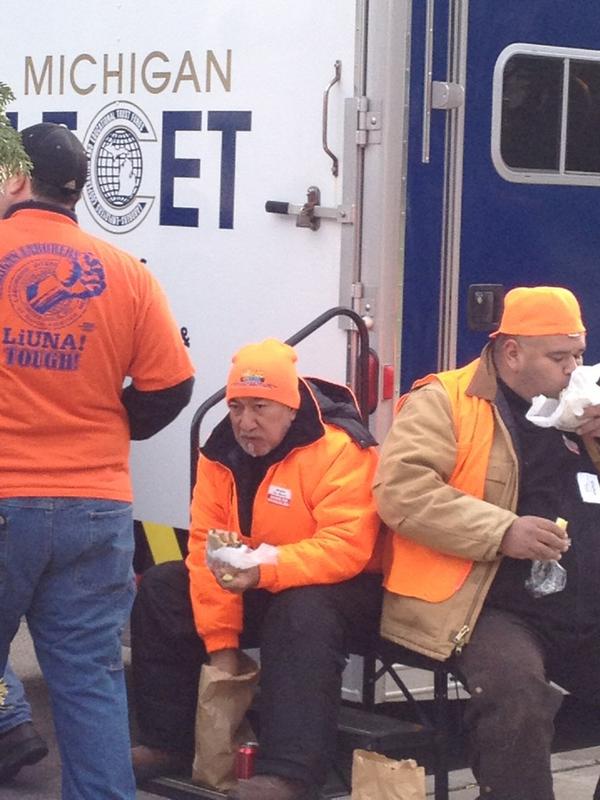 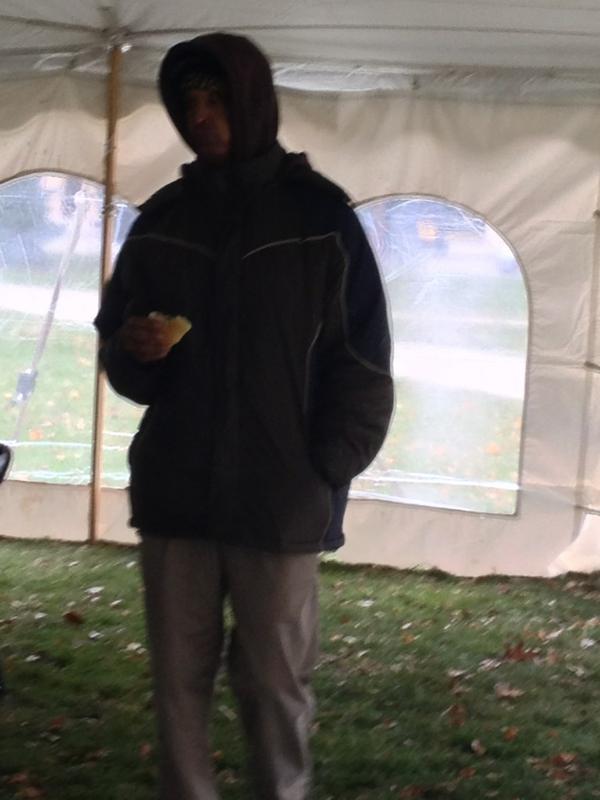 Unions bringing in people from out of state. This is a Michigan issue morons. @michellemalkin @khoekstra #tcot pic.twitter.com/RbHgM7nu 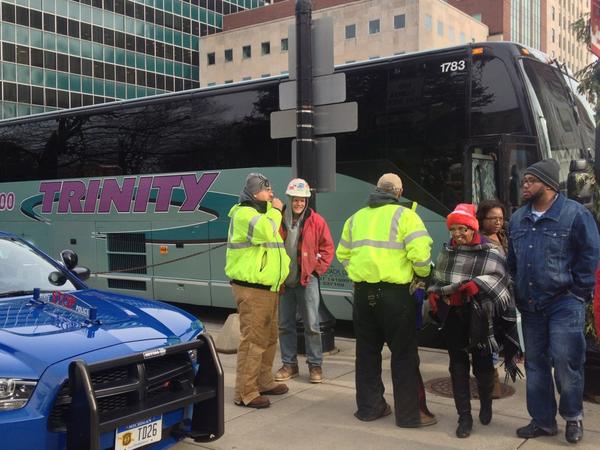 These extras were evidently bused in for thug reinforcements. The capitol was put on lockdown after being stormed by union members:

MSP has LOCKED DOWN Capitol after out-of-state protesters tried to break down doors to state House! 1 thug pepper spryd pic.twitter.com/9sok3xHs 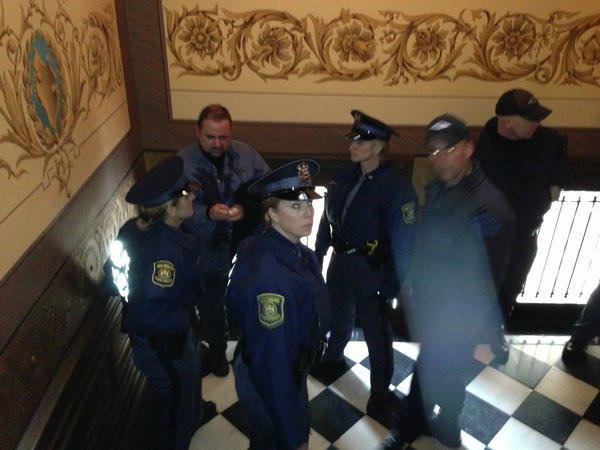 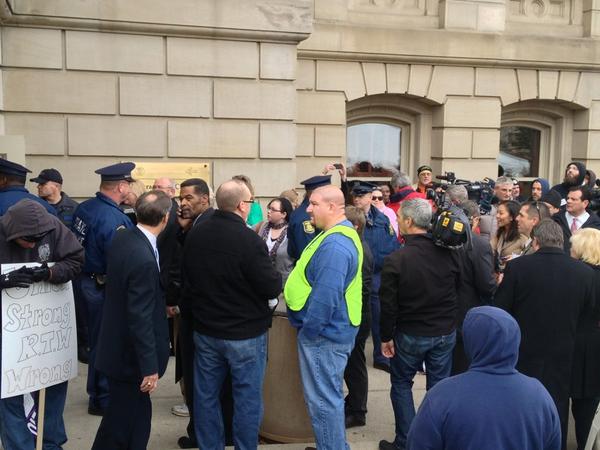 Union skull-crackers notwithstanding, the Michigan legislature will take up the right-to-work bill today:

Looking good for #RTW in Michigan. @onetoughnerd "When it arrives on my desk, I plan on signing it." Let's #savemi; pass #MIRTW.

If the bill passes, Michigan would be come one of the largest right-to-work states in the country. And that’s more than AFL-CIO President Richard Trumka can handle:

Republican legislators & Gov. Rick Snyder are willing to put politics ahead of Michigan’s well-being. This could not be more divisive.

Stmt by AFL-CIO Pres @RichardTrumka on Right to Work in Michigan http://t.co/bFCUuCjH

Perhaps he should reserve his outrage for his criminal minions. 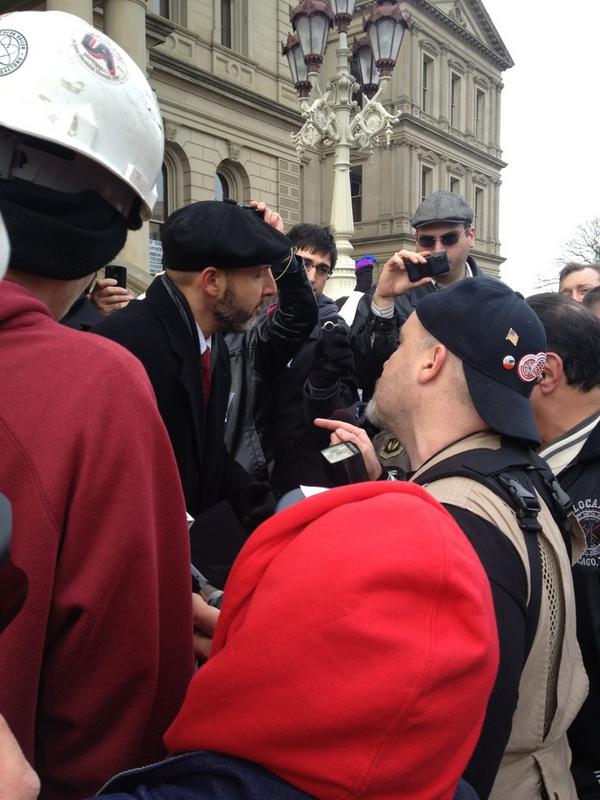 Good for them. Stand strong, Michigan.

Proud of @onetoughnerd for supporting Right-To-Work legislation. Make sure he knows he has your support! #migov #MICHIGAN #tcot

The bill has passed in the Michigan State House and Senate.