Train to & from NYC still on very limited basis. Sandy is still with us. Just me and 5000 of my closets friends waiting in Penn Station

Yikes. New Jersey-based commuters on their way home were greeted tonight by sardine-can-like conditions at New York City’s Penn Station. While New Jersey Transit is on the mend after taking a beating from Hurricane Sandy, there’s clearly still a long way to go:

The scene at Penn Station every night going home since the storm. Skipped this one. I fear for people. #njrush pic.twitter.com/wok8agq7 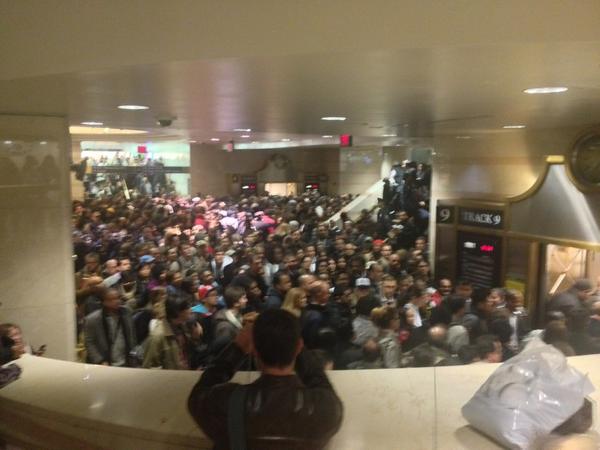 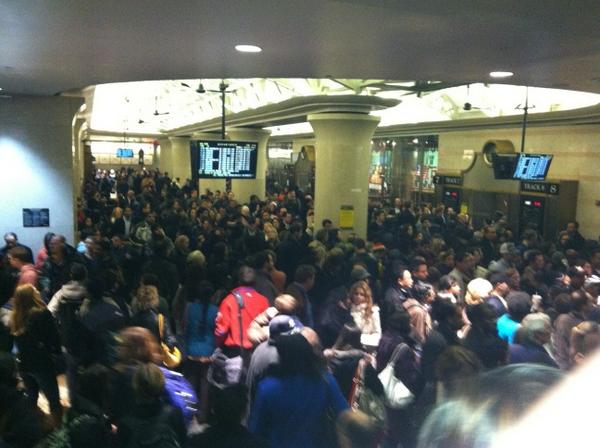 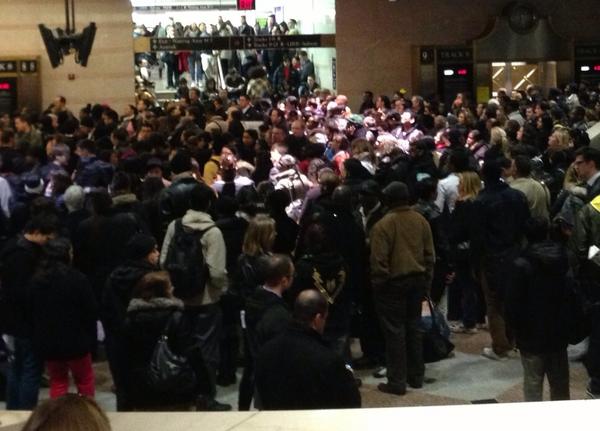 Here's what it looks like at Penn Station right now. Tons of people. pic.twitter.com/3dgASGZT 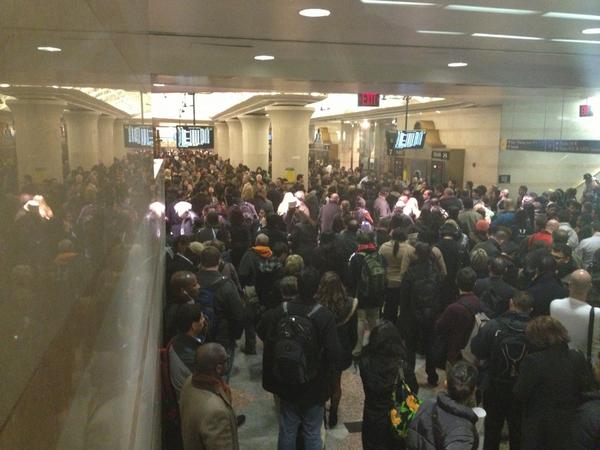 NJ transit in Penn Station could give you a heart attack right now. Mobbed, pushing and being herded by many Homeland Security police

There are a million people in Penn Station MY GOD!!!!

At Newark Penn Station. These lines are ridiculous!!! The buses to Journal Square are wrapping around three blocks!

The wait for the train @Penn station is crazy right now